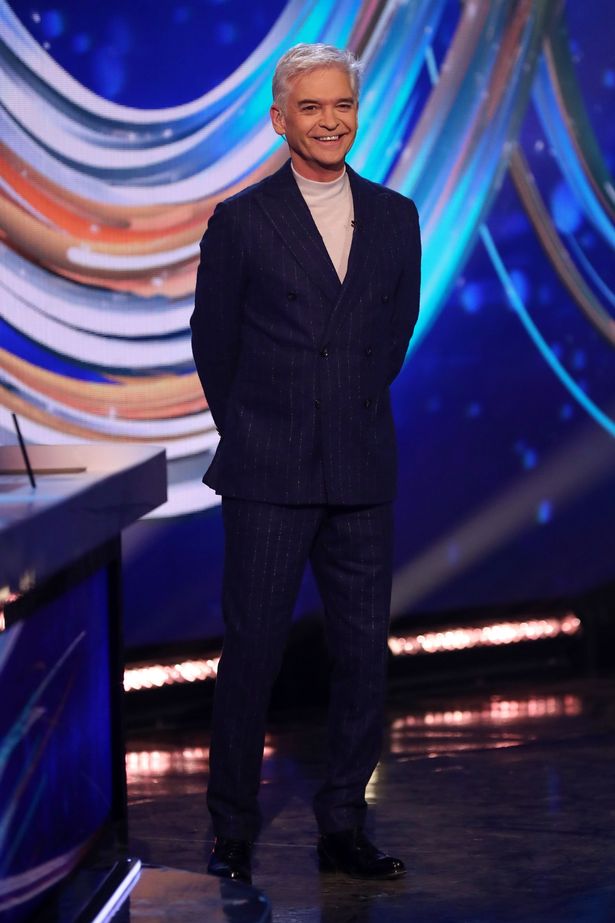 Phillip Schofield was the subject of much ‘confusion’ among Dancing On Ice viewers, as some questioned whether he had forgotten to finish dressing.

Last week it was his co-host Holly Willoughby that was the subject of much attention from those watching the ITV skating competition.

The show had been subjected to Ofcom complaints as Holly’s outfit split opinion over whether it was ‘too revealing’.

This time, there were no such problems as Holly looked resplendent in a ‘wedding’ inspired white dress with feathers and ruffles.

It was Phillip who got tongues wagging on Twitter, as he wore a double-breasted suit and polar-neck sweater, which was a different fashion path to his usual suited and booted appearance.

While Phillip had left viewers scratching their heads, there was a unanimous feel about what Holly was wearing, as social media was flooded with positive vibes for her dress.

Holly was feeling the love directly on Instagram, where she had posted a preview pic of her outfit ahead of the show going live.

She captioned the photo: “Week 2 @dancingonice … Baby it’s cold outside but things are heating up on the ice… @itv 6pm… Dress by @halfpennylondon Jewelry by @yokolondonpearls shoes by @sophiawebster.”

* Dancing On Ice continues next Sunday on ITV.