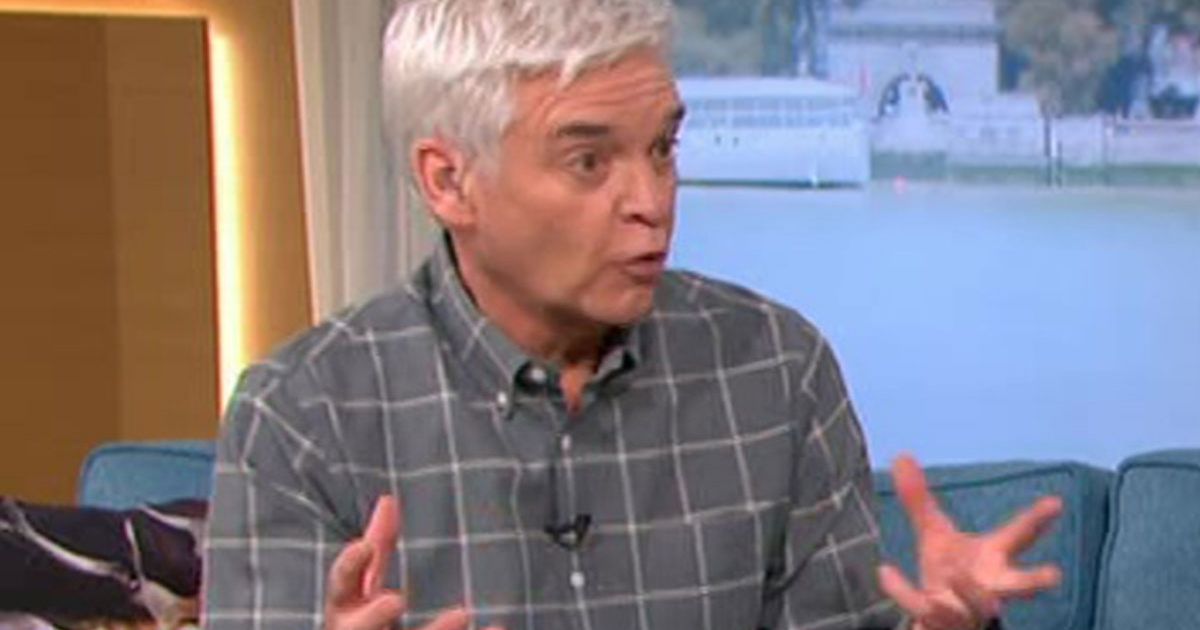 Phillip Schofield was left gobsmacked last week when Jonah Falcon showed him an X-rated image of his manhood, which he claims is 13 and a half inches long

Phillip Schofield has admitted that he can’t stop thinking about the man who claims to have the world’s largest penis.

The 59-year-old TV presenter was left gobsmacked last week when he and co-host Josie Gibson welcomed Jonah Falcon onto This Morning.

Jonah claims to have a manhood that measures 13 and a half inches, and even showed Phillip and Josie an X-rated photo of his private parts.

As Phillip welcomed Holly Willoughby back to the show on Monday following a stomach bug, the mum-of-three admitted that she had watched the ITV programme at home.

“All I did was watch you, it was a great show – I really enjoyed myself in my sickness!” Holly, 40, told her pal Phillip.

“You missed the man with the biggest penis in the world!” Phillip, 59, quickly replied.

“I did not, I watched it and I was glad I was at home!” Holly fired back, before dad-of-two Phillip admitted: “There’s something I can’t get out of my head!”

During the interview with Jonah last week, Phillip told viewers: “For size comparison, what Jonah is packing is the same – in length – an erect NTA,” Phillip announced as he held up an award.

“And an Academy Award too!” Jonah butted in as Phillip as Josie commented: “Oh my goodness!”

Phillip also produced an aubergine and confirmed that is the same size as Jonah’s penis when it is ‘flacid’ as he told him ‘you’re like a living emoji’.

The duo then attempted to conduct a serious interview with man who admitted “once or twice I accidentally sat on it”.

He said that he doesn’t wish he was any different, telling Phil and Josie: “Here’s the thing, I look down and there’s nothing special.”