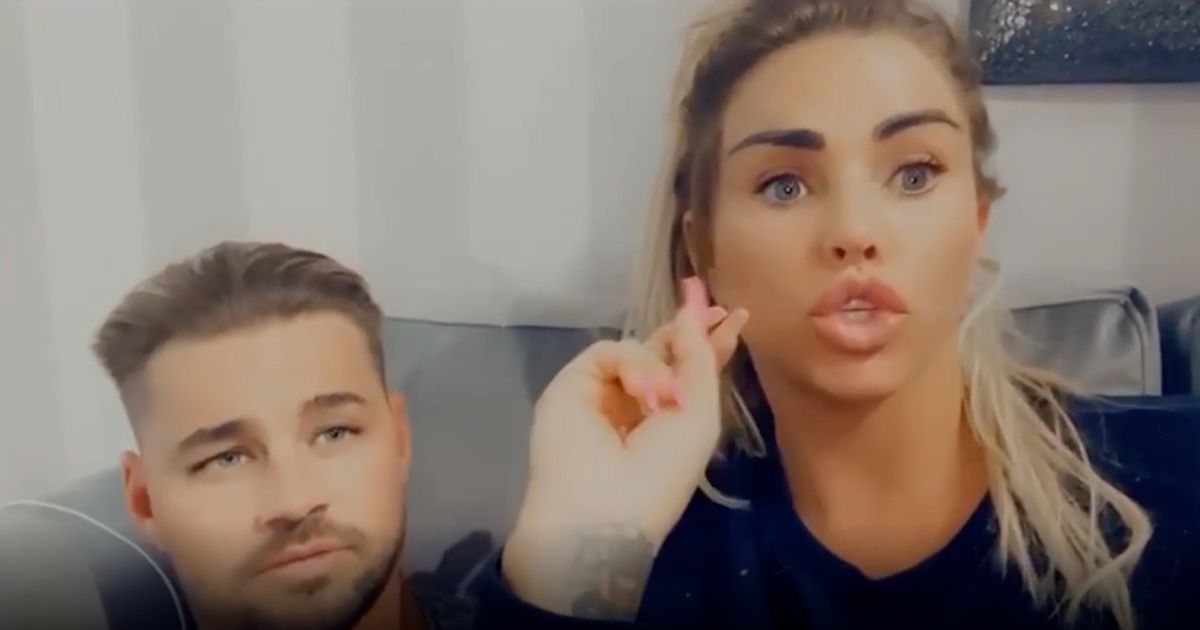 I’m A Celeb: Naughty Boy and Snoochie do the plank challenge

Katie Price has hit out at this year’s I’m A Celebrity contestants for their lack of celebrity status.

The former glamour model sat down with fiance Carl Woods to give her reaction to the opening episode of this year’s contest – a programme she’s appeared on twice.

And the pair didn’t hold back their thoughts as they said the latest edition should change its name to “I’m A Non-Celebrity” with some contestants failing to have a huge number of social media followers.

Katie, 43, and Carl, 32, slammed some of this year’s contestants for having “even less followers” than Carl.

Carl said on the video posted to Katie’s 2.7 million Instagram followers: “Even me, a nobody, has more followers than some of these people.

“To me, if you’re a celebrity you don’t need to go in and say ‘hi I’m so and so’ because you’re meant to be famous.”

The duo then called out stars for having only 16,000 followers on Instagram with Katie adding her surprise there is no Instagram “influencer” included in the line-up.

The mum-of-five added: “It should be called Who Are They? Are You A Celebrity or Aren’t You?”

Katie goes on to talk about how she appeared on the show twice – something she is the only person to ever do – and call out the fact it is in Wales.

She said: “To me, it should be in Australia. I watched the show last year in the castle and to be honest I thought it was absolutely s***.”

After Carl once again said the show shouldn’t be called I’m A Celeb, Katie continued: “They’re filming it in Wales so no-one really has to fly anywhere and this is the only people they could pick out of the real celebrity land.”

The pair did however praise the show for its opening challenge and Katie confessed there would be no way she could have completed it if she was on the show.

The opening episode of this year’s contest saw viewers terrified of the first challenge which saw Louise Minchin, Naughty Boy, Danny Miller and Snoochie Shy walk along a plank above a lake.

The challenge itself required the campmates to walk along a plank towards the end and they had to wait for a red light to turn green. Once this happened, they had to press a button using their foot and whichever celeb was fastest won.

Ant said: “The red lights will start to flash and when the green light comes on, you must press the button with your foot. The first celebrity to hit their button will win and the loser will be dropped from their plank.”

Katie labelled the challenges “bloody good” and changed her tune to say she is already “hooked” on the show due to the challenges.

She finished by saying she is “hook, line and sinkered” and told people to forget the fact she doesn’t rate the celebrity line-up.