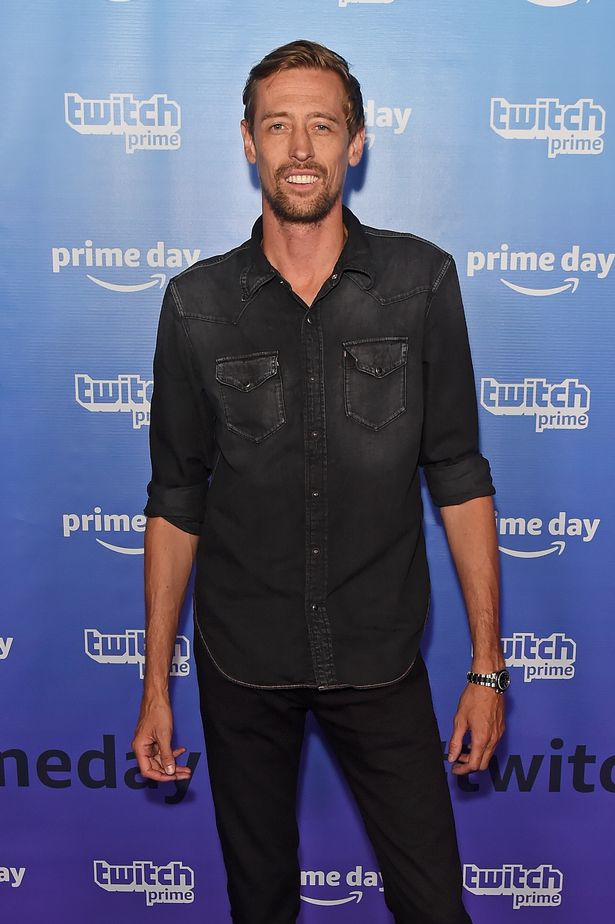 Peter Crouch could be swapping out his football boots for dance shoes as the bosses of Strictly Come Dancing have him in their sights to compete in the upcoming 2021 series.

The 40-year-old sporting giant is a top choice for the makers of Strictly – who are busy planning the forthcoming 19th series of the long-running talent show, which is due to hit screens next month.

Peter would be the tallest contestant to ever feature on the show, if he did agree to appear – while he would also be following in the footsteps of his wife, Abbey Clancy, who starred on, and won, series 11 of the show way back in 2013.

The BBC already know Peter is a hit with viewers – with his lively sports and music based entertainment series Peter Crouch: Save Our Summer, and his smash hit Euro Cup entertainment show Crouchy’s Year Late Euros: Live.

The star stands tall at 6ft 7in while pro dancers such as flame haired Australian Dianne Buswell is a modest 5ft 3in.

Tess Daly and Claudia Winkleman are due to return to presenting duties on Strictly next month when it returns to screens – with Craig Revel Horwood, Shirley Ballas and Motsi Mabuse all due to return to their judges seats.

Original show judge Bruno Tonioli is to be replaced with Anton du Beke for the 2021 season as he has opted to work on Dancing With The Stars in the USA instead of Strictly, with Covid restrictions and travel chaos making it impossible for him to fly between the two shows as he has done in the past.