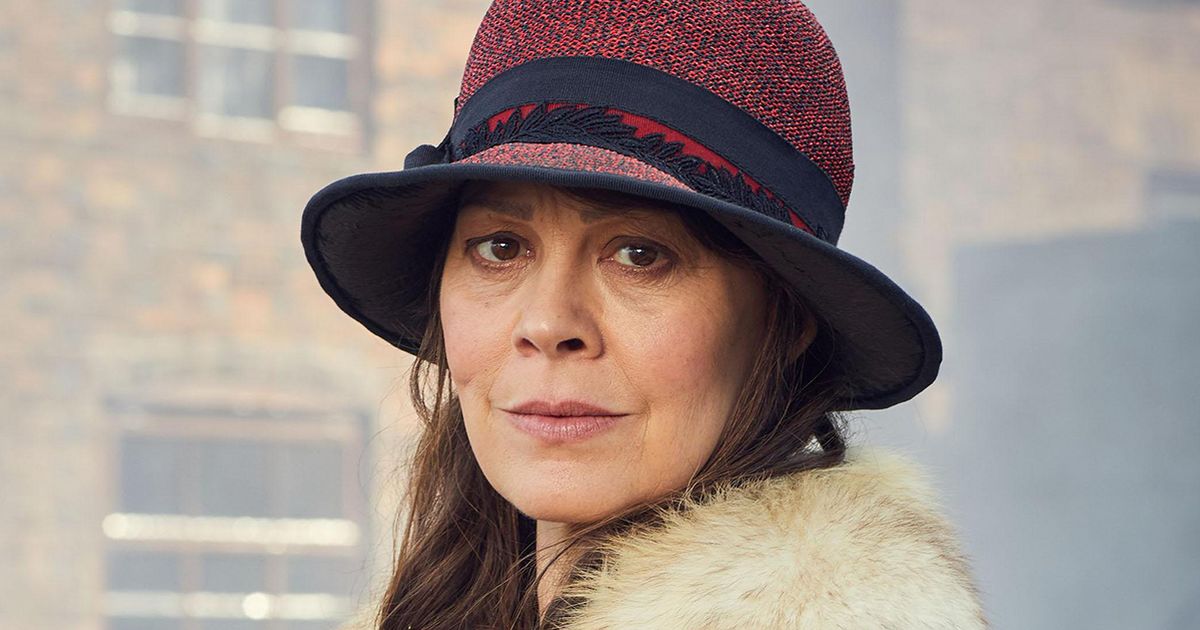 The final series of hit BBC One series Peaky Blinders began with an emotional ode to actress Helen McCrory, who sadly died last April following a battle with breast cancer

The series opener for the sixth series of Peaky Blinders drew in an impressive 3.8million viewers, with fans praising the tribute to late actress Helen McCrory, following her passing almost one year ago.

Devoted fans of the series eagerly tuned in on Sunday night to catch up with the latest antics from the notorious Shelby family and were left incredibly moved when they witnessed Helen McCrory’s exit and tribute.

The episode addressed McCrory’s absence by writing her death into the storyline.

Tommy Shelby, played by Cillian Murphy, could be seen coming to terms with the consequences of his ambitious actions as a cart of dead bodies was brutally delivered to his door.

Opening the body bags while crying, the scene then jumped to a portrait of Polly, implying she was among the victims in the body bags.

Polly’s son Michael watched the memorial for his mother and said: “Mum, it was the ambitions and strategies of one man that caused this.

“And I swear on the devil of the almighty God, no matter what it takes, no matter how many lies I have to tell, I will take revenge on Tommy Shelby.”

Before the credits rolled a tribute appeared on screen which read: “Dedicated to the memory of Helen McCrory OBE ‘Polly Gray’” as the sounds of birdsong played in the background.

Rebecca Foster, the artist who painted the portrait shown in the episode, penned: “It was such an honour and huge responsibility to paint this portrait of Helen McCrory for this evening’s episode of Peaky Blinders. I hope I did her justice.”

Helen was a hit with viewers, all of whom were moved by the tribute
(

While one fan wrote: “RIP Helen McCrory. What an absolutely incredible woman you were.”

Another added: “Phenomenal writing from Steven Knight acted out superbly by the cast. What a tribute to Helen McCrory. #PeakyBlinders.”

A third fan tweeted: “Brilliant opening episode. Already a lot of moving parts to the series, but its chief triumph has to be the beautiful tribute to the late, great Helen McCrory – whose Aunt Polly still feels so present. #PeakyBlinders.”

While a fourth penned: “It’s great to finally have the return of the epic Peaky Blinders this evening but it will also feel very bittersweet with the absence of the brilliant Helen McCrory as Aunt Polly.”

It has been reported that the episode garnered a whopping 3.8 million viewers, which beat the series five launch in 2019 by 100,000.

McCrory died of breast cancer in April 2021 when she was just 52.

She passed away at her home in London on April 16, and her husband announced her death on Twitter.

Damian Lewis stated that she had died “peacefully at home, surrounded by a wave of love from friends and family”.

She had kept her diagnosis secret, and very few people knew of her illness before her death.

At the time of her death she was in the middle of shooting series six of the programme, which is why she was written out of the plot.