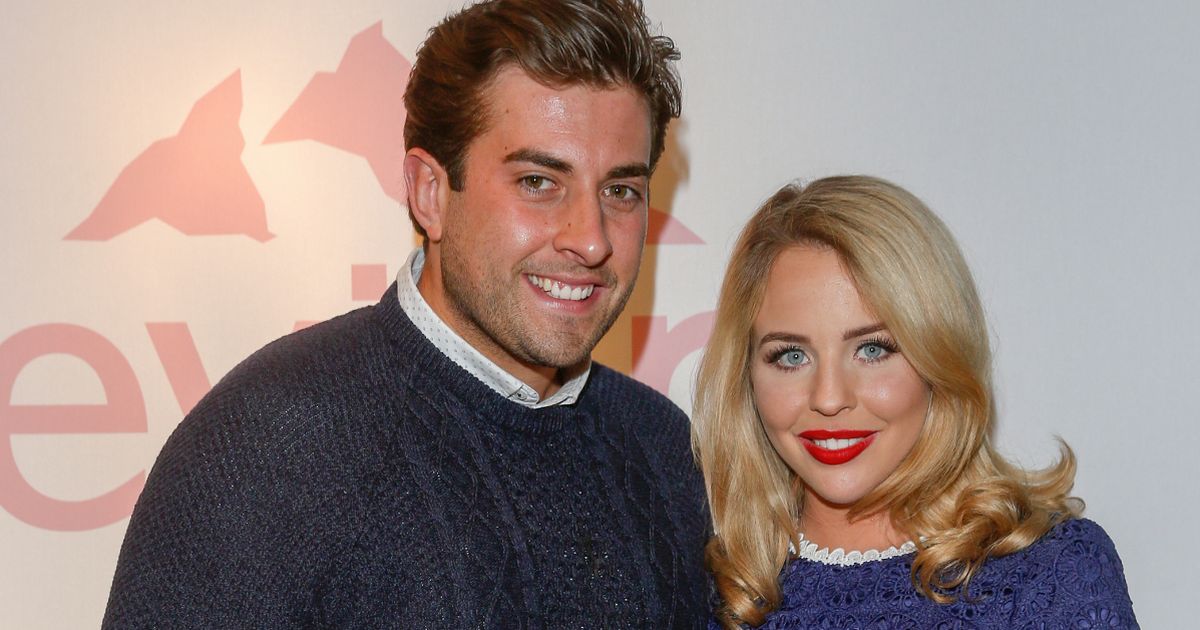 James Argent opens up on friendship with ex-girlfriend Lydia Bright

James Argent has lovingly called his ex-girlfriend Lydia Bright his ‘best friend’ as he finally addressed reconciliation rumours which have been rife in recent months.

The TOWIE star, 34, has lifted the lid on whether the thinks he and Lydia will ever get back together.

During an appearance on Loose Women, James opened up about how his ex-girlfriend has been ‘his rock’ throughout the past two years where he has battled with drug addiction and body-image issues.

James, who appeared to be in high spirits on the ITV show after shedding a whopping 13 stone, labelled Lydia as his ‘best friend’ after Loose Women host Ruth Langsford quizzed him on their close relationship.

“Lydia who you had an on and off relationship with for a long time, she’s a really good friend, and she’s helping you still,” Ruth prompted.

James and Lydia previously dated for over eight years
(

In response, James gushed: “Yeah Lydia’s one of my best friends. I dropped round a little present for her daughter Loretta the other day, I got her her first pair of Yeezys, baby Yeezys, so Lydia loved that.

“I was laughing because she went ‘I’ve got the fake ones and my daughter’s got the real ones!'”

However, Ruth wasn’t done digging on the rumours that the pair are ‘more than friends’.

The curious host went on to ask James straight out if there’s any chance of the former lovebirds ever getting back together.

The pair still have a close relationship with one another
(

James has shut down romance rumours between the pair
(

Sadly, James shut down the rumours as he confirmed that the pair are simply friends with nothing more between them than platonic love.

“No we were together for something like eight years,” James insisted.

“And there’s a lot of history there but we’ve made it clear to each other that we’re just so much better off as friends.

“We want to be in each other’s lives forever, but as mates.”

James and Lydia are ‘just friends’
(

James went on to reveal that he knows Lydia would be over the moon if he were to find the love of his life.

“Oh she’d be more than happy for me to meet someone,” James grinned.

“I think she’d be more than happy if I met someone else.”

It comes after the reality TV star admitted that he’s got his eyes on another celebrity.

James shocked Real Dirty Dancing fans when he admitted he has a huge crush on fellow star Anthea Turner.

The TOWIE star opened up to his male co-stars on his feelings towards the former Blue Peter presenter, 61.

And Arg hilariously admitted he used to dream of her giving him a Blue Peter badge.

The star shut down speculation
(

Speaking to his co-stars, Arg confessed: “Anthea does it for me. I used to watch her as a kid on the telly and used to dream of her giving me a Blue Peter badge.”

The dance group immediately burst into laughter as singer Lee Ryan quipped: “”I thought you were going to say something else then!”

Arg continued: “Anthea Turner, she just ages like a fine wine! She looks exactly the same as when I was a kid or in fact she probably looks even better!”