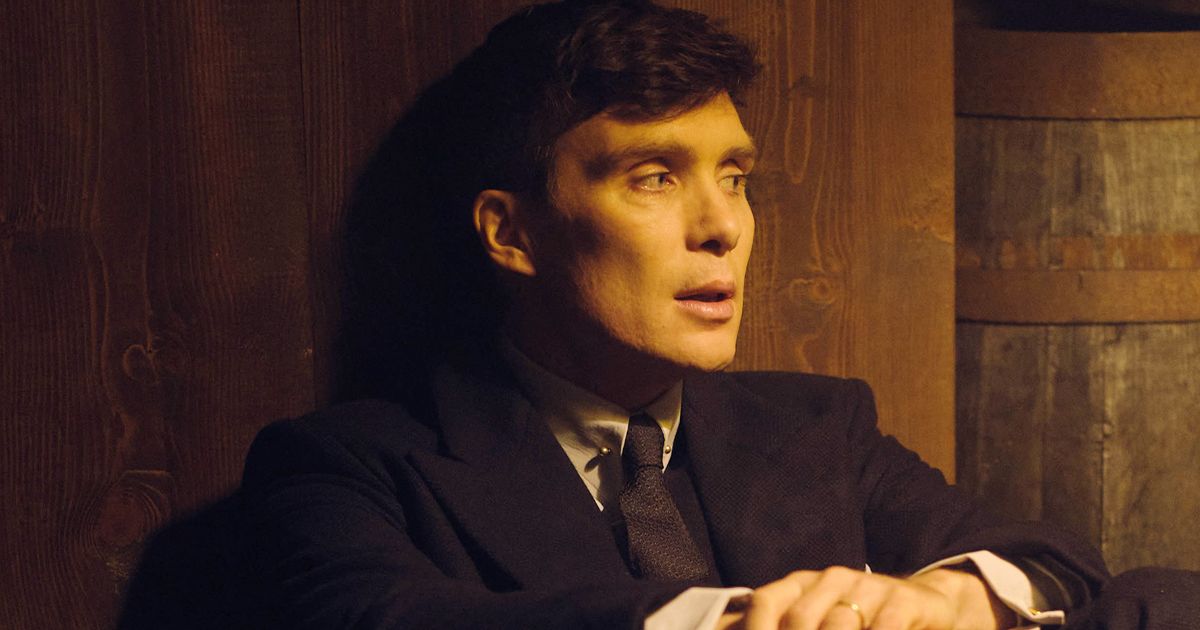 The sixth series of BBC gangster hit Peaky Blinders draws to an end this Sunday, while rumours are still rife the drama will return as a film, questions remain about the TV show will wind up – including does lead Tommy Shelby meet his maker?

Peaky Blinders comes to an end on Sunday night.

But the question on everyone’s lips is will Tommy Shelby die? And if he does, who or what will kill him?

Loyal fans of the BBC series have been handed a lifeline of seeing their hero again with rumours a Peaky Blinders film is in the works and scheduled for release in 2023.

Creator Steven Knight has previously hinted the BBC drama could continue in another form with or without Cillian Murphy’s lead character.

“The story of Small Heath and the Shelby family will continue,” he insisted. “There may be worlds that are part of the Peaky world that are about someone else, but he [Tommy] is the centre around which everything orbits.”

So does this mean Tommy is getting the boot to pave the way for a new generation of Peaky Blinders?

Here are all the questions which need answering when the last Peaky Blinders episode airs on Sunday, April 3.

“There will be a war and one of you will die, but which one, I cannot tell,” Polly has warned from beyond the gave.

There is no shortage of potential suspects who want Tommy dead, with Polly’s son Michael Gray saying on numerous he plans to kill the Birmingham gangland boss.

Viewers saw Tommy set Michael up and have him imprisoned in America. Michael is also seeking vengeance for the death of his mother – who was killed in a hit on the Peakys, viewers discovered, as Polly had to be written out of the show.

Other characters with a motive include Boston mobster Jack Nelson, the uncle of Michael’s wife Gina, and fascists Oswald Mosely and his bride-to-be Diana Mitford – if they discover Tommy has been trying to set them up this whole time.

Tommy’s wife Lizzie could also be a suspect after learning her husband had slept with Diana.

The Barwell Gypsies, who Tommy opened fire on in revenge for the death of his daughter Ruby, might want him dead even more after he murdered several of their family members in episode four. Ruby died of tuberculosis, but Tommy believes it was the result of a gypsy curse linked to the blue sapphire which got his wife Grace killed in season three.

A new character who only appeared in episode four is Tommy’s long lost son Duke, who was rejected by his father. So could he be about to seek revenge in the finale?

Or will Tommy’s death be of natural causes, as doctors diagnosed him with a tumour on his brain which is linked to tuberculosis and told him he only has 18 months to live.

The only other option is for Tommy to take his own life. We have seen him point a gun at his head several times since Peaky Blinders aired in 2013. One time he even pulled the trigger, but the gun didn’t fire.

Will Michael succeed in overthrowing Tommy?

Will Michael and Gina take over the family business?
(

Michael, dubbed the brains of the family, has been in prison for the whole of season six so far.

But at the end of episode five he was told he would be released if he agrees to kill his uncle Tommy Shelby.

After starting a new life in America with wife Gina, he plans to expand the family drugs business in the States.

Him and Gina proposed to head up the expansion in return for a few million pound a year as they would be taking all the risks.

When Michael brings up his proposal in a family meeting, Tommy chucks his plans into the fire.

But is now Michael’s chance to finally get what he wants – or will he be double crossed by Gina’s scheming Uncle Jack?

What will happen to drug addled Arthur Shelby?

Will Arthur kick his drug habit and live a normal life?
(

It’s not been easy for Tommy’s older brother Arthur Shelby.

Since he came back from the trenches of World War One, viewers have seen him struggle with mental health issues and outbursts of extreme violence.

In recent episodes, Arthur has become hooked on opium after his estranged wife Linda left him.

Despite getting clean several times, Arthur just can’t seem to kick the habit and is losing his nerve, which is affecting the family business.

Aunt Polly is no longer around to keep him in check. The only thing which is keeping him going is the promise of seeing wife Linda again.

Tommy tells him he is in touch with Linda and can make that happen as long as he gets off the drugs. But what will Arthur do when he finds out Linda is only going along with it as Tommy is paying her?

•Watch Peaky Blinders on BBC at 9pm on Sunday, April 3 or catch up on the series so far on BBC iPlayer