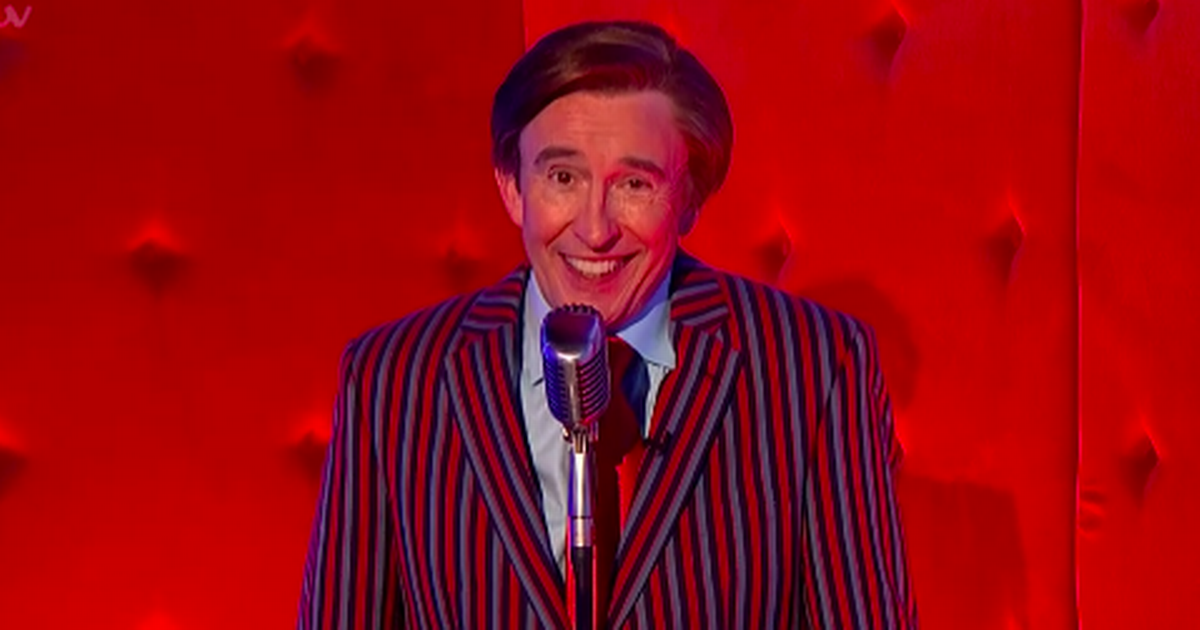 Ant McPartlin and Declan Donnelly were left squirming during the latest episode of Saturday Night Takeaway.

The hosting duo welcomed Alan Partridge into the studio as the latest guest announcer this weekend, but they weren’t prepared for some of his comments.

A parody of British television personalities, Alan Partridge is a tasteless and inept right-wing broadcaster played by actor and comedian Steve Coogan.

At one point, the iconic character joked he was coming dangerously close to violating ITV guidelines by nearly mentioning P&O Ferries.

The company recently sparked outrage by sacking 800 members of staff without warning.

After Ant and Dec played a game of Kiddie-oke with three members of the audience, Alan offered his thoughts and joked that the child performers would have earned a better salary working for “that ferry company”.

As Ant and Dec asked Alan for his verdict on this week’s edition of the studio game, he replied: “I thought it was great, although when I saw what you were paying those children I was appalled.

“I said they’d be better off working off for that ferry company you said I wasn’t allowed to mention because of ITV guidelines.”

Ant and Dec looked a little awkward following the remark and viewers flocked to Twitter to comment on the gag.

One person tweeted: “Alan Partridge, getting on the **** of the people he’s supposed to….Back of the net!

“If you can’t watch, maybe have a nice Saturday night discussion about the pedestrianisation of Norwich city centre instead. #antanddec #SaturdayNightTakeaway #alanpartidge #stevecoogan.’

Another person posted: “Alan Partridge is too clever for the Ant and Dec audience. It’s a pleasure to see him upstage the show without that audience even realising. Jurassic Park!”

However, other viewers didn’t enjoy his gags and one even accused him of “spoiling” the show.

“Alan Partridge, or Steve Coogan rather was a complete disaster, so unfunny and too cringe. Loved everything else and Ant and Dec as always. #SaturdayNightTakeaway,” one person said.

Another tweeted: “#SaturdayNightTakeaway absolutely love ant and dec being a fellow Geordie but found Alan partridge very patronising on the show tonight like he was to good to be there, might have been planned for him to be that way but did not go down well for me.”

A third viewer commented: “Alan partridge really is spoiling #SaturdayNightTakeaway for me tonight.”