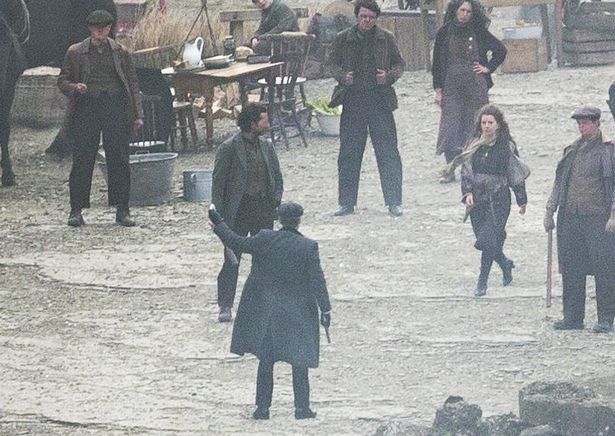 The stop-start filming for the sixth series of hit period crime drama Peaky Blinders hit a snag once again after a crew member reportedly returned a “false positive” test.

The test was in line with protocol for the BBC show and forced everyone who had been in contact with the worker to self-isolate.

It follows an official announcement last year that filming would have to be put on hold because of the coronavirus pandemic.

At the time, the show’s official social media accounts released a statement saying: “After much consideration, and in light of the developing situation concerning Covid-19, the start of production of Peaky Blinders Series 6 has been postponed.

“Huge thanks to our incredible cast and crew, and to all our amazing fans for their continued support.”

Filming for series six – the last ever for the show – eventually resumed in January.

The show was also recently shocked by the passing of Helen McCrory who died from cancer aged 52.

The actress played the popular Polly Gray in the series.

The show’s official social media pages posted an emotional tribute to the star.

“As a person she was off-the-scale charismatic, and deeply caring. We feel so privileged to have worked with her over the last decade. All our thoughts and love are with Damian and family.”

They followed it up with a beautiful photo of a clapperboard on set with a black and white image of the star accompanied by the words Rest In Peace Helen.