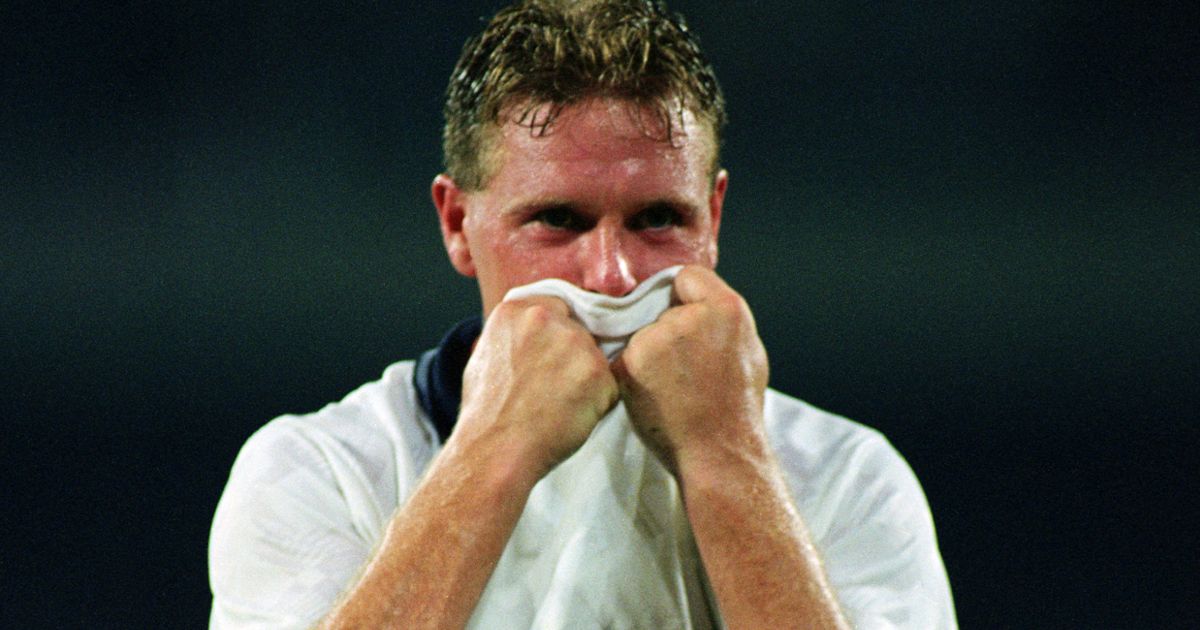 Paul Gascoigne’s remarkable, brilliant and heartbreaking life is about to be laid bare in a new two part series (

The 54-year-old is one of the finest footballers England has ever produced. In the National Football Museum, he is labelled as “widely recognised as the most naturally talented English footballer of his generation”.

As well as a phenomenal talent, he is also a huge character, a well-known personality famed for his iconic goal celebrations including the “ dentist’s chair ” at Euros 96 and “ playing the flute ” while at Rangers.

Gascoigne played for a number of clubs, including Newcastle, Tottenham Hotspur, Lazio, Rangers and Everton in a career spanning 20 years.

He also played 57 times for England, scoring in 10 from his position of attacking midfielder. An image of him in tears after receiving a yellow card against West Germany during the semi-finals of the 1990 Italy World Cup – a game England famously lost on penalties – is one of the best known in English football.

The image led to ‘Gazzamania’, with him snapping up Sports Personality of the Year after he returned from the competition.

But also after the World Cup, Gascoigne picked up an injury while playing for Tottenham that would go on to hamper the following years of his career.

He was extraordinarily unlucky, with the injury plaguing him for years.

What is Paul Gascoigne’s net worth?

Gazza was one of England’s finest talents
(

And is still adored by fans
(

According to Celebrity Net Worth, Paul Gascoigne has a net worth of around £76,000.

As a professional footballer, he would have earned far more than this – he set a new British record as the nation’s most expensive player when he was bought by Tottenham for £2 million.

This might not seem like much for someone at the top of one of the most lucrative sports in the world, and that’s because he blew his enormous fortune.

It is no secret that Gazza has suffered through dark mental health battles and hasn’t worked in football after he was sacked from managing Kettering Town in 2005.

He lasted just 39 days in the job with the club’s owner, Imraan Ladak, blaming Gazza’s drinking problems for the failure.

The former Tottenham man had said he would be there for the long haul, even offering to buy up a third of the club as a symbol of his commitment to making the project work long-term.

How did Gazza lose his money?

Paul Gascoigne and his son Regan, who won 2022’s Dancing On Ice
(

And at a Euros ’96 group match against Scotland
(

As the latter parts of Gazza’s career wore on, he became increasingly inflicted by alcoholism, something he’s spoken openly about in the past.

Gazza blew his enormous £20 million fortune over the years. Speaking to the Mirror in 2020 he said: “I’ve probably got through about £20 million when you take into account royalty payments, wages, sponsorship deals.

“I gave a lot of money away to family. I’m not materialistic.

Back in 2021, Gazza offered a glimmer of hope saying that he could now control his addiction and was drinking beer and wine but sticking clear of the spirits.

He has insisted that he will “always be an alcoholic”, but that he could now enjoy “a couple of glasses of wine or a few glasses of beer”.

“I’m in a better place – it’s the happiest I’ve been for many years,” he added.

“I’m content now, happy in myself. I’ve just had my first holiday in 15 years in Tenerife, and I’m enjoying myself for the first time in a very long time.”

The new documentary about Paul Gascoigne, Gazza, airs on April 13 at 9pm on BBC 2. Part two will arrive a week later at the same time on Wednesday, April 20.

Gazza: Triumphs, tears and the betrayal of an English football superstar