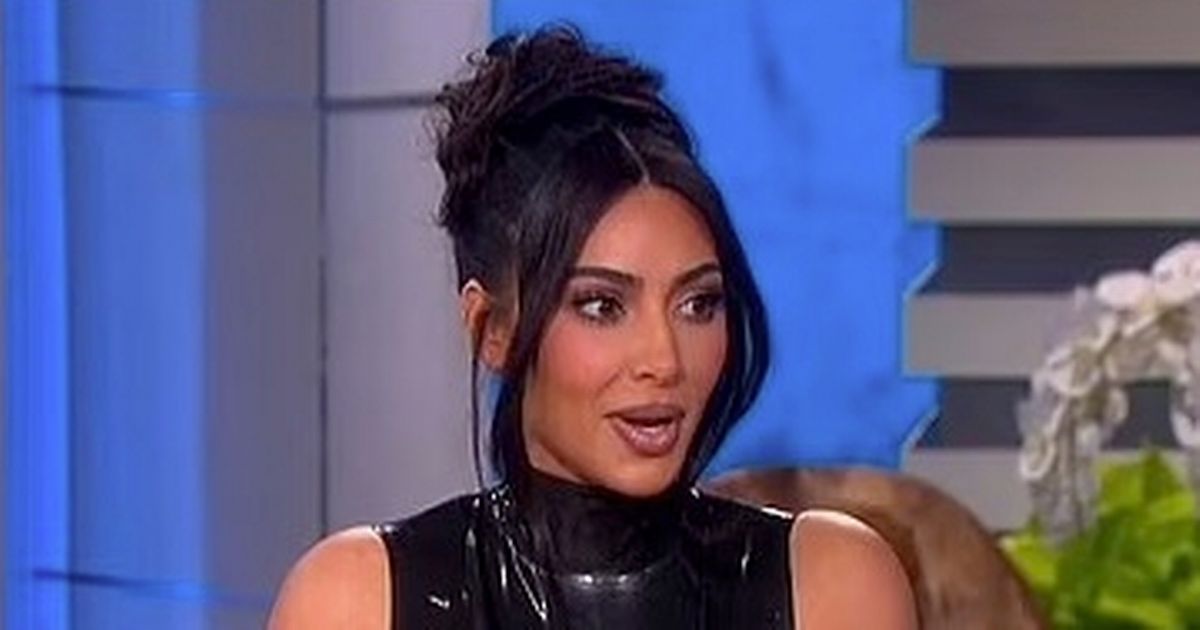 Kim Kardashian among stars at the 2021 Met Gala

Kim Kardashian has donned a huge variety of outlandish outfits over the years and she admits they haven’t always been comfortable.

But, in the name of fashion, the reality TV star, 41, has confessed comfort doesn’t matter and claims she’d even wear a nappy go avoid going to the bathroom if it meant she looked good.

Proving her point, the SKIMS founder rocked up to her chat on The Ellen DeGeneres Show wearing a skin tight backless latex dress and a pair of stunning high heels.

And she admitted she bought adult nappies for her California bar exam after thinking she had to sit the full eight hours straight.

Examples of standout styles in years gone by include last year’s entirely black number. The star wore a head-to-toe black Balenciaga outfit to the Met Gala last year before wearing a neon blue outfit with huge trail for the 2022 Vanity Fair Oscars Party.

The Keeping Up With The Kardashians star was wrapped in yellow Balenciaga tape which covered her all-black under layer.

Elsewhere in her chat with Ellen, Kim discussed her recent Vogue photo shoot and labelled her eight-year-old daughter North as her stylist.

She said: “She walked out and was like “this is so boring, I can’t believe this is what we’re going to wear. I’m going to dress everyone.

“She styled the whole thing,” Kim explained after admitting she had originally planned on wearing a selection of all-black outfits.

Kim went on to joke that photoshoots involving her children, nieces and nephews are always ‘the worst day of my life’.

And she vowed to “never do it again” as it’s usually a struggle to get the kids to pose for a shot.

Kim hinted that she might still have more kid s in the future too.

While she stopped short of saying who she’d want to father any future kids, she’s been dating Saturday Night Live star Pete Davidson, 28, for the last six months.

When asked by the Kit Hoover if the comedian was “here for the long time or the good time,” Kim replied: “All of the above, hopefully.”