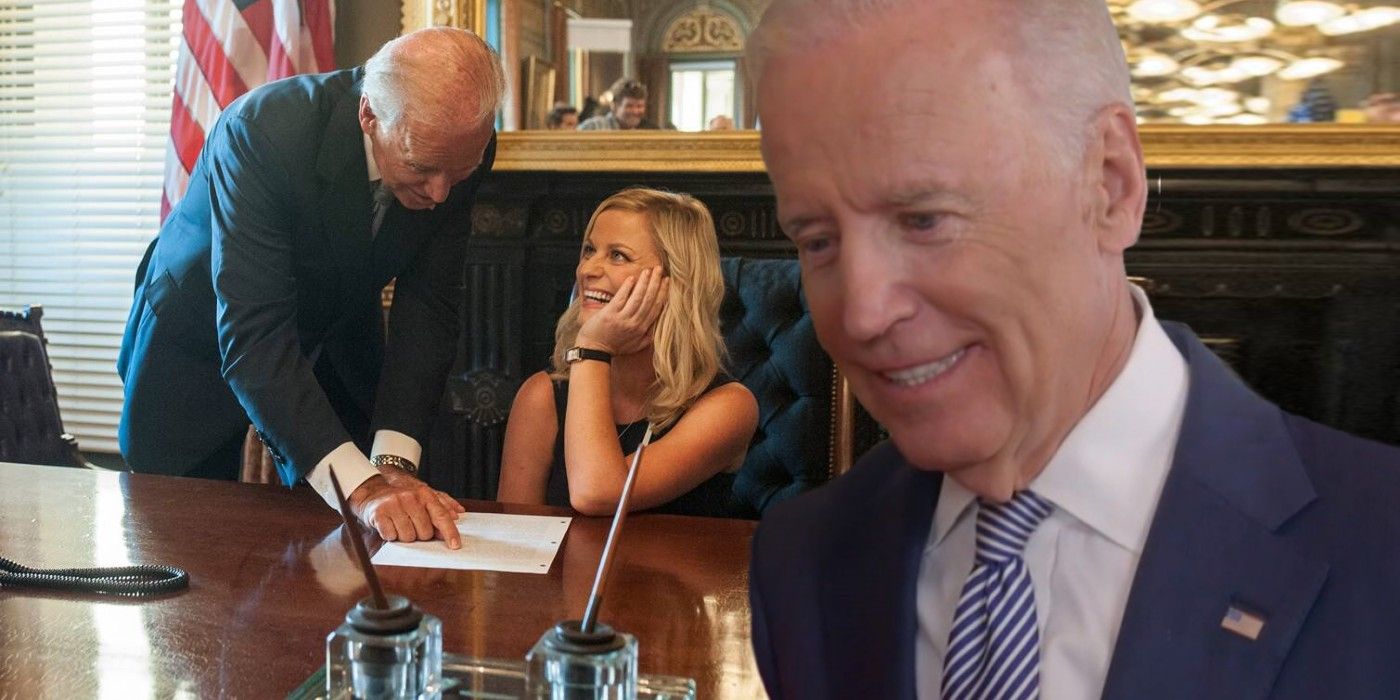 While you’d expect Knope’s adoration of the VP to be one-sided, Biden was actually a fan of Parks and Rec. At the time of his casting announcement, Parks and Rec executive producer Michael Schur told EW how it happened: “His staff really loves the show, and he apparently had watched the show with his family and his family liked it.” Schur also revealed why the show had to keep the cameo secret, given its potential to break election rules: “The hardest part was keeping it secret for so long because there’s all these FEC rules and equal-time rules. We couldn’t air it before the election because it was the equivalent of a campaign contribution to advertise for one candidate.”

Biden was not the only prominent U.S. political figure to appear on the hit NBC sitcom. The late Senator John McCain, former Speaker of the House Newt Gingrich, former First Lady Michelle Obama, former Secretary of State Madeleine Albright, and several other well-known politicians appeared in various episodes. The former Vice President also revealed to the New York Times his take on the cameo: “My whole family loves Parks and Recreation and I had a great time filming that scene. It was a real honor that in my sitcom debut I got to meet someone like Leslie Knope, who believes so deeply in public service. She’s an example for men and women across the country that there’s no higher calling than helping other people. On a personal note, I’ll never figure out how Leslie Knope got my home phone number, but that really just shows how committed she is.”

Parks and Rec is known for being a pretty optimistic representation of local and federal government, but there are some things in the show that are based in a surprising amount of realism, including Leslie’s many town hall meetings that go completely sideways and also her deep commitment to her job in public service. Parks and Recreation never officially explains Leslie Knope’s massive crush on President-Elect Joe Biden, but the fictional character often chose real-life political role models to inspire her based on the characteristics that she most identifies with and admires: commitment to their work and the people they serve.