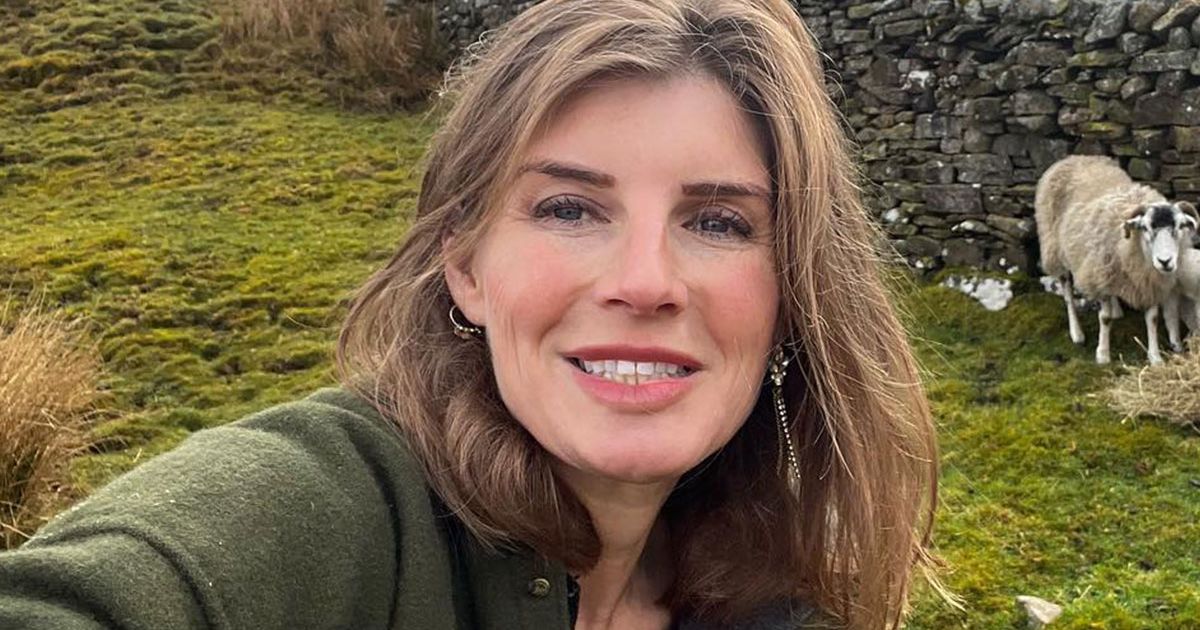 Yorkshire Shepherdess Amanda Owen gushed over her daughter as she held and fed a tiny lamb on their farm. Clemmie, 6, looked like a seasoned professional as she held the animal as the family works through lambing season

Our Yorkshire Farm’s Amanda Owen shares a sweet photo of her lookalike daughter as she gently feeds a lamb.

The mum-of-nine updated fans with the family’s progress with the lambing season, but they were more interested in mini shepherdess Clemmie.

Amanda, 47, captioned the photo “Quietening down on the lambing front and the land is finally greening up but it’s still rather cold.

Clemmie wore a bright yellow and blue floral bonnet that tied under her chin.

The six-year-old looked relaxed as she casually looked off into the distance as she gave a lamb some milk on their Ravenseat farm.

Viewers of the Channel 5’s show flocked to the comment section to gush over Clemmie’s farming skills.

Clemmie was praised by fans for her farming skills

Another said: “Love seeing the children with the animals. They’re all naturals.

“Beautiful photos .. Thanks for sharing your wonderful country life.. Love you all.”

“Love their style and how confident and competent they are with the sheep,” a third chimed.

“Young shepherdesses in the making. Truly amazing children. I’m in complete awe of them. Nothing fazes them and they all have such kind hearts. Testament to you as a mother,” beamed another.

Amanda shares nine children with her husband Clive and their spouse range between 21 and five.

Her other daughter Raven, who had returned to the farm, ended up spending her 21st birthday saving a lamb’s life during emergency labour.

The Shepherdess told fans: “She milked Buttercup, lambed a breech presentation, shoved a prolapse back from where it came (a sheep’s btw) all on her 21st birthday!”

She and the family are currently in lambing season
(

She admitted that having her eldest daughter back had “put a spring” in her step.

In two photos, Raven is pictured looking after the farm animals and in another she held a birthday cake.

The farm is set to be transformed after Amanda and Clive, 67, have finally got planning permission to convert their derelict cottage into a two bedroom home.

Do you enjoy reading about celebrities? Sign up for all the best celeb news from the Mirror here

They bought the 18th century property after it was left empty for almost 60 years.

The couple also own a 17th century cottage called The Firs which they rent out to be used as a holiday let.