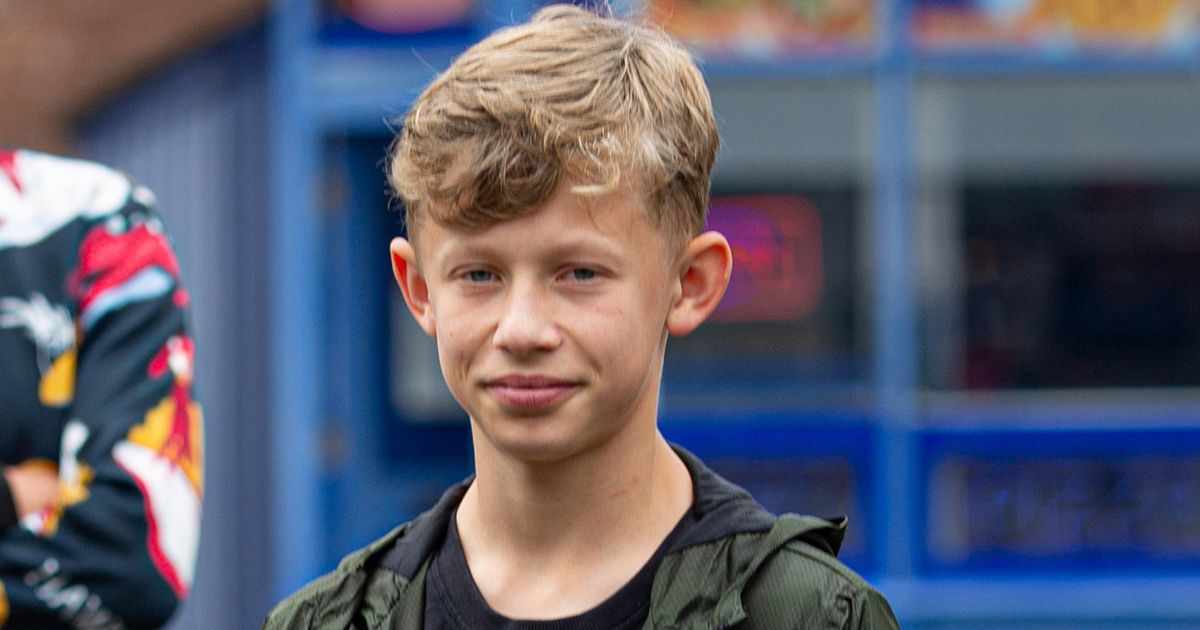 Coronation Street star Liam McCheyne teased his return by posting a sneak peek of the soap scripts to fans, revealing his character will be back on the cobbles shortly

The beloved Corrie star teased his return by posting a sneak peek of the Coronation Street scripts to fans, revealing his character will be back on the cobbles shortly.

Liam played Dylan Wilson on the ITV soap and last appeared in 2020 during a short stint when he visited his father amid issues at home.

Dylan, who is the child of Sean Tully (Antony Cotton) and his former friend Violet Wilson, will be returning to Weatherfield to live with his dad.

Liam was excited to share news of his return to fans on Twitter, writing: “BIG NEWS!! Can’t wait and super excited to get back to work Corrie on May 17th,” he wrote alongside the photos of the scripts.

Dylan is the child of Sean and his former friend Violet
(

“Hopefully many memories to come. Have a good weekend everyone see you soon.”

Corrie fans were excited at the announcement and took to the comments section to congratulate Liam.

“Looking forward to your return Liam. Glad you’re coming back stay safe and hope all is well with you,” one fan replied to his tweet.

Another wrote: “Great! About time.”

Liam originally played the role as a toddler and his character was born on the ITV soap after mum Violet asked Sean to donate his sperm in 2007 when they were both single.

After the baby was born, Sean was gutted when he discovered that Violet was planning on bringing up the child with her boyfriend Jamie Baldwin.

The couple then moved to London and Sean’s name was never added to the birth certificate.

In 2018, Sean received a shock text from Violet asking why he had not been paying for child support for Dylan, then in 2020 Dylan arrived on the cobbles wanting to get to know his dad more.

He made a brief return in January this year when the 13-year-old was reunited with his dad and returned on a permanent basis on January 18, 2021, as Coronation Street tackled homophobia in a new plotline.

Anthony Cotton has spoken about his on-screen son’s return to the cobbles on a permanent basis.

He told Digital Spy: “He’s going to come back full-time. We’ll see it in stages, as Sean gets used to Dylan being around.

“I can’t wait for it, as it gives me a totally different dynamic. I’m hoping we’re going to become a little duo and it is completely unique.”

Speaking of his return again this month, Antony told the Manchester Evening News: “I have a great year ahead.

“Sean is going to finally get his son Dylan back home for a great run of storylines that will map out the next 12 months.

“There also may be some love on the horizon too.”