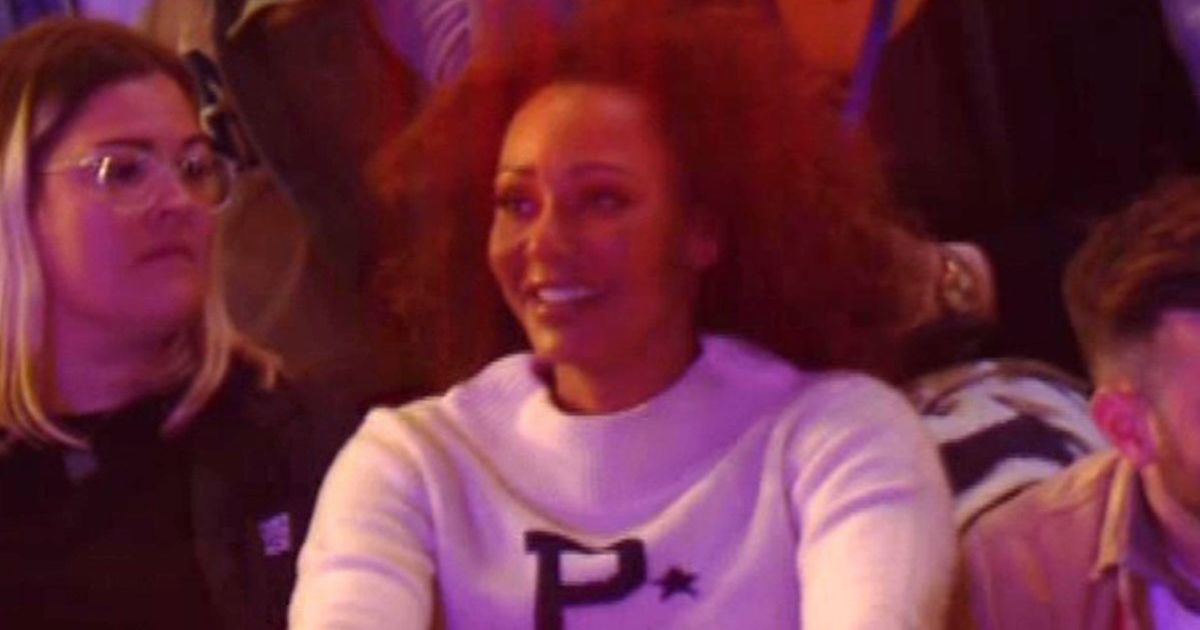 Spice Girl Mel B beamed as her daughter Phoenix Gulzar-Brown, 23, competed in ITV’s new show The Games. Phoenix is a keen basketball player, an influencer, model and an advocate for survivors of domestic abuse

The Games: Mel B supports her daughter in the crowd

Mel B cheered on her daughter Phoenix as she competed in the first episode of The Games.

The Spice Girl was seen beaming and holding a huge banner in the crowd as Phoenix Gulzar-Brown made her debut.

The influencer, who first made her modelling debut in a new campaign for George at Asda back in March last year, is a keen basketball player.

Mel B, 46, who shares Phoenix with her ex husband Jimmy Gulzar, held up a banner which read: “Team Phoenix”.

Despite Phoenix’s sporting abilities, she admitted that it’s been harder than she expected.

She told the Daily Mail: “[It would’ve been easier] if I’d stuck with exercising. It’s been tough, but it’s good pain.

Mel B with her Team Phoenix banner
(

Her mum was married to Jimmy for 16 months before they split in 2000.

She then dated Eddie Murphy for nine months before meeting Stephen Belafonte.

Just two months after Mel gave birth to hers and Eddie’s daughter Angel, she and Stephen married in Las Vegas.

However Mel became trapped in an abusive relationship, and Phoenix said that Stephen turned their lives from technicolour to black and white.

Mel B with daughter Phoenix
(

Mel B supported daughter Phoenix in The Games on Monday
(

She said that Stephen banned her from going to the fridge except for when she was making her packed lunch.

But after making them he would get them out and eat them, before calling her “ugly”.

She told Daily Mail: “My mom was working all the time, earning money for him – for the family. I knew she was having a terrible time, she sort of shrank.

“They’d have these awful rows in their room, I’d stand outside petrified, feeling useless.”

Phoenix in ITV’s The Games
(

Mel and Stephen divorced in 2017 and since then the Spice Girl has opened up about her experiences in her book Brutally Honest.

She and Phoenix became advocates for survivors of domestic abuse.

Mel recently received an MBE for her work as a patron of domestic violence charity Women’s Aid.

After getting her gong from Prince William, she told The Sun: “William told me, ‘I’m so delighted that it’s me giving you this’.

Proud Mel B cheers her daughter Phoenix on in The Games

“And he asked, ‘Will you get the Spice Girls back together?’.

“I told him I was having dinner with Victoria that evening and he said, ‘Oh good, I’ll work on David then’.”

Mel was joined at the palace by her mum Andrea and the pair showed their support to band mate Victoria by both wearing dresses she’d designed.