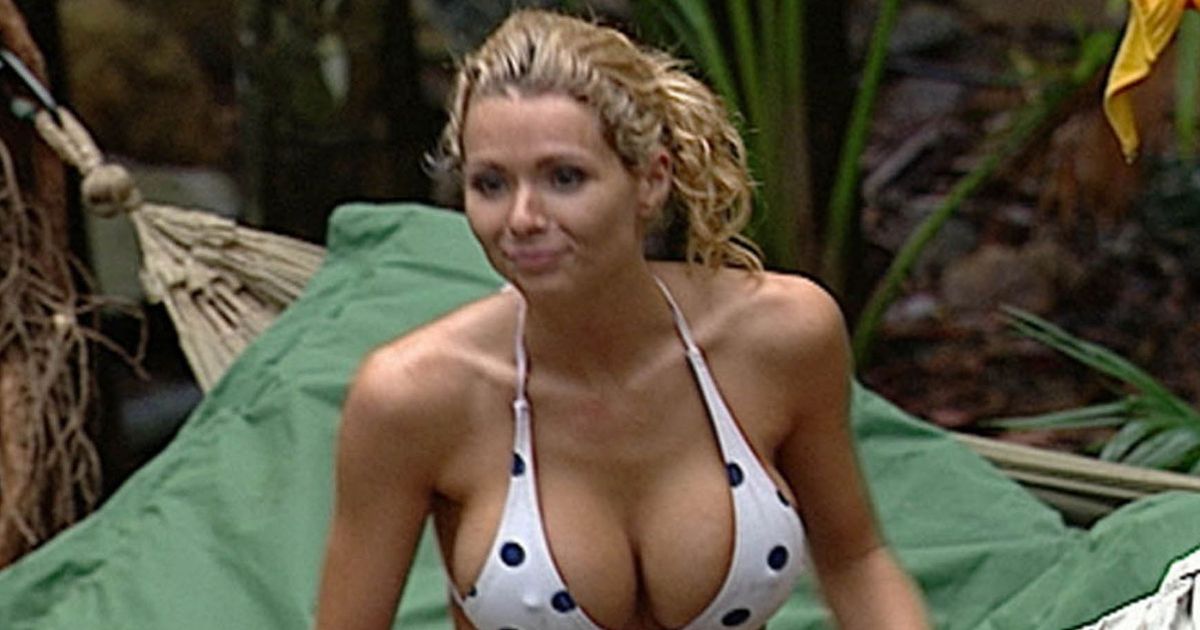 Former glamour model and WAG Nicola McLean made headlines when she wore a tiny bikini for outdoor shower scenes in the 2008 series of ITV’s I’m A Celebrity… Get Me Out Of Here!

Nicola McLean has revealed her bikini scenes during her stint on ITV ’s I’m A Celebrity…Get Me Out Of Here! were no accident.

The 40-year-old hit the headlines for her steamy outdoor shower scenes as she slipped into an array of tiny bikinis during the 2008 series.

She admitted despite being in Australia, the weather was “freezing”, but she stripped off anyway so she would get in the papers.

“We had the worst weather in 30 years when I did it, but I still got in that bikini because I wanted them front pages.

“I wasn’t wasting that opportunity,” she told The Daily Star.

Some of the most famous I’m A Celeb shower scenes over the years – aside from Nicola – have included Myleene Klass, Lisa Snowdon and Katie Price.

Ferne McCann and former I’m A Celeb winner Vicky Pattison even jumped in the shower together in the 2015 series.

With this year’s series currently underway in Wales, we’re unlikely to see anyone jumping in an outside shower in November – let alone in a bikini.

Nicola said this could be why no models have been included in the 2021 celebrity line-up.

“That’s why they’re not picking glamour models with massive boobs. They’re like ‘what’s the point?’

“They’re not going to get them out in Wales are they?” she added.

Mum-of-two Nicola came sixth when she appeared on I’m A Celebrity, which was won that year by former EastEnders star and telly host Joe Swash.

Speaking about her time in the jungle, she said the thing she found hardest to deal with on the ITV show was the boredom.

She was also unimpressed with fellow campmate, singer Van Day, who she branded a “mind-numbing moron” to his face.

Asked what she thought about this year’s I’m A Celeb contestants, Nicola accused Emmerdale star Danny Miller of playing up to the cameras in order to get more air time.

Fans too were quick to back this claim with some taking to social media to voice their opinion after Danny was shown in a panic when he was chosen to do his first Bushtucker Trial.

One wrote: “He’s a fake, pretending to be petrified at everything. It’s all for show.”

While a third added: “He seems really fake and like he’s playing up to the camera. I’d say like a good actor but I can see right through it already.”

In later scenes, Danny gagged as he took part in an eating challenge which saw him eat pigs brains and goat’s testicles alongside fellow campmate Snoochie Shy.

For the final round, Danny had to eat a large bull’s penis, whilst Snoochie chowed down on a cow’s anus – both winning meals for camp that night.

•I’m A Celebrity…Get me Out Of Here! airs nightly on ITV and ITV Hub at 9pm