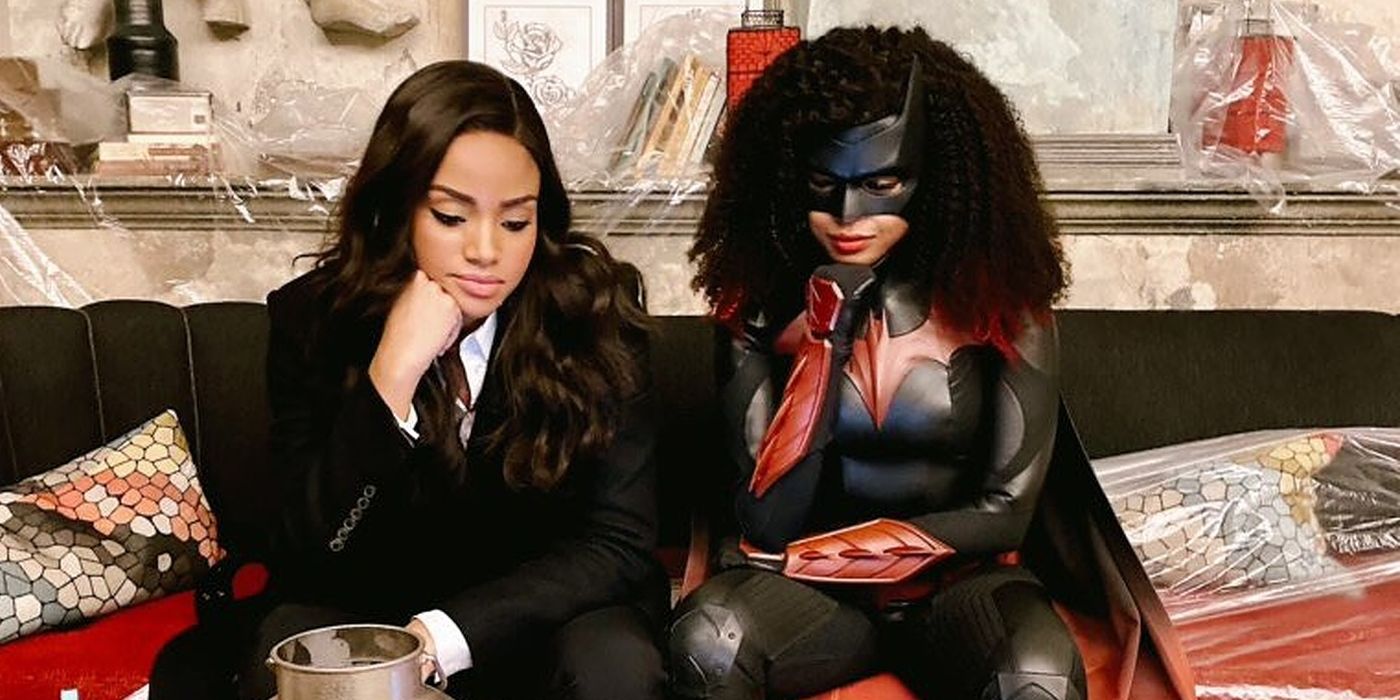 Batwoman star Javicia Leslie shared a new photo of her character’s costume in season 2. Leslie will make her Arrowverse debut in Batwoman‘s upcoming season premiere, taking over for original Batwoman Ruby Rose. After starring in season 1, Rose announced her departure from the show earlier this year, paving the way for Leslie’s introduction. However, the actor won’t play Rose’s character Kate Kane, but rather a brand-new addition to the world of DC, Ryan Wilder. Batwoman season 2 was held until 2021 like the rest of the Arrowverse’s upcoming episodes. The CW recently announced it will premiere Sunday, January 17.

Leslie’s look as the new Batwoman has been a big topic of conversation amongst viewers. Some worried Ryan would wear Kate’s costume instead of having her own. However, though a first look photo showed Leslie in the season 1 Batsuit, creatives made it clear she would soon get her own take on the Batwoman costume. Late last month, additional images delivered, showing off Ryan’s curly hair as Batwoman vs. the straight red wig Kate wore. Ryan’s suit also has more obvious touches of red, making for an eye-catching look.

This week, Leslie shared a behind-the-scenes photo from the Batwoman set. In it, she and co-star Meagan Tandy, who plays Sophie Moore, can be seen watching coverage of the U.S. election. Leslie’s costume is on full display in the well-lit photo, showing off its more intricate details. Check out the image below:

Though this photo isn’t the first time viewers have seen Leslie’s Batwoman look, it’s neat to see her costume up close. The red gauntlets are particularly noticeable and quite different from what Rose wore as Kate. The suit’s material is easier to pick up on in this image and will also differ from the season 1 version of the suit. Leslie’s photo also suggests Ryan will switch to the new Batsuit fairly early in season 2, as Batwoman hasn’t been back filming for too long yet.

Any new image of Leslie’s Batwoman costume is exciting, as it further highlights the show’s commitment to making Ryan a hero completely independent of Kate. Of course, comparisons will be hard to avoid, but reaction to Leslie’s casting has so far been positive. It also helps she’ll play a new character vs. taking over in a recast, which will further set her Batwoman apart. Hopefully, as filming on season 2 continues, audiences are treated to more behind-the-scenes photos of Leslie in her new Batwoman costume.