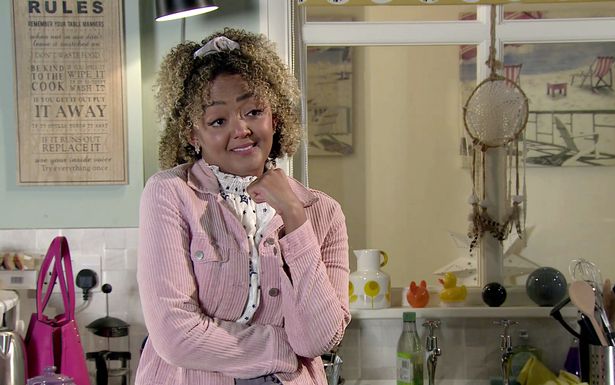 Coronation Street’s Emma Brooker broke down during Wednesday’s episode, as she was arrested for handling stolen goods.

Emma accepted stolen cash from criminal Scott in a recent episode, after he robbed The Bistro.

She came across watches and mobile phones in a bag, and Scott offered her £5,000 in exchange for her silence.

Emma was desperate for the cash, as her little brother Oliver continued his fight for life in hospital.

She gave the money to her dad Steve McDonald to pay legal fees as they prepared to challenge the hospital, about getting treatment out of the country.

Viewers still felt for Emma though, with one fan tweeting: “Feel sorry for Emma.”

Another said: “Emma was only thinking about Oliver. Can understand why Imran is acting like that but she didn’t mean to cause any problems.”

A third added: “Emma was only trying to help,” while a fourth said: “Emma is breaking my heart.”