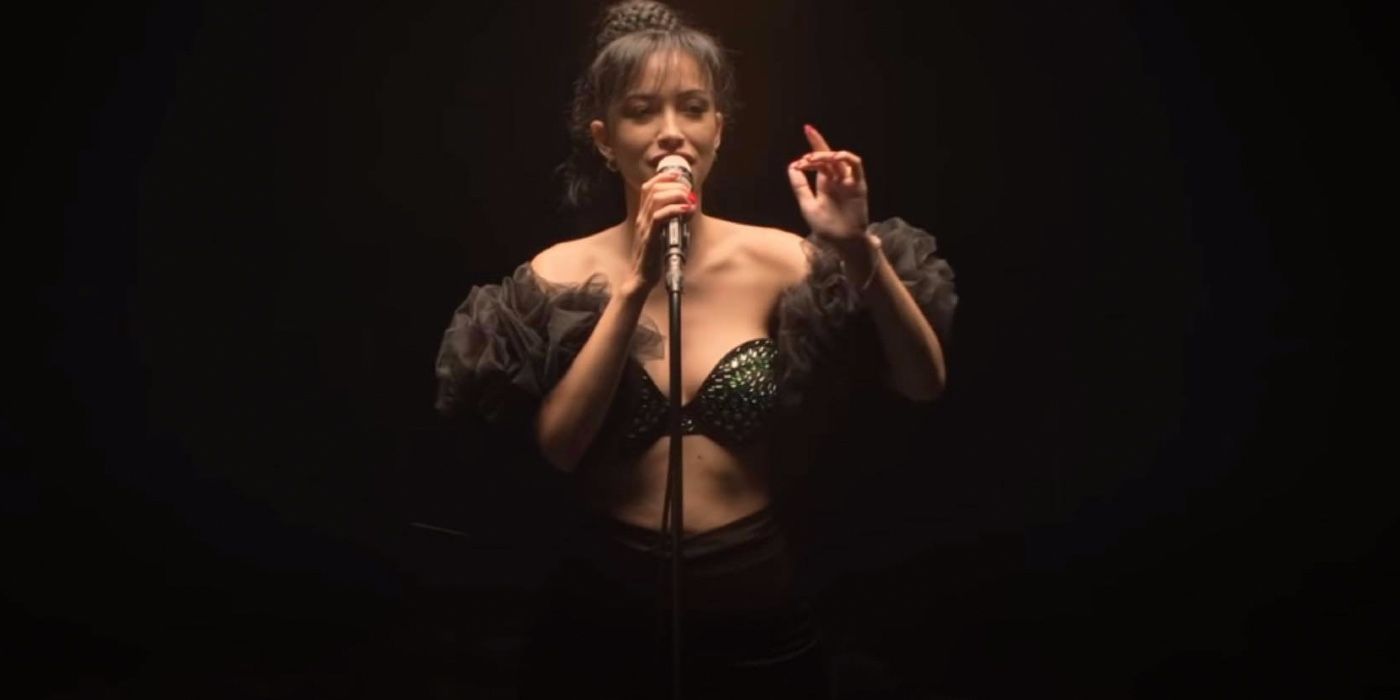 The trailer for part two of Netflix’s Selena: The Series  foreshadows Selena’s (Christian Serratos) tragic murder. Part one of the Netflix series loosely told the real-life story of the first twenty years of Selena Quintanilla’s life, highlighting her rise to fame as a bonafide singing sensation. The part one finale concluded in the year 1990, with an introduction of the evil Yolanda Saldivar (Natasha Perez). Part one stopped short of when Selena truly found her voice, before it was tragically silenced in 1995.

The part two trailer poses the question to Selena: “When you’re gone, how do you want to be remembered?” It’s a sad question in hindsight, but the trailer also highlights some of Selena’s career triumphs, like her iconic “Bidi Bidi Bom Bom” performance. Check out the full Netflix trailer below:

The trailer looks exciting and highlights some of the struggles Selena had to go through in her personal life and career as a recording artist. Part one of Selena: The Series was criticized for not focusing on Selena herself enough. Hopefully part two will remedy that by keeping the spotlight on the star herself. That way fans old and new can appreciate and respect the legacy that the legendary Queen of Tejano Music left behind after her tragic murder at the age of 23 at the hands of her former fan club president, Yolanda Saldivar.

Selena Quintanilla’s life was cut short way too soon, but the legacy she left behind continues to remain strong to this day. Hopefully part two of Selena: The Series will pay proper tribute to the woman who blazed a powerful light during her life. As Selena says in the trailer, “I just want to be remembered as someone who gave it her all.” Part two premieres on Netflix on May 4th.