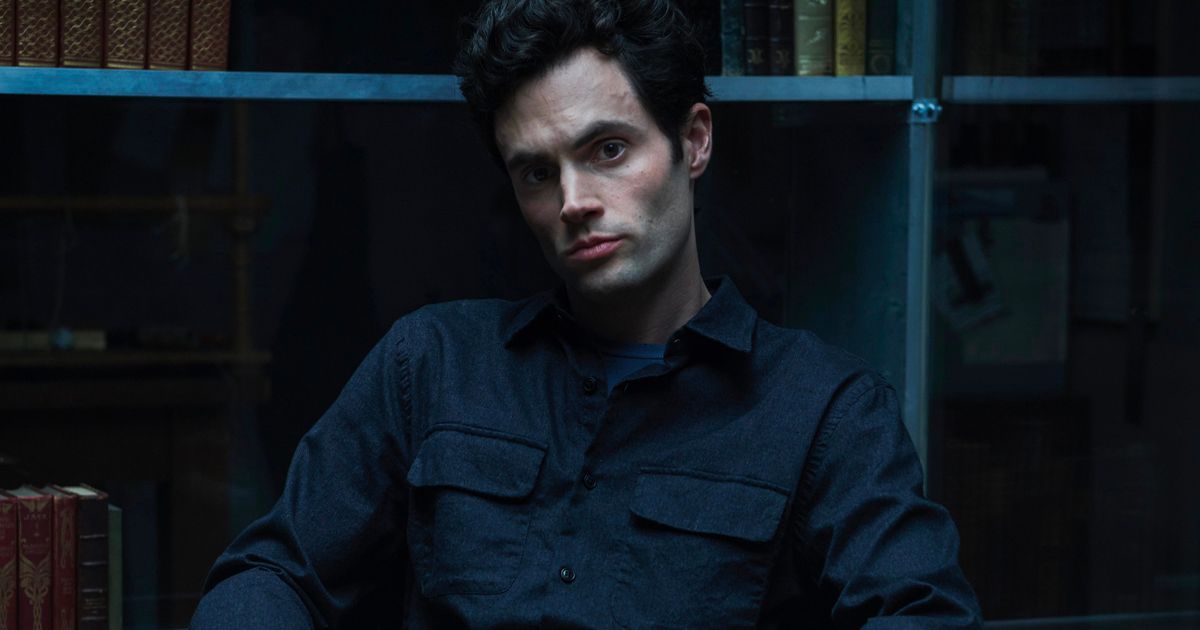 Netflix series You gripped viewers as soon as it landed on the popular streaming service back in 2018, and season three looks set to be full of more murder and obsessive behaviour

You: Penn Badgley and Victoria Pedretti give season 2 recap

Netflix series You is back for a third season and fans cannot wait for another dose of creepy Joe Goldberg.

The hit TV show first landed on the streaming service back in 2018 and was an immediate success with Penn Badgley taking on the role of the main character.

You season two was released in 2019, but fans had to wait a little longer for season three due to the coronavirus pandemic.

Penn and his co-star Victoria Pedretti, who plays Love Quinn, took to Instagram on Thursday to remind viewers what happened in the first two seasons.

“Before you watch season three, we wanted to give you a run down of everything that’s happened so far,” the pair say as they recount the story from season one.

What happened in You season one?

Season one introduced viewers to Joe, who appears to be a quiet guy working in his local bookshop.

When one attractive customer named Beck walks into the shop, Joe instantly becomes obsessed with her and begins stalking her.

After kidnapping Beck’s boyfriend Benji, Joe goes to the extreme and ends up poisoning him.

He also murders Beck’s best friend Peach whilst she’s out running in a park – and ends up staying it to look like suicide.

Season one introduced viewers to Joe Goldberg, who appears to be a quiet guy working in his local bookshop
(

Joe starts dating Beck and his obsession grows but when he finds out Beck is also sleeping with her therapist Doctor Nicky, his behaviour gets worse and worse.

Beck begins to suspect that something isn’t quite right and starts digging into Joe – but this leaves him very unhappy.

As things start to close in on Joe, he ends up kidnapping Beck, putting her in his dreaded vault and murders her in the final episode.

Season one ends with it being four months later and shows Joe has used Beck’s writing to frame Dr. Nicky for all of his murders.

Joe is stunned when his ex-girlfriend Candace comes into the bookstore, telling him they have unfinished business – which of course leads onto season two.

What happened in You season two?

In the second season, Joe moves from New York to Los Angeles to escape his past, and starts over with a brand new identity.

He meets a series of people, including his neighbours Delilah and Ellie Alves, and Forty Quinn.

But when he meets avid chef Love Quinn, sister of Forty, Joe begins falling into his old patterns of obsession and violence.

As Joe attempts to forge a new love, he strives to make his relationship with Love succeed at all costs, to avoid the fate of his past romantic endeavours.

However, what Joe doesn’t know is that he has completely met his match in Love – as she also turns out to be a psycho.

The final episode of season two sees Love reveal to Joe that she made him fall in love with her by meticulously studying his past.

She also admits to murdering both Forty’s au-pair as well as Joe’s neighbour Delilah.

Joe’s image of Love is shattered as he understands that he is “her Beck”.

Love explains to him that she has a plan to give them and Forty a way to build a real family: she will implicate Joe’s other neighbour Ellie in one of his murders but then have the Quinn family lawyers get the case closed, and also stage Delilah’s death as a suicide.

Joe is tempted to kill Love but stops after she reveals she is pregnant with his baby and he decides to stay with Love.

Convinced that Joe was Beck’s real murderer, Forty tries to save Love from him.

Meanwhile, Joe finds Ellie and tells her about her sister Delilah’s fate before sending her away with money before Child Protective Services can come for her.

The final scenes see Forty confront Joe with a gun, but he ends up being shot by LAPD officer David Fincher.

Love uses her family’s connections to clear the way and gets Forty blamed for the deaths of Henderson and Joe’s ex Candace’s.

Joe and Love move into a new house, and Joe’s obsessive patterns resurface when he reveals his interest in their new female neighbour.

What happens in You season three?

A trailer for You season three dropped in September and after watching it, fans claimed it looked like it was the “craziest yet”.

The two-and-a-half minute video begins with Joe admitting: “”In my history of scared, this is the most scared I’ve ever been,” before the camera cuts to Love Quinn and their newborn baby.

Joe’s creepy voiceover continues: “I’ve always believed in The One, but being your dad is changing me. For you, I’d move to some soulless suburb.

“For you, I’d marry the monster,” Joe then says, referring to his girlfriend Love as a scene flashes of them kissing each other.

“What could go wrong? We both have done bad things. I wanted to move here so we could start new.

“We are just the nice, normal neighbours next door. We are a team, the best team,” he adds.

However, it’s not long before Joe befriends a female neighbour in the new suburb and one clip shows them clinking glasses of wine in a kitchen as one of them smashes and breaks.

“Oh no, this is bad, so now I have you,” the voiceover continues as Joe is seen stalking the new woman and searching for her on the internet.

But it seems Joe’s new obsession doesn’t go unnoticed by Love, and her jealousy is apparent. Will she murder again? Or will her new role as a mother help her leave her past behind?

You season 3 review: Penn Badgley and Victoria Pedretti are ‘better than ever’