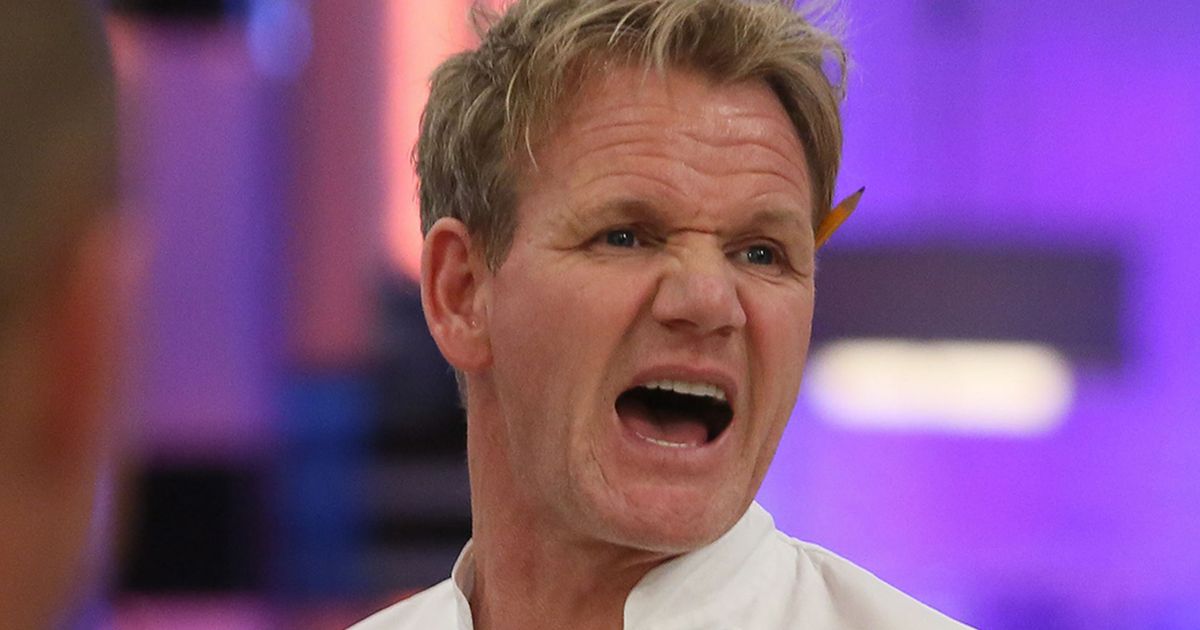 After hosting gameshow flop Bank Balance, TV chef Gordon Ramsay is returning to his culinary roots with a brand new food series – with plenty of swearing set to be on the menu

Gordon Ramsay almost swears whilst cooking on This Morning

Gordon Ramsay will be turning the airwaves blue once again with his brand new show, Future Food Stars.

Fans of the foul-mouthed chef will be pleased to learn that Gordon, 54, won’t be holding back on the new ‘Apprentice-style’ cooking series – after reigning it in for his stint as a gameshow host.

Bank Balance, which ran for just one series before getting the chop from the BBC, involved contestants attempt to win by placing and balancing different-sized stacks of bars on a balancing board via answering questions from the TV chef.

Airing in February 2021, some viewers felt host Gordon had been “toned down” for the gig – with many missing the star speaking without a filter.

Future Food Stars – known by the apt acronym FFS – will see the sweary chef return to form and do what he does best.

A TV insider told The Sun: “This will be unrestricted Gordon doing what he does best: inspiring, mentoring, challenging and cooking with a healthy dollop of swearing.

“He was very much toned down on Bank Balance. Add in the dreadful Covid rules and it was stilted and uncomfortable – not at all the Gordon that everyone loves.”

The source went on to add that Gordon performs best on shows like ITV’s Gordon, Gino and Fred’s Road Trips – where the star is allowed to be himself.

Just like his Channel 4 show, The F Word, Future Food Stars, aka FFS, is a nod to the dad-of-five’s love of swearing.

The new series will involve 12 entrepreneurs hoping to receive a life-changing restaurant investment.

Speaking about the upcoming show, a TV insider told The Sun earlier this year that Future Food Stars will give a “sense of hope” to the struggling hospitality industry.

The source said in April: “The Beeb will start filming in the summer. It was meant to get under way last year but was cancelled due to the pandemic.

“Now the hospitality industry is getting back on its feet after ­taking such a battering, there’s a real sense of hope and opportunity out there, which is what this prime-time show is all about.”

The teenage TikTok star recently moved dad Gordon to tears during one performance on the BBC series with partner Nikita Kuzmin.

Tilly Ramsay is impressing viewers and judges on the BBC show
(

Away from the dancefloor, rumours have been circulating that the 19-year-old and her dance partner have been enjoying a on-camera romance.

Speaking to new! magazine earlier this week, a source close to the star claimed that Tilly is “worried” about the persistent speculation.

“Tilly is loving being on the show but she wants to concentrate on her dancing. Feeling like she’s under the microscope with everyone analysing her body language with Nikita is really stressing her out,” the source said.

“She’s worried about annoying Nikita’s girlfriend and though she and Nikita do get on brilliantly, she’s anxious about it appearing that she’s trying to make a move on someone else’s boyfriend.”