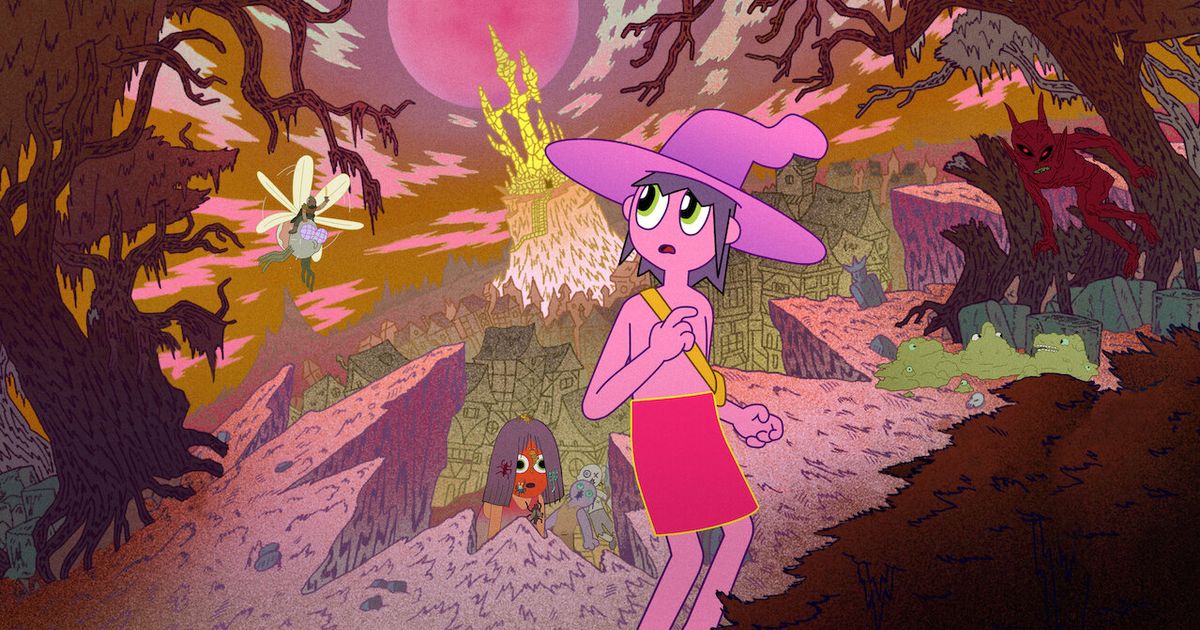 Critically-acclaimed off-the-wall animation series The Midnight Gospel will not be getting a second run – much to the dismay of its legion of fans.

The incredibly bizarre but fun show concerns ‘spacecaster’ Clancy, as he travels through a multiverse interviewing subjects for his ‘spacecast’ (basically a futuristic podcast!).

Co-creator Duncan Trussell dropped the bombshell announcement on Twitter, as Netflix stayed true to form in remaining tight-lipped whenever anything has been canned.

“The Midnight Gospel was cancelled by Netflix,” he wrote, in answer to a fan asking about more. He added: “In my mind there’s one more season but the sentient glass ‘deciding’ cube they keep in their (Netflix’s) catacombs vibrated ‘no more’. And it’s hard to argue with a cube.”

Other axed series – such as sitcom One Day At A Time – have found homes on other platforms, but this is not an option for Gospel.

“They (Netflix) own the rights so it’s [dead]”, wrote Trussell.

But he did express his gratitude to the streamer. “PS I’m so lucky that the folks at Netflix rolled the dice and let us make such a strange show. They were supremely supportive all the way through and I’ll love them forever for it.”

Want to get the latest streaming news direct to your inbox? Sign up for our Bingeworthy newsletter HERE

The Midnight Gospel’s quirky and wonderfully strange premise helped it attract a fiercely loyal fanbase. It boasts a Rotten Tomatoes score of 91 per cent fresh and an IMDb rating of 8.2.

But, as other series have found to their peril, acclaim does not necessarily mean survival.

It is well known that Netflix is having a difficult year, posting its first subscriber loss in more than a decade. And its sometimes brutal cancelling of shows has now reached double figures for the year so far.

These include Another Life, which starred The Mandalorian’s Katee Sackhoff, Space Force, Pretty Smart and Raising Dion to name a few.

With no clear reason given for The Midnight Gospel’s untimely demise, it can only be assumed that not enough people watched it to justify the production costs.

The cancellation does raise the question that taking a chance on a new Netflix show in 2022 is a risky business – will whatever you’re watching survive long enough to get that satisfying ending we all want?