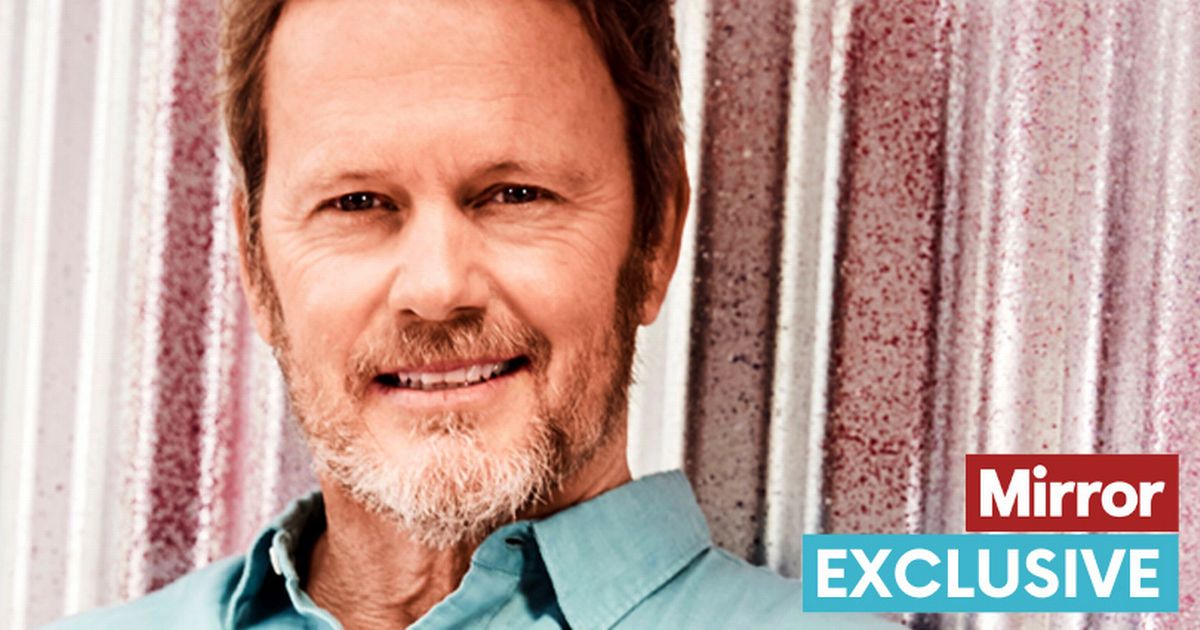 Everybody needs good Neighbours – or at least they have for the past 37 years.

So for soap legend Craig McLachlan – dungaree-loving Henry Ramsay and a star from the very early days – there was an air of disbelief when an industry pal told him the show is being axed.

Speaking to the Sunday People and even singing the Neighbours theme tune down the phone, Craig says: “I texted back and said, ‘Are you sure?’

“These rumours have been circulating for years. I feel lots of emotion about it – for being lucky enough to be part of that golden era of the show.

“It really was a magic time for all of us, that this little show we all loved so much had become so popular.”

Craig as Henry with a young Kylie as Charlene

Craig, 56, harks back to the days when Princess Diana was a fan – and a fascinating chat with fellow royal viewer, the late Queen Mother.

He and screen sister Charlene – Kylie Minogue – met the Queen Mum after appearing at the Royal Variety Performance in the late 1980s.

Craig is speaking from the home he shares with long-term partner Vanessa Scammell – a pianist and conductor – in Victoria, Australia.

He says of the royal: “She had a gazillion questions. She asked, ‘Why does Henry call his car Bertha?’ I didn’t know. I had to think on my feet.

“She said, ‘Wasn’t it a disaster when Henry stuck all the plaster gnomes to Madge’s carpet!’

“She thought that was riotous! Then she said, ‘When Henry was pushed in a swimming pool was it actually you, or a stunt Henry?’ ‘A stunt Henry?’ I laughed. ‘That was me, Ma’am!’.”

Neighbours was the breakthrough that catapulted Craig from 21-year-old plumber’s mate to global heartthrob.

In 1990 he won the Gold Logie Award for Most Popular Personality on Australian TV – the first of many.

He jumped ship to appear in rival soap Home And Away – and pop stardom beckoned too in the 1990s, with hits like Mona.

But it was his three-year stint on Neighbours that made him a household name.

He and Kylie were the children of Madge Bishop, played by Anne Charleston, and stepkids of Madge’s hubby Harold – actor Ian Smith. Craig was positively shaken when Channel 5 announced it would not be renewing its contract with the show’s makers, Fremantle Australia.

After launching in 1985 – first appearing on BBC1 a year later – the soap became a fixture for workers on lunch breaks and kids racing home from school.

Some 19.6 million British viewers saw episode 523 in November 1988, when Charlene – given away by Henry – married Scott Robinson, played by Craig’s pal Jason Donovan. Craig chuckles: “I ­remember having possibly the most grand mullet in the history of Australian TV.

“There were lots of rumours I’d had a perm. But it was God’s own perm – all me. My suit jacket had such massive shoulder pads that military aircraft could land on it.”

Even the memory of his Neighbours audition – after a few bit parts on TV, most notably in Sons And Daughters – still raises a smile from Craig.

He explains: “I told my agent I’d never even heard of Neighbours.

“She said, ‘Are you kidding me? It’s only the most popular soap! Don’t you even know Kylie and Jason?’ I told her I didn’t even have time to watch the show because I was working a sh***y double shift in a bar to pay for gigs in a band. The next day she dropped a letter under my door to explain all the characters. Who The Robinsons were, The Mitchells, that busybody Nell Mangel.

“I went along to meet the producers thinking, ‘This is going to be a disaster!’ I thought, ‘I’m just going to flirt but I won’t get this part in a million years’.”

Chris showing off his beach body
(

Craig says: “I can tell you Kylie was everything you’d expect from a real sister. We were filming on location in the cul-de-sac, which was Pin Oak Court, and we hit it off immediately.

“By the time we got to the studio scenes I was feeling very secure in the company of my TV kid sister. Kylie and Jason took me to dinner at a local cheap eats place after filming. We were walking from Pin Oak Court to the costume and wardrobe bus when some local kids spotted them and went berserk asking for autographs. Kylie turned to me and said: ‘Brace yourself, Craigy, they’re going to love you and you’re going to be dealing with this in a few weeks’.”

Sure enough, six weeks later, he was mobbed by fans on his way to buy ­guitar strings in Melbourne.

“I remember telling some of the girls to stop crying,” he laughs. “I never did get those strings. We’d get faxes from our publicity department to say Neighbours had hit the 15 million viewers mark in Britain. To think we’d grown up on a diet of everything from Dad’s Army to Corrie and suddenly our little show was out-rating some of those fabulous British ones was unbelievable.

“I went from unblocking the sinks and toilets and grease traps at a Kentucky Fried Chicken, where I’d shower and jump in my little station wagon to perform gigs with my guitar, to being on set with Kylie.

“In six weeks I’d gone from an unblocker of dunnies to being on the cover of magazines. It was insane.”

One fan flooded Craig with gifts but got the hump when he wrote to her mum politely saying there was no need to splash out on him.

After a few months she sent Craig a putrid birthday cake – then threw an egg at a public appearance.

In 1990 he started playing teacher Grant Mitchell on Home And Away – working alongside Kylie’s sister Dannii. “But I always preferred Neighbours,” he chuckles, singing the theme tune down the phone. Craig went on to star in multiple hit shows both in the UK and Australia, as well as performing in the West End.

His love life has seen some ups and downs. At 21 he wed high school sweetheart Karen Williams, but the marriage didn’t last.

He later had a relationship with English actress Charlotte Avery and they had a son Jacob, before they too split up. He has been with current partner Vanessa since 2009. She stood by Craig when he was accused three years ago of sexual assault by former cast members on Rocky Horror Show tour.

He was found not guilty. But it was a tumultuous time.

Craig says: “What’s difficult is when you are painted as a monster and you’re just not. That has a profound effect on your mental health.”

But bring him back to Neighbours, and the joy in his voice quickly returns. Could another network save it?

He says: “Part of me thinks leave it while it occupies such a special place in the hearts of so many people.

“But if someone wants to get on board and reinvent it with a very buff 50-something Craig back in dungarees, then why not?”