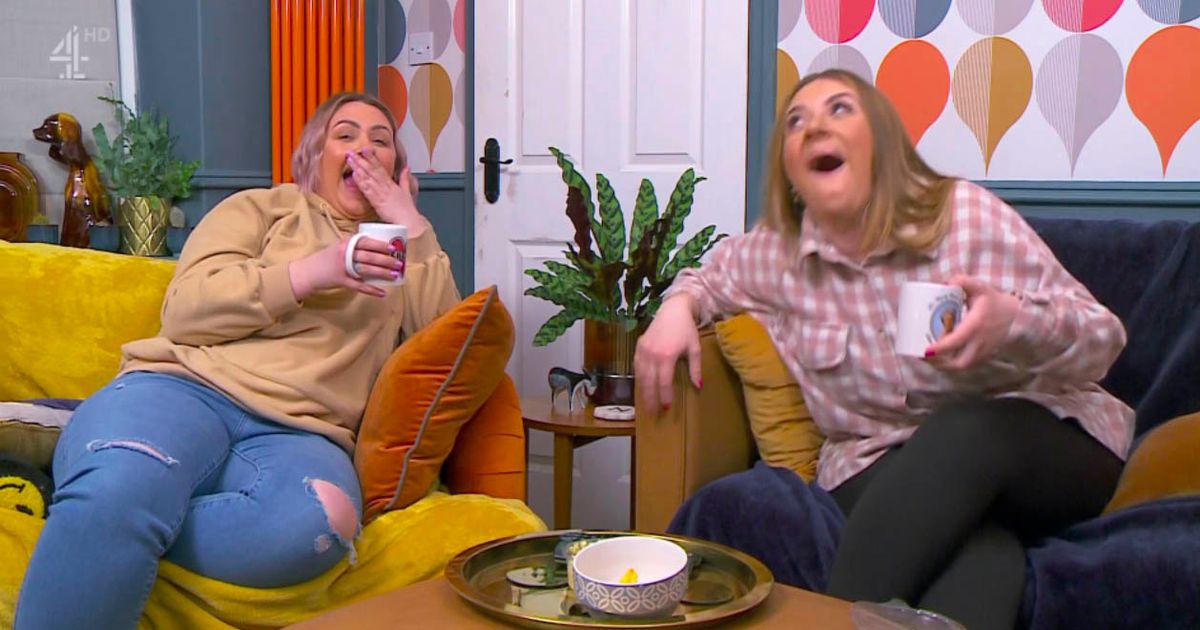 Lily James and Sebastian Stan star in the hit show Pam and Tommy, which chronicles the iconic story of the private sex tape that was stolen from Pamela Anderson and Tommy Lee’s home safe by a disgruntled workman in the

Gogglebox viewers were all saying the same thing about the shocking full frontal nudity in Pam and Tommy.

Stars of the Channel 4 show almost fell of their sofas as they were shown the latest episode of the Hulu show, starring Lily James and Sebastian Stan, which follows the story surrounding their sex tape in the mid-1990s.

The no-holds barred show, which is streaming on Disney+, has been surprising viewers with its saucy scenes, but one moment in particular shocked not only the Gogglebox stars but viewers at home.

Sebastian, who plays Motley Crue rocker Tommy Lee, is seen standing in front of a mirror completely naked, while talking to his penis as he’s high on ecstasy.

Much to the audience’s surprise, the penis – voiced by Jason Mantzoukas – talks back, and moves around as it has a conversation with Tommy.

Ellie and Izzy were shown screaming at the telly as the scene aired, while Shirley could be seen howling with laughter as husband Dave gasped at the screen.

Ellie and Izzy were in stitches over the racy episode

“Just when you thought you’d watched everything on telly,” Pete said to sister Sophie. “And then you see that.”

Stunned fans watching Gogglebox at home didn’t expect to see Pam and Tommy featured on the hit show, and shared their shock on Twitter.

“I wasn’t expecting to see all of this on a Friday night sat with my mum #gogglebox,” one write.

Tommy, played by Sebastian Stan, can be seen talking to his appendage

“Noo. What are we watching right now #Gogglebox,” another added.

“Thoroughly enjoyed #Gogglebox #PamAndTommy I was not expecting that,” a third wrote.

Other viewers were also taken aback by the surprising moment, which occurred in episode two, and sees Tommy tell his penis that he’s so in love with Pamela he’s planning on proposing.

Annie and Ronnie were also stunned by the bizarre scene

“Loved it!!! I was actually crying with laughter at Tommy’s talking penis!!! So glad Gogglebox is back!!” one fan tweeted.

“So funny watching them watch Pam and Tommy on #Gogglebox,” a fan wrote, as one viewer was mortified over the racy scenes.

“I didn’t realise they were watching Pam and Tommy on gogglebox oh noooooo,” the joked.