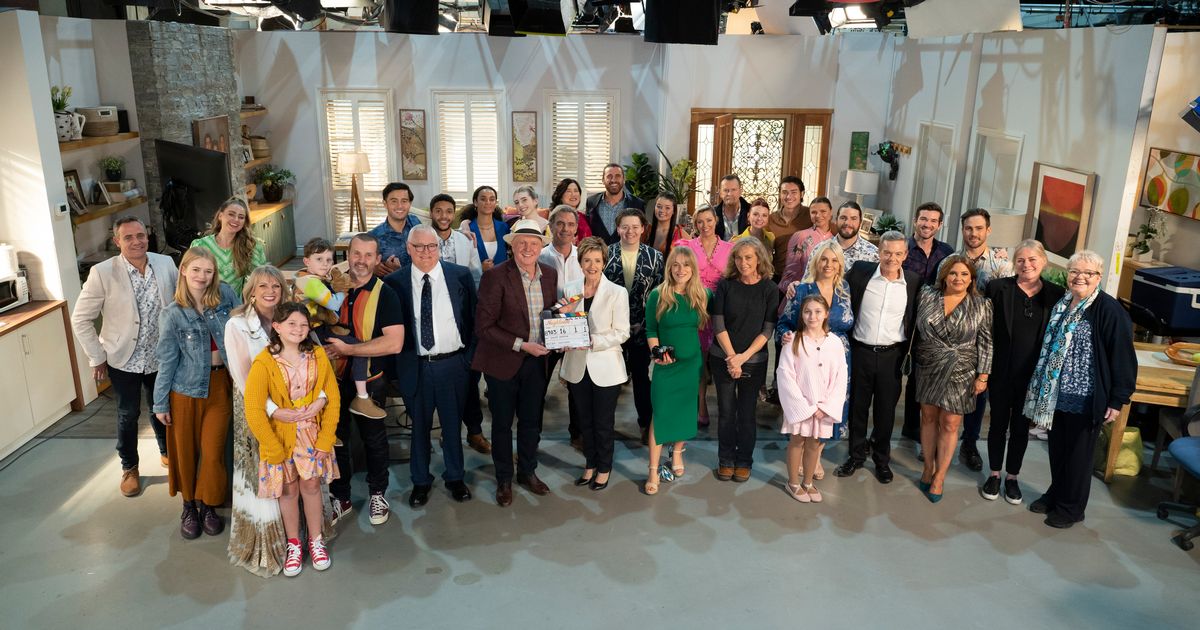 Neighbours’ Alan Fletcher explains that he has alopecia

It’s the day Neighbours fans never wanted to see, but after the plug was pulled on producing the long-running soap, it was only a matter of time before fans saw the final day of filming.

Cast and crew bid a fond farewell to fictitious Aussie suburb of Erinsborough and the drama which has played out on screens during the iconic TV shows reign as one of the nation’s best-loved shows.

But after being on the air for 37 years the producers have pulled out the stops to give the series a send off it deserves.

A shot of the cast on the final day of filming shows the group of actors past and present gathered together on set to celebrate their remarkable achievements and document their TV departure.

Speaking to 10 First News on the set Rebekah Elmaloklu said: “It’s been amazing. It’s a bit of a rollercoaster and I guess we are on in denial.”

Ryan Mallony, who plays Toady Rebecchi, added: “Bit sad this morning, really excited. Everyone is really excited, you take two seconds, you look at someone and you burst into tears.”

Susan and Karl Kennedy have been long serving cast members
(

Long serving soap actor Alan Fletcher, who plays Dr Karl Kennedy added: “Obviously enormous sadness for the show to finish but also a sense of deep deep gratitude. To be given an opportunity like this, 28 years in a wonderful role it’s been epic.”

Kylie Minogue, who filmed her returning farewell scenes three weeks earlier, has also proudly spoken of the impact her two years in the soap had on her life.

Kylie previously said of going back to where it all began: “It was lovely and emotional. Driving into Ramsay Street was quite something,” she said, and asked about her reaction to being back on set, she added: “Firstly, where’s all that time gone? Secondly, everything looks exactly the same.

That wedding! Scott and Charlene tied the knot in 1987
(

The airing of the popular pairs wedding has been engrained into TV history with two million Aussies and almost 20 million viewers in Britain watching the iconic moment.

The final episode of Neighbours will air on August 1, with some very special guests.