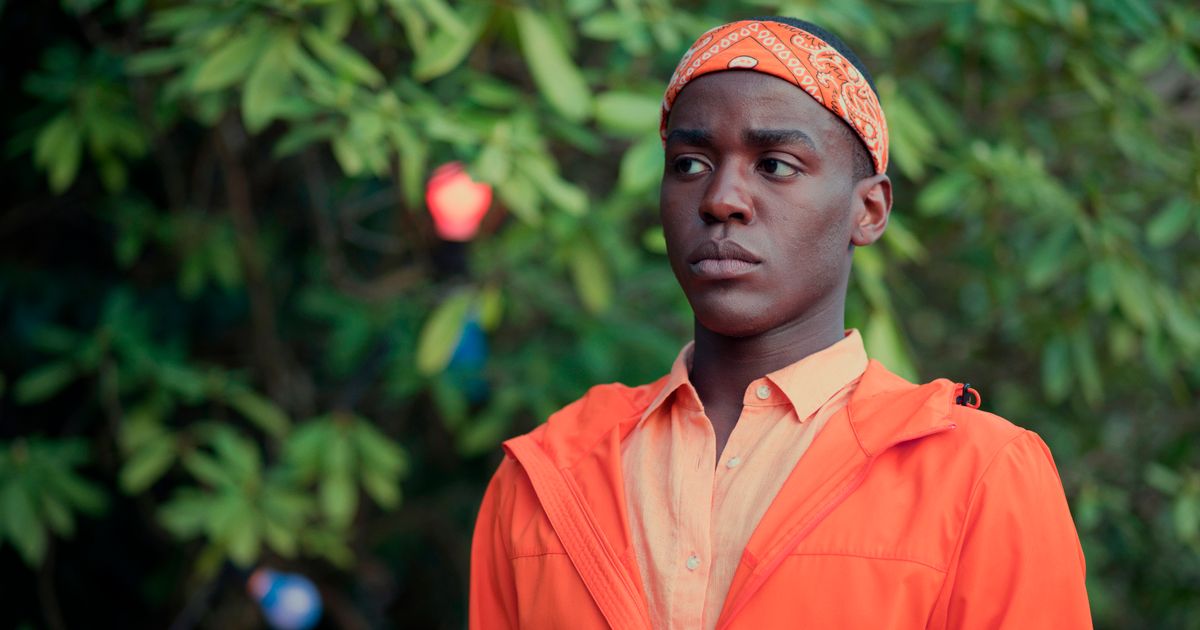 From struggles with depression and homelessness to Netflix stardom and now Doctor Who, the path to fame has been a long and winding one at times for Ncuti Gatwa

So it’s official, Ncuti Gatwa will be the new Doctor Who moving forward.

The Rwandan-Scottish actor – who found fame playing Eric Effiong in Netflix’s Sex Education – will takeover from Jodie Whittaker who has been at the helm since 2017.

Ncuti will become the 14th Time Lord, joining an illustrious list of names to have taken on the role that includes David Tennant and Matt Smith.

In a statement, the 29-year-old actor said: “There aren’t quite the words to describe how I’m feeling.

“This role and show means so much to so many around the world, including myself, and each one of my incredibly talented predecessors has handled that unique responsibility and privilege with the utmost care.

The Rwandan-Scottish actor is ‘deeply honoured’ to play Doctor Who
(

“I will endeavour my upmost to do the same.”

But who is Ncuti Gatwa?

Born in Rwanda before moving to Scotland, where he was raised, Ncuti began his career as an extra on the 2014 sitcom Bob Servant.

In 2016, he played Demetrius in a production of A Midsummer’s Nights Dream at Shakespeare’s Globe.

Ncuti as Eric in Sex Education
(

His big break came when he was cast in Sex Education as Eric Effiong, a young gay British-Nigerian who is best friends with Otis, the show’s lead character.

The Netflix show’s three series document Eric’s growth as he deals with his family’s acceptance of his sexuality while he embraces his Nigerian heritage.

He also falls in love with Adam, who bullied him in the first series.

Despite Ncuti’s seemingly meteoric rise, his life has been far from plain sailing.

Writing in The Big Issue in May 2020, he said he ended up homeless after running out of savings in the months before he landed his role in Sex Education.

“Being a 25-year-old man with no money or job affected my sense of self-worth,” he wrote.

He continued: “One friend gave me money towards paying off the prior month’s rent and offered to let me move into their spare room rent free for a while.

Eric falls in love with Adam during Sex Education
(

“Great, I thought. An opportunity to get back on my feet and start paying people back.

“On moving-in day, he changed his mind. As I was standing on the street with my suitcases, one thought came into my head: ‘I’m homeless.’”

While everything appeared fine to the outside world, Ncuti was losing weight because he could not afford to eat properly.

“To the outside world everything seemed fine. I was temping at Harrods,” he wrote.

“I’d wake up from the double bed I shared with my best friend, leave the house without a hair out of place in a slick-looking trench coat and polished brogues.

“I would get compliments for looking so presentable. When I lost weight due to eating only one meal a day, people told me how lean and healthy I looked.”

In reality, Ncuti had developed depression, though he kept it from his friends out of fear of being a “burden”.

He was able to turn his life around and has since shot to stardom.

Of course, Ncuti’s life all changed when he landed the role in Sex Education.

The Sex Education star will take over from Jodie Whittaker
(

The show has received critical acclaim since the first series was released on the streaming platform in January 2019.

A fourth series was announced shortly after all eight episodes for season three were made available to the world.

Ncuti has earned three BAFTA Television Award nominations for Best Male Comedy Performance since taking on the role, each in 2020, 2021 and 2022 respectively.

The BBC will be hoping that Ncuti can receive similar recognition when he takes on the role of The Doctor, following Jodie Whittaker’s farewell later this year.

Doctor Who special release date: Jodie Whittaker’s final outing and who are the bad guys?