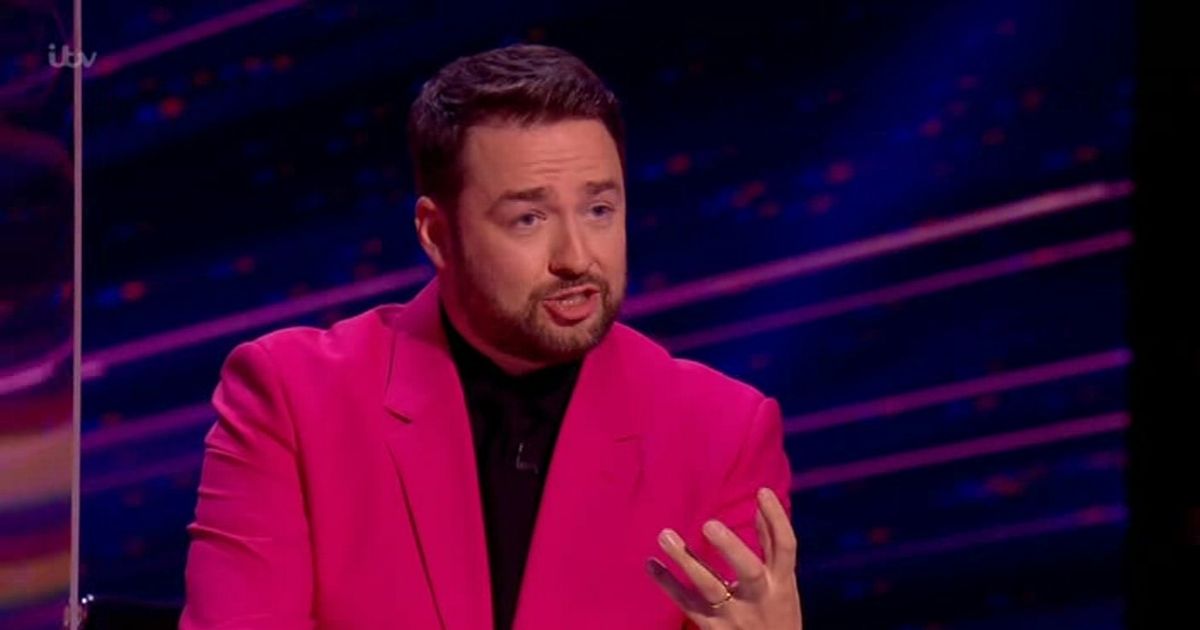 Jason Manford has hit out at “thick” Starstruck viewers as they compared it to hit 90s series Stars in Their Eyes.

The talent show, which sees people transform into their idols, has been likened to the old series which previously aired on Granada.

The winning trios from each show then compete against each other for a place in the grand final and the chance to walk away with £50,000.

Jason Manford hit back at the haters
(

And viewers from home couldn’t help but complain about the similarities between Starstruck and Stars in Their Eyes.

Taking to Twitter, Jason clapped back at moaning viewers with a hilarious response.

“Enjoy #Starstruck. It’s a great show. If you think we sat the whole series and not one of mentioned the similarity to #StarsInTheirEyes, you’re thick mate!

“Of course it is, so feel free to not tell me but do try to guess who the contestants are gonna be & best soundalike.”

He is on the judging panel
(

In the comments section, fans agreed with him as they praised the Saturday night TV show.

One person wrote: “Loved you all singing together. Not to shabby a voice mate @JasonManford #Starstruck singing along with them lot. You held your own tbf ! You are all amazing singers.”

Another penned: “It was brilliant. I loved it. The right group went through and the right winner went through. Can’t wait for next week. Well done to all involved.”

“Loving the show so far #Starstruck is great for Saturday night tv. Just what we need love it,” a third praised.

ITV said of Starstruck ahead of its debut: “Leaving their day jobs behind, members of the public will be transformed into their most beloved music star for one night only. But they won’t be on stage alone.

“Instead, they’ll be teaming up as trios who all share the same love of a music icon to give the performance of a lifetime.

“With an expert glam team to oversee their extraordinary transformation, impressive staging and a spectacular sound and light show, our singing stars will be getting the complete ‘superstar experience.’”