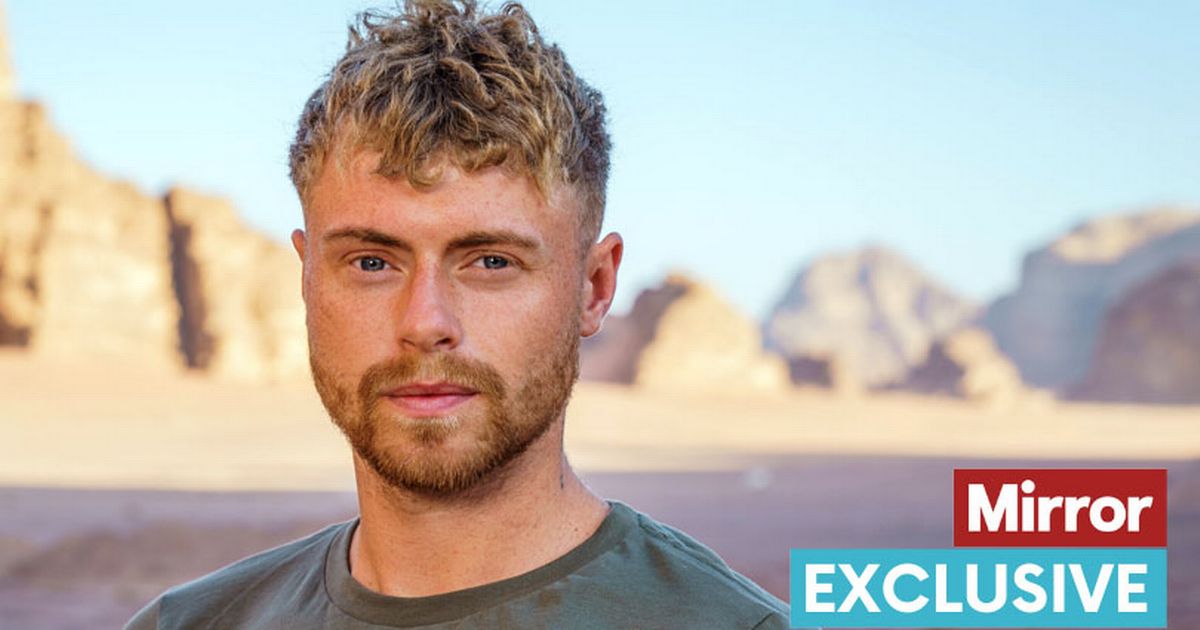 Face down in the desert sand, sweating under the searing Jordanian sun, Dylan Kiss had just one thought driving him on.

The 25-year-old – youngest recruit on TV’s gruelling show SAS: Who Dares Wins – recalled the vow he made to his beloved mum Michelle the day she died.

“I’ll make you proud, Mum,” he promised her. “I know you’re looking down on me.”

Dylan says Michelle had the feelgood factor, was his “best mate and the key to our family”.

He has raised £45,000 for charity in her name. And tackling the SAS challenge is another way to continue her legacy.

“She meant everything to me,” he says.

“I took so many lessons from her.

“She was a role model mum and I am her protégé. I want to make her proud.”

Michelle Kiss was killed in the Manchester bomb attack
(

Dylan with his sister Millie
(

Mum-of-three and company secretary Michelle was in the foyer collecting her daughter Millie, then 13, after the Ariana Grande concert.

Millie was at her side and witnessed the horrific moment.

Speaking for the first time about that fateful night, Dylan, of Whalley, Lancs, says: “I was in my room, it was just a normal Monday night and I was laying in bed. I suddenly had a really funny feeling. It was weird, I’ve never felt anything like it.

“I thought, ‘something’s up’. I went downstairs, looked on Facebook, and someone had written, ‘Oh my God, I can’t believe that’s just happened in Manchester.’ We looked at the computer and then just bolted.

“My dad had had a glass of wine and I wasn’t drinking, so I drove us to the arena in my little Corsa.

“We flew down the motorway and we kept looking at each other. Mum wasn’t answering her phone, so we were getting paranoid at this point.”

Dylan on the show
(

They arrived to a scene of carnage – and chaos. Dylan recalls: “We sprinted past the police barriers. My dad was running around, looking at random blonde women, shouting ‘Michelle’.

“The next thing, my little sister came out with a police officer. She ran over and gave me a hug and said: ‘I don’t think Mum is going to make it.’

“She knew straight away. I hugged her and we both walked out.

“I knew at that point that my mum was dead. I just knew.”

But the family faced a three-day wait to hear if Michelle had survived or not.

Dylan adds: “It was an agonising two or three days. It was so busy in the hospitals, the wait to hear was absolutely horrific. We were all together when we were told – my dad, my sister, my brother and me.

“You hear the news and that’s it, that’s your new reality.

“I had to become a man straight away. My dad was a broken man, my sister needed looking after. So I adopted this persona – smiley happy, we can do it.

Dylan with his mum Michelle

“You just have to adapt. I knew from that moment that I had to keep my head above water, I couldn’t start spiralling into despair. I remember the night Mum died in great detail, I was telepathically talking to her.

“I said, ‘I will make you proud, I know you are always watching me.’ I just had a feeling that she was.

“I have kept that mentality and I know I’m lucky to have that, it has definitely helped me through the weakest times in my life. I still have moments of weakness, I embrace them, I cry.

“It’s all part of a process, I try to just do my best and crack on.”

Dylan’s dad describes Michelle as his childhood sweetheart and love of his life.

Tony, who met Michelle when they were just 15, says: “Michelle’s memory will always live on in all our hearts.

“I know the life skills she taught our children and the love she gave them in her life will live on in my children. I’m also sure Michelle’s love will endure and her blood will beat in the hearts of my children’s children too.”

Dylan says the tragedy has been a tough burden for the family to bear.

But he takes inspiration from Millie, who is now 17.

He adds: “My sister was 13 at the time. She is scarred mentally, but she is such an inspiration.

“She is in acting school now, she is really making herself and all of us proud. She is my inspiration.

“That must have been life changing for a 13-year-old girl to see her mum go through that. She was next to her.

Michelle Kiss and her husband Tony
(

“It’s crazy. She hasn’t had counselling. She has got that attitude where you just know she’s all right. I always keep tabs on her and she really is a bubbly young girl. You can tell she has learned from my mum. She is like her in a lot of ways.”

Tonight’s episode of Channel 4 ’s SAS: Who Dares Wins sees Dylan lose his cool when he has to break the fall of a fellow recruit in a free falling task.

His emotions get the better of him, as he admits: “It was hard, having someone else’s life in my hands.”

He later opens up about his loss and says he is proud of himself for tackling the hardcore course.

“It was the toughest thing I’ve ever done, mentally and physically. It was hard, but what an experience,” he says.

“Mum would have been really encouraging, telling me ‘You can do it.’

“She’s always supported my decisions and whatever I’ve wanted to do.

“She’s always been the one who organised it and sorted it out. She would take me to football practice.

“I was living in America at 18, I had a football scholarship. She did all that for me. She wanted the best for her kids, that was what she was like.

“Her kids came first, anyone who knew her would always say that.

“We were her protégés, she would do anything for us.

“Even to this day, the lessons I learned from her, I still apply in day-to-day life. She impacted me massively. I remember looking at her and thinking, ‘Everyone is really vibrant around her’.

“She made people feel good.”

Dylan admits he was a mummy’s boy and says making her proud every day drives him on.

He continues: “Mum was organised, fun, she liked the finer things in life.

“She was an all-round top woman. She was my best mate, to be honest.

“We would do everything together. We would go to Take That concerts together, we went shopping, we’d go into Manchester, on holidays.

“She always had something to look forward to and I try to live like that too. She would have been proud of me for doing SAS.

“She would have started laughing and said, ‘You’re mad you, doing this.’ I wanted to do something good in the memory of Mum. It helps me. I wanted to make her proud.”

Dylan started the One Love charity golf day in honour of Michelle, and has so far raised £45,000 for hospitals that helped the victims of the terror attack.

He is also a mental health advocate, and says his experiences have inspired him to help others through their own difficult times.

And in another vow to Michelle, he says: “Mum was the key to our family. I owe it to her to be the best person I can be. I will keep striving for the moon, I will keep working hard every day and be a strong person for my family. It still hurts. It always will.

“I have to keep going and keep doing better things.”