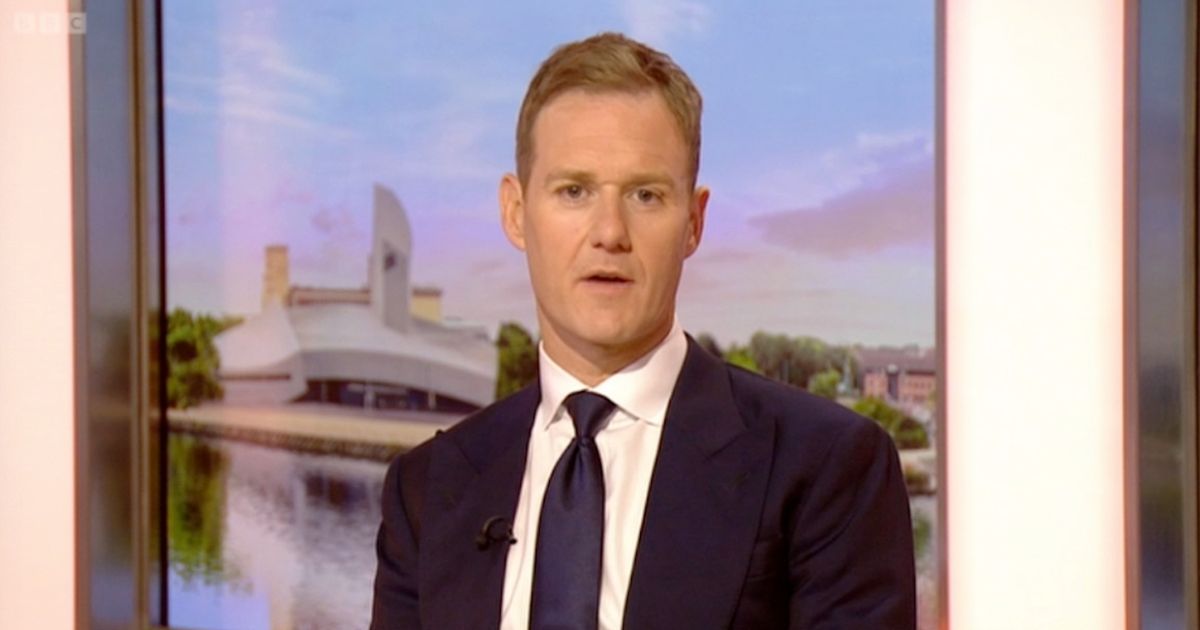 Dan Walker showed off his sassy side during an appearance on a celebrity edition of ITV ’s The Chase where he took a swipe at brain box Paul ‘The Sinnerman’ Sinha.

The 45-year-old outgoing BBC Breakfast host featured on the popular ITV game show on Saturday where he attempted to win a top cash prize for charity.

He appeared on the show alongside Scottish politician Ruth Davison, reality star Ferne McCann, and the musician Mark King.

Dan aimed high when it came to his round as he was accepted the choice of playing for an incredible £104,000 after he accumulated a not shabby £8,000 in the cash-builder round.

Dan Walker made catty comments on The Chase
(

Before he appeared in front of Paul, however, Dan threw a quip that amused the stars on the show when the Chaser was trying to coax 63-year-old Mark into accepting a higher bid.

Show host Bradley turned to the panel of celebs for advice after Mark was given the choice of playing for the £4,000 that he raised in the cash-builder round, go low for £1,000, or go high for £60,000.

Dan cheekily replied: “Don’t get sucked in by the man in the white tuxedo” – prompting titters in the studio.

Dan featured on The Chase alongside Ferne McCann, Ruth Davidson and Mark King

However, Paul himself appeared to see the the funny side of the dig, as he could be seen smirking at the quip when the camera turned to him.

Dan upped his catty comments, however, when he told Mark: “Your jacket’s much better, go four grand.”

But it appears Paul ultimately got the last laugh as he caught out Dan during his own round as he failed to bank £104,000 and was captured on his final question.

Viewers were left disappointed when Dan accidentally answered a question wrong that cost him his part on the show.

Taking to Twitter to hit out at the BBC star as he tweeted about someone being intelligent, a follower quipped: “Your not after that shocking appearance on the chase this afternoon!”

But a more sympathetic fan tweeted: “Unlucky on the chase Dan, great effort.”

While Dan was eliminated, the remaining contestants were successful in the final chase and won £12,000 to divide between them to donate to their chosen charities.

Fans of Dan will already know he announced his shock plan to quit the BBC for a new job at Channel 5.

Dan was catty when referencing Paul ‘The Sinnerman’ Sinha’s jacket
(

Addressing reports about his departure this month, Dan wrote via social media: “It is often the case that the simple truth is much duller than all the made-up ‘moles’ and so-called ‘sources’ claim.”

He added: “In a nutshell… a bloke with a really good job, which he loved, got offered a really good job somewhere else which provided an amazing new challenge and the opportunity to make some exciting telly.”