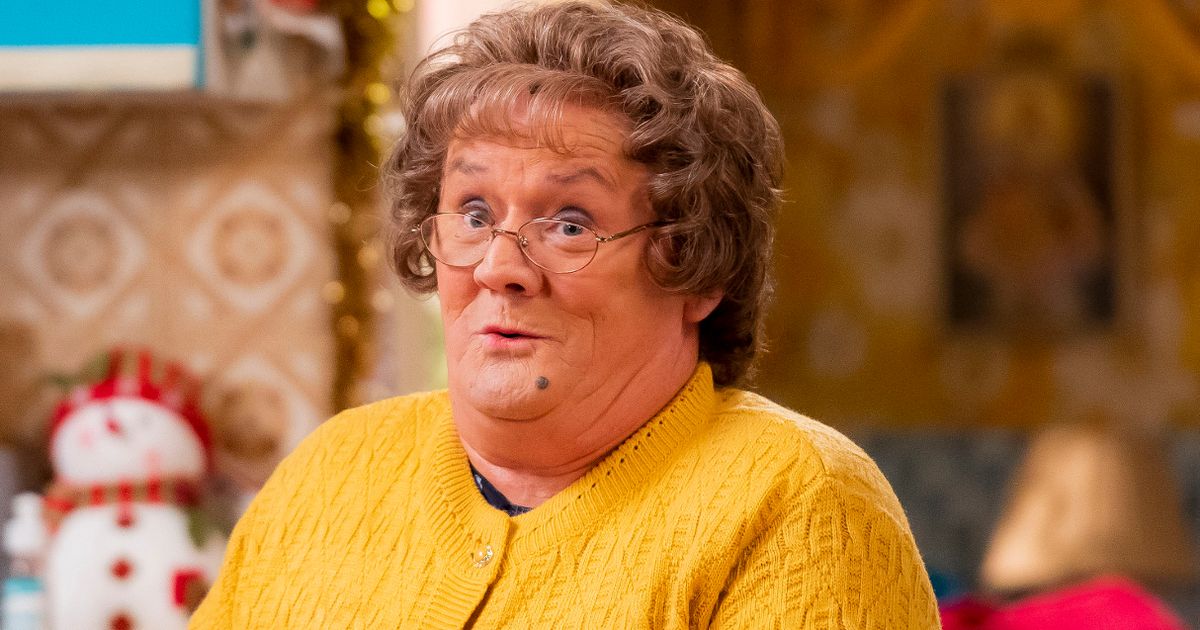 BBC fans were less than impressed with the New Year’s Day episode of Mrs Brown’s Boys, calling for it to finally be cancelled

Mrs Brown’s Boys was accused of ‘ruining’ New Year’s Day by angry viewers who begged BBC bosses to cancel it.

The sitcom starring Irish actor Brendan O’Carroll as the matriarch of the Brown family aired a special on January 1, but viewers were less than impressed while watching his ‘Mammy’ recovering from a New Year’s Eve hangover.

The show’s live studio audience were left in fits of giggles after Grandad’s joke that a nearby murder that saw a man beaten to death with a fish was committed by “Jack the Kipper”.

But it seems that people tuning in from home didn’t find it quite as amusing.

One took to Twitter to fume: “2022 was going so well but Mrs Brown’s Boys has just come on!”

A second penned: “@BBCOne kicking off their drama for 2022 with the thrilling The Tourist… shame they then put Mrs Brown’s Boys on!”

One went as far to suggest: “Literally the worst show ever – cancel it!”

The show split opinion as usual
(

With another agreeing: “I tuned in to what I thought was [Peaky Blinders] and it turns out sadly it was Mrs Brown and her boys. The worst TV ever – please BBC, stop this!”

And a third fumed: “Please put this show out of It’s misery. It’s had It’s day”

Not everyone felt that way though, with many taking to social media to praise the comedy.

One wrote: “love it. I think it’s hilarious.”

Another fan posted: “What a really good #mrsbrownsboys tonight as always”

Some asked the BBC to cancel the show

“i love #MrsBrownsBoys because its about family and the love the members of that family has for each other,” one said.

While another agreed: “I enjoyed #MrsBrownsBoys again some funny moments and nice messages. Agnes apologising was funny.”

And others pointed out the irony of people complaining about the show but still watching it.

“All the comments about #MrsBrownsBoys from people clearly sitting watching it with NOTHING better to do than sit complaining. It’s 2022 surly if it’s that bad change the channel,” one suggested.

And another posted: “I get the brickbats thrown at this show but it still pulls down decent ratings has weak competition & fills an oirish comedy void left by Frank it’s the way I tell em Carson….”