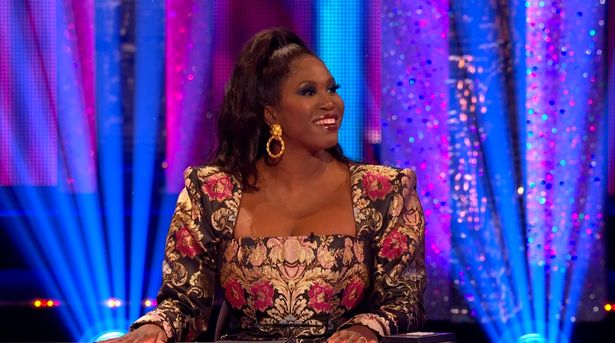 Motsi Mabuse has admitted that ‘nothing felt better’ than returning to Strictly Come Dancing after her two-week quaratine.

The 39-year-old talent judge was excited to re-join the judging panel this Saturday alongside fellow judges Craig Revel-Horwood and Shirley Ballas.

It came after Motsi was replaced by Anton Du Beke after she was forced to self-isolate for two weeks following an emergency trip to Germany.

On tonight’s show, Motsi was all smiles as she returned to the studios for the latest instalment of Strictly Come Dancing on BBC One.

“We missed you so much, how does it feel to be back?” Claudia Winkleman asked Motsi.

As a result of her overseas trip, Motsi was then required to self-isolate for two weeks after her return to the UK, in adherence with Covid-19 quarantine regulations.

However, the dance star has since completed her isolation and is over the moon about her return.