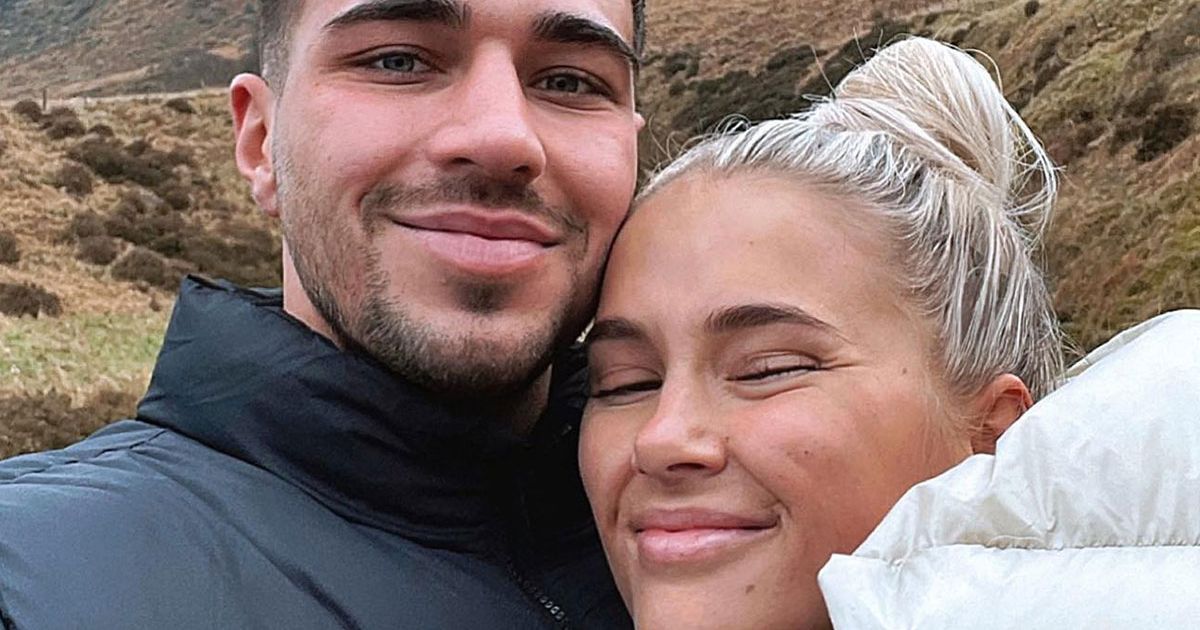 Molly Mae Hague and Tommy Fury hired out a bowling alley for a date after sparking another class row.

The 22-year-old shared videos of her and boxer Tommy enjoying a private game in the VIP area at Atlantic Bowl in Altrincham, and uploaded clips of them bowling on her Instagram Stories.

Despite not knocking any pins down during her game with Tommy, Molly Mae refused to be downhearted and proceeded to do a dance after scoring no points.

“It’s the taking part that matters guys,” she joked.

Tommy poked fun at his other half in another video on his Instagram Stories, as he wrote: “I don’t think bowling is for her.”

Molly Mae opted for a more casual outfit for her date night with the boxer, teaming a pair of grey joggers with a leather jacket and chunky boots.

Tommy poked fun at his girlfriend when she scored no points

The former Love Island stars were ignoring their troubles with the trip out, as they’ve sparked another controversy with their remarks while shopping in a discount store.

The PrettyLittleThing creative director laughed as she filmed Tommy in Home Bargains, with the 22-year-old voicing his disbelief over the low prices.

The couple filled up their trolley with energy drinks and other items, but Tommy was bowled over by the bargains.

“I think Tommy’s enjoying our little trip to Home Bargains,” she said, turning her phone to film her boyfriend.

The couple hit the headlines with their video in Home Bargains

“Let me tell you, B&M Bargains, I’ve never seen anything like it,” he replied.

“These drinks that you get in the gym, they’re here and they’re 89p. Like, hold on, stop what you’re doing and process that for a second!” Tommy exclaimed.

The model and influencer can be heard laughing, as she tells her viewers: “We’ve really stocked up, guys. Honestly, B&M trips are the one.”

Molly Mae, who is reportedly worth more than £1 million thanks to her lucrative deals since leaving the villa, captioned her video: “He’s absolutely fascinated,”

Tommy was amazed by the low prices in the discount store

Their followers were frustrated by the tone deaf comments
(

But the footage irked some of her followers, who called her out for her “classist” remarks.

“Molly Mae shopping in home bargains to prove that she’s a humble queen,” one quipped.

“Not Tommy and molly mae discovering home bargains,” another added.

“So weeks after being called out for her classist remarks, Molly Mae’s first IG story that isn’t just a photograph is a clip of her and Tommy in Home Bargains/B&M being utterly shocked at the low prices,” one fumed.

“Does she not have a PR team to advise against s*** like this,” they added.

Molly Mae was forced to apologise for her remarks about privilege earlier this month, after discussing wealth inequality during a podcast interview.