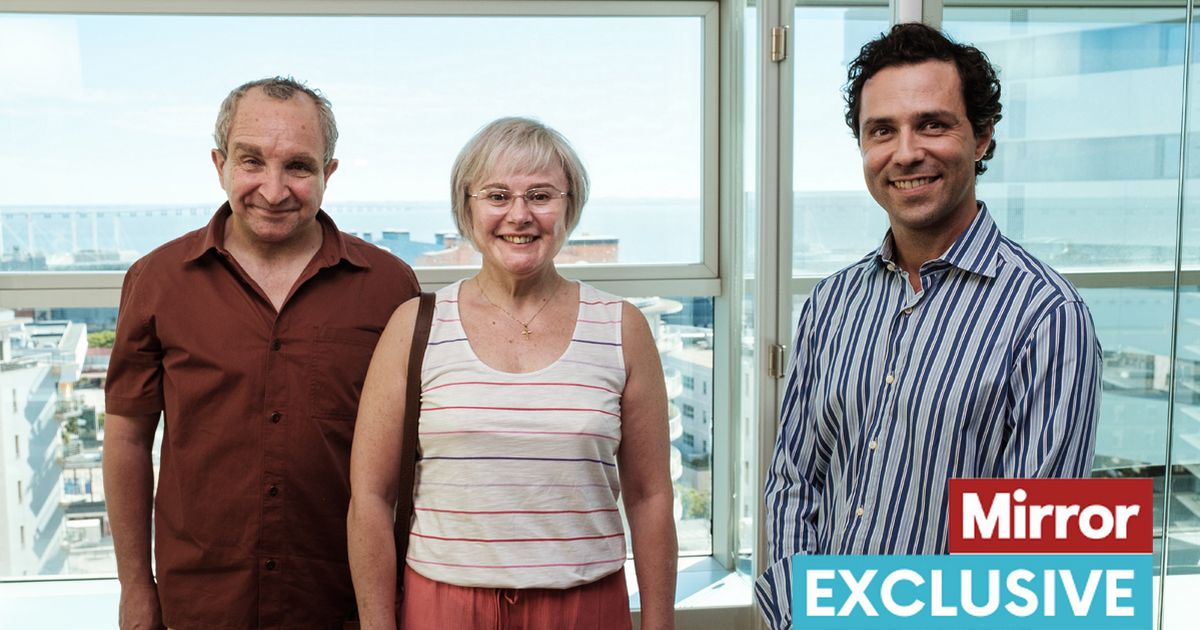 The four-part drama, The Thief, His Wife and the Canoe, tells the incredible story of fraudster John Darwin who faked his death at sea in 2002

The Mirror has a starring role in the TV drama based on the life of ‘Canoe Man’, with our Canary Wharf office recreated for the show.

Four-part ITV drama, The Thief, His Wife and the Canoe, tells the incredible story of fraudster John Darwin.

The prison officer faked his death at sea in 2002 so his wife Anne could claim more than £500,000 in life insurance.

The show is based on the book by ex-Mirror man David Leigh, who can be seen in Panama in the opening scenes. The show recreates Darwin’s time in hiding – in a room behind a wardrobe in the marital home in Seaton Carew, Co Durham, then living in Panama for five years before handing himself in to police.

A visa issue prompts his return to the UK, before the Mirror’s infamous front page picture exposed their scam.

Mirror’s HQ is recreated for the show
(

The pair can be seen posing in an estate agents’ office in Panama, in 2006, before they moved there from the UK.

Darwin claimed he had “amnesia”, while Anne told the Mirror she thought he was dead – a lie she kept up to sons Mark, 37, and Anthony, 34.

Our East London office is shown as news editor Tony Harwood tells David he has to break the news to Anne. Other iconic front pages, including Tony Blair ’s 1997 ­election victory, can also be seen on the wall.

David said: “That picture from Panama was the evidence that brought an end to the Darwins’ lies.

The drama is based based on the life of “Canoe Man”
(

“It was emphatic proof Anne had been lying about her husband’s faked death to everyone she held dear, not to mention the police and the insurance companies.

“It was a massive scoop and it was incredible to be such an integral part of a ­jaw-dropping story that was making front-page headlines day after day.

“But it was quite emotional watching someone’s life crumble before my eyes.

“When I showed her the image, Anne sobbed. She kept repeating, ‘What have I done? The boys are never going to forgive me’.” John, now 71, and Anne, 69, were jailed for more than six years for fraud in 2008, and divorced in prison.

The Thief, His Wife and the Canoe
(

He now lives in the Philippines with his second wife Mercy Mae, 48, while Anne lives in Yorkshire.

Darwin was described as a “fantasist” by Eddie Marsan, who plays him. He said: “He had delusions of grandeur. He thought he could outsmart everyone.”

She said: “John treated her very badly but she stayed with him.”