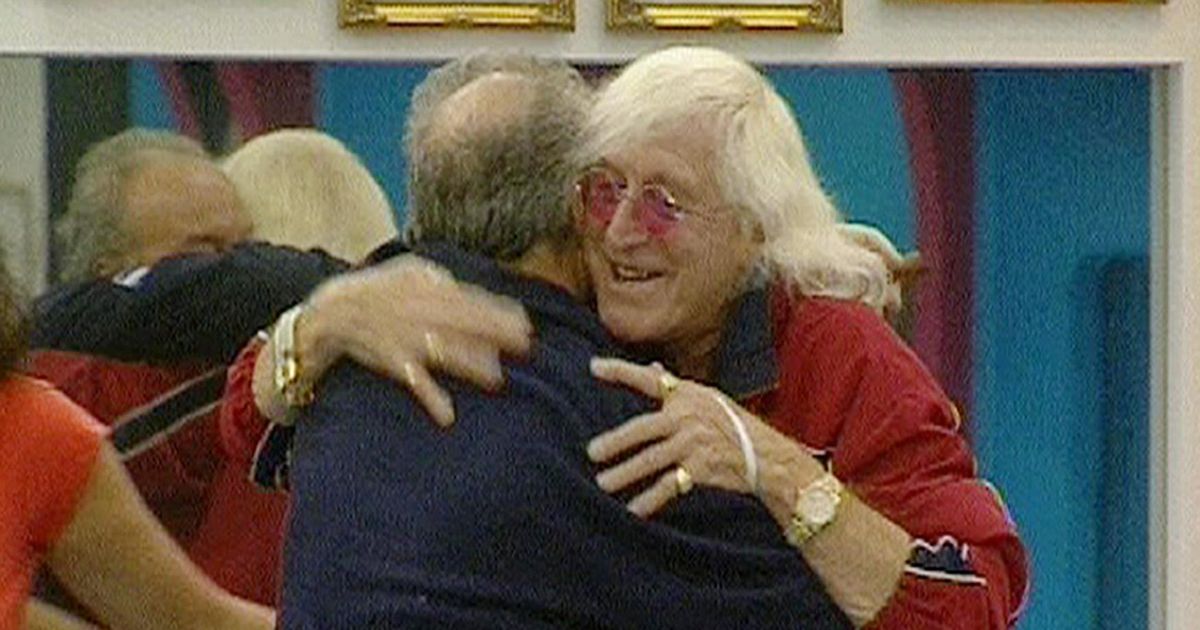 Just seconds after entering the Celebrity Big Brother house, Jimmy Savile made a chilling remark to the gathered housemates.

Savile, who was exposed as a sexual predator after his death in 2011, was greeted with cheers when he visited the famous Borehamwood bungalow in January 2006.

The series was remembered for George Galloway pretending to be a cat, the Michael Barrymore ‘bullying’ row with Jodie Marsh and Chantelle Houghton winning the whole thing despite not being a celebrity.

But a moment that makes the skin crawl was when Savile entered the house for two days as part of a special task – in scenes that Channel 4 are unlikely to air ever again.

The disgraced TV presenter was reportedly paid £150,000 for his two days work in which he helped the housemates fix things, just like in his show Jim’ll Fix It.

During his incredibly awkward arrival on day 10, Savile made some disturbing comments while greeting all of the celebs.

He told basketball legend Dennis Rodman: “I want you to know I have a violent temper but you have nothing to fear from me.”

After hugging Coronation Street star Rula Lenska, he exclaimed: “I would want to marry all of you ladies for at least 24 hours.”

One of the most excruciating interactions came when Savile took hold of Chantelle’s hand as she nervously giggled.

“I know that many fellas love you, but they don’t love you with the sincerity and tenderness I do,” said Jimmy before kissing her hand.

Kissing her hand again, he creepily added: “I always tell the truth even when I’m lying.”

Michael Barrymore then got down on his knees in front of Saville, who he had known outside of the house, as if he was bowing down to him.

Evil Savile then told the housemates that he was there to fix something for them and started walking round the house.

While Rula was cooking, Savile told her she looked “far prettier” than she does on TV “in the flesh”.

He went on to speak about his experiences with The Beatles star John Lennon and claimed Pete Burns’ voice was almost identical.

Later in the evening, Savile started up a conversation about prison by asking the housemates if anyone had “been in the slammer”.

He joked that being in the Big Brother house was the first time that he had been “inside” – then started praising Michael while discussing his career.

In the Diary Room, an emotional Michael said: “When he came in I was blown away because it’s him and he never lets you down.

“I didn’t think seeing Jim and hearing Jim talking and being so personal and kind to me. I started to well up in there and thought here we go.”

While the housemates were writing their letters to Savile with their requests, he popped his head round the door and uttered some strange words.

“Don’t forget ladies I’m available most weekends for home visits,” he remarked before sliding away as the women awkwardly giggled.

Among the requests was a jumbo jet flight for Michael, two tickets to the Oscars for George, a role in EastEnders for Preston and Chantelle asked to be a pop star.

When he went to leave the house on the first day, Jimmy disturbingly explained why he wasn’t going to spend the night in there.

He claimed he couldn’t stay because he comes from a “red-blooded part of the country” and would not be able to restrain himself.

The next day, Savile returned to the CBB house to give the housemates their wishes, including a personal video message from home for Pete and pampering equipment for Dennis.

George was given two tickets to the BAFTAs, Chantelle got a CD of her ‘fake’ track (as she was pretending to be a pop star, and arrangements had been made for Preston to meet EastEnders bosses.

The most vile gift was when Savile told American actress and model Traci Bingham that he would reveal in private how her wish for something “personal for her” would come true.

On his final night he danced around the living room with the housemates while the theme tune to Jim’ll Fix It played through the speakers.

Savile then said goodbye to each person individually, then asked if he could go round and do it to each one again, before finally leaving.

On day 18, Savile’s name was mentioned once again – but in much more sinister circumstances.

The housemates were all sat together in the living room while Barrymore went to the Diary Room to make his nominations for the upcoming eviction.

In what appeared to have been a discussion about Savile that was edited down, Pete Burns said: “He’ll take his secrets to his grave and beyond, Mr Savile.”

This was before the Savile’s heinous crimes as a predatory sex offender were exposed after his death in October 2011 and there is absolutely no indication that Pete or George knew anything about Savile’s crimes.

Savile was spoken about after he left the CBB house
(

Savile died in October 2011 after being in hospital a short time before that with pneumonia.

In the days leading up to his death just before his 85th birthday, Savile was quoted as saying: “So many women, so little time.”

He added: “I’ve got a bounce back-ability, but this time I don’t seem to be bouncing back.”

Though there were some questions about his private life and allegations when he was alive, most of them were dismissed despite him being quietly banned by the BBC from hosting Children in Need.

In the aftermath of his death, inquiries were held into the culture of the BBC, his longtime employer, as well as criminal investigations into other high-profile sex abusers.

The likes of Rolf Harris and Stuart Hall fell foul of the investigation into Savile’s crimes when Operation Yewtree was launched by the Metropolitan Police.

Now a new Netflix documentary promises to lift the lid on how a public figure could maintain such a dark and twisted secret life.

On its official website, Netflix said: “TV star Jimmy Savile charmed a nation with his eccentricity and philanthropy. But sexual abuse allegations expose a shocking unseen side of his persona.”

Who was Jimmy Savile? How did he die and where is evil paedophile buried?