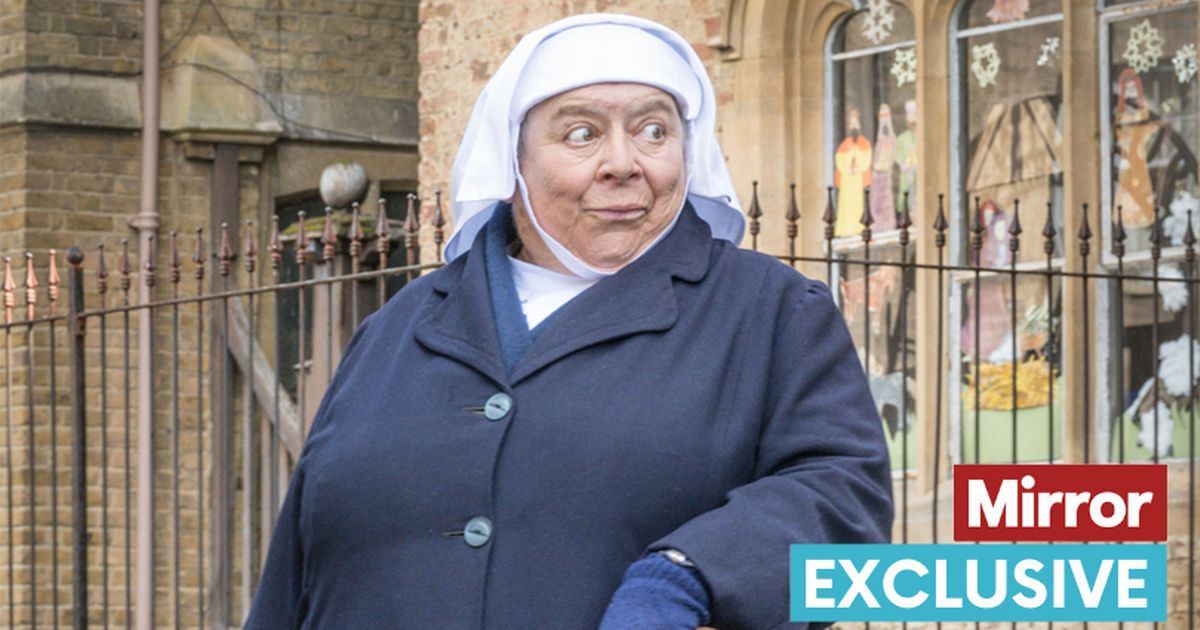 Miriam Margolyes is back in Call The Midwife

And if you ever bump into her, you might feel she’s rather resembles the no-nonsense stalwart of Nonnatus House in real life, too.

The 80-year-old, who took a break from work at the height of the pandemic earlier this year, admits: “There are considerable similarities.

“The directness Mother Mildred has is mine. I’m very like that. Playing her is what I call NAR – no acting required.

“I enjoyed coming back in April to film the Christmas special. We had a great deal of fun, as we always do.”

It’s 10 years since the BBC launched its 60s drama following the lives of midwives attached to an East London convent. Running to 10 series and also featuring stars Jenny Agutter, Helen George and Stephen McGann, it has won praise for tackling subjects such as stillbirths, racism and abortion.

Miriam is one the UK’s most seasoned actresses

“There’s a lot of hate about at the moment, a lot of complaining and anger, which I’m not surprised at. But when you see a programme about caring, about love and people looking after each other, it feeds the soul.”

Would she like to carry on playing Mother Mildred in future series? “I’d love to,” she says “but It depends if they ask me – we never know from year to year whether we will return.”

Explaining her fears over Covid, Miriam says: “It has really bothered me.

The star is known for her outspoken nature
(

“I’m nervous about going out. I used to go to the theatre three times a week and I haven’t been for almost two years. I’m worried about the Tube.

“You see people not wearing masks, which is frustrating as it’s easy to do.”

During lockdown she wrote her first memoir, This Much Is True.

It’s a reflection on her life and her 50 years of acting, starting with her earliest forays on to the stage with the Footlights group while studying English at Cambridge.

In 1994 she won a BAFTA for Mrs Mingott in Martin Scorsese’s The Age of Innocence and starred alongside Leonardo DiCaprio as the nurse in Baz Luhrmann’s Romeo and Juliet. She also played Professor Sprout in the Harry Potter films.

The book is peppered with anecdotes – from Bob Monkhouse being the best kiss she ever had to being frozen out of Footlights by John Cleese and Bill Oddie.

Miriam says of the book: “It wasn’t something that had been bubbling inside me for years. I got offered quite a large sum and thought ‘I’ll do it’. That’s the sort of person I am.”

One of the things she learned while reflecting on her past is that the bolshy star is less confident than she lets on. She explains: “I did learn that I am quite insecure. That doesn’t show from the front.

“I always carry on as if I know exactly what I am doing but I don’t. I’m uncertain a lot of the time.

“But I do feel loved and appreciated. I knew my parents loved me and my partner loves me but I didn’t know the public loved me. Now I know they do, I find it extremely gratifying.” The actress has been in a relationship with Australian historian Heather Sutherland for 53 years.

Miriam will spend Christmas in Tuscany

They will spend Christmas together in Miriam’s Tuscan farmhouse where they plan a lazy day eating roast lamb and perhaps taking a short walk.

She says: “I do rather disapprove of Christmas because it’s usually people spending money they don’t have on people they don’t like. We might see some friends for a glass of wine but we usually keep it very low key.”

Miriam says she is surprised to still be acting at this stage of her life. “There are very great actresses still working in their 80s such as Eileen Atkins, Dame Judi Dench and Sheila Hancock but it is unusual and they are very big stars – and I’m not.”