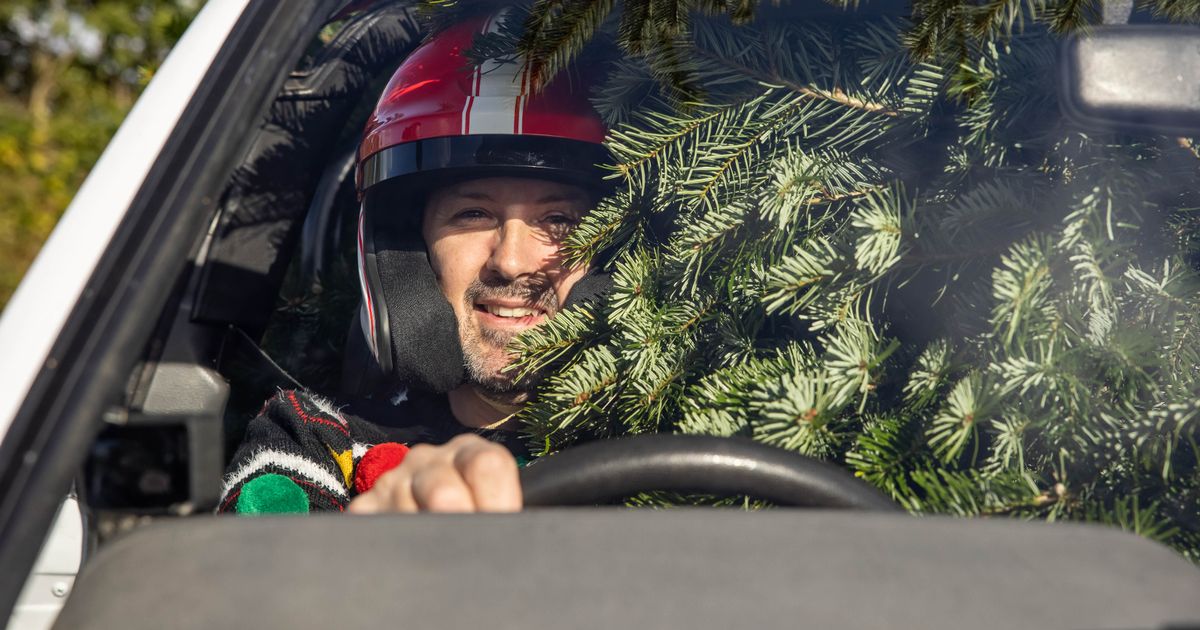 Top Gear presenters Paddy McGuinness, Freddie Flintoff and Chris Harris have a job on their hands transporting a one-tonne tree to a UNESCO World Heritage site in the car show’s Christmas special

The Top Gear Christmas special poses a test for the presenters (

Paddy McGuinness, Freddie Flintoff and Chris Harris certainly got into the festive spirit for the season’s Top Gear special as they donned Santa suits to “drive home for Christmas”.

The trio showcased their Father Christmas attire as they attempted to shift a giant tree on a yuletide road trip across Britain.

They are tasked with moving a one-tonne Christmas tree to the UNESCO World Heritage Site of Bath and in a funny preview of the special, they seemingly struggle to decide how they will get the tree onto their car.

The clip shows Paddy reading a card. He says: “Hang on, didn’t see this on the bottom. ‘Now that you’ve got to grips with your warm up trees, time for the real thing which you will deliver to the UNESCO World Heritage Site of Bath. Please treat this tree with care.”‘

Freddie replies: “What tree?” leading to Chris telling him to look behind as daunting music bellows.

After he spots the tree, Freddie gasps: “No chance. Dear God. What do you do with that?”

Paddy jokes: “I don’t think we’re going to get that through there, before Chris asks what the producers were thinking of.

As the clip goes on, Paddy can be heard saying in a voice-over: “Well, clearly they were thinking we’d have no chance of lugging a one tonne 40ft tree over 140 miles to Bath.

“But, Christmas is a time for miracles so we hatched a plan.

“First, we reinforced the roofs of our cars to support the extra weight. Then, with the help of a big crane, we laid a tree across the top. Once we got it latched down, we were all set to give it a whirl.”

Chris is seen commenting: “I’ve always wanted to be in The A-Team! This feels very A-Team to me.”

They face a mammoth task to transport the tree
(

With the trio set for their trip, the cameras show them strapping the huge tree to the top of their cars, with Paddy’s car in the lead.

Speaking via a walkie talkie, he says: “I do not like being stuck in the middle of this. I’m not in the best position here!”

Paddy can then be heard saying: “Give it some juice, a bit of juice boys!”

Top Gear: Driving Home For Christmas airs on BBC One on December 24 at 8:30pm.