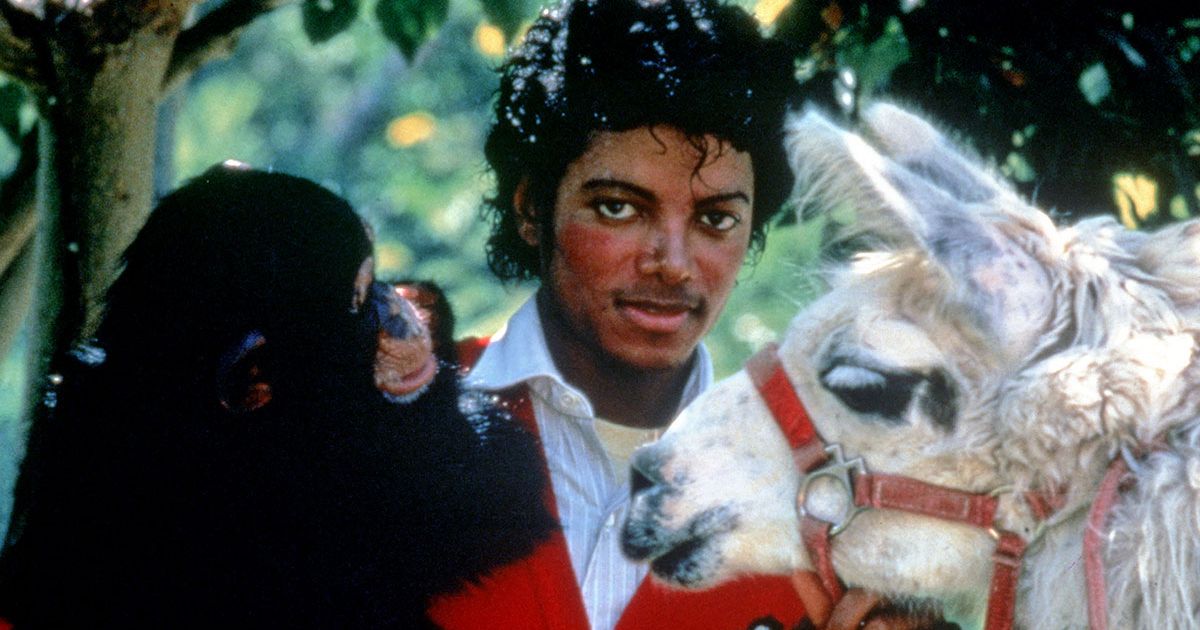 Ex-EastEnders star Ross Kemp investigates Michael Jackson’s Neverland animals in a new documentary, in which a conservationist says she reprimanded the pop star about his treatment of animals

Michael Jackson’s pet chimpanzee Bubbles “was hit when he did something wrong”, claims primatologist Jane Goodall in an interview with Ross Kemp.

The former EastEnders star investigates what happened to the famed musician’s animals at his Neverland ranch, which included elephants, giraffes and tigers, as part of a new ITV documentary.

The Beat It hitmaker had a pet chimpanzee, Bubbles, who was reportedly “hit across the room” in order to discipline him, conservationist Jane Goodall, 87, has claimed in a new interview with Ross.

Goodall said she visited Jackson at his California ranch and reprimanded him about his treatment of animals.

She told Ross: “He looked at me and [asked] ‘you wouldn’t approve of a chimp being hit over the head, would you?’ I said, ‘No, Michael, you know I wouldn’t.’”

“Bubbles was hit when he did something wrong. Michael said that once he was hit across the room. I said, ‘Well, Michael, did you think that was all right?’ And he said, ‘No, not really.’”

The chimpanzee, now 39, has been living at the Centre for Great Apes in Florida, since 2004.

The ITV documentary Searching for Michael Jackson’s Zoo with Ross Kemp investigates the animals once owned by the pop star, as Ross journeys across America to uncover the truth behind what happened to the Neverland animals.

The Beat It hitmaker had a pet chimpanzee, Bubbles, who was reportedly “hit across the room”
(

ITV has reported that exclusive footage taken inside Neverland shows the pair of elephants being trained with the use of bullhooks, rods with a sharp hook at the end, which have been banned in several American states including California.

The elephant trainer, who asked to remain anonymous to protect his identity, used the instrument in the footage taken in Neverland and said: “Back in those days, that was the way I was trained. But I was also trained that it’s not supposed to be a weapon. Nothing makes anything OK, but this is stuff from years and years and years ago.”

The Estate of Michael Jackson declined to comment. However it has previously been reported that a source close to the family believed the animals were cared for perfectly well.

Goodall said she visited Jackson at his California ranch and reprimanded him about his treatment of animals.

Ghiazza, who absconded to South Africa from Italy where he was due to face time in prison on drugs offences, was convicted of animal abuse in 2003.

Marcelle Meredith, the head of South Africa’s NSPCA, told Ross: “[Ghiazza] was a despicable person because of what he did to the animals he had. He was ruthless. Absolutely ruthless.”

Ross Kemp also speaks to former workers at the famous Californian ranch, including Mark Biancaniello, a former Neverland Zoo trainer, who describes Jackson as an exemplary owner of animals who would never abandon his pets.

Biancaniello said: “I think for the people that really knew Michael on a deeper level and saw his connection to the animals and everything there’s no doubt the compassion and the care and the sensitivity that he had towards his animals. I think that’s the biggest legacy in my mind. I know that all the animals got great homes.”

Searching for Michael Jackson’s Zoo with Ross Kemp airs on Wednesday, April 27 at 9pm on ITV and catch-up on the ITV Hub

Piers Morgan claims victory as TV show gets 400,000 viewers – but is beaten by snooker