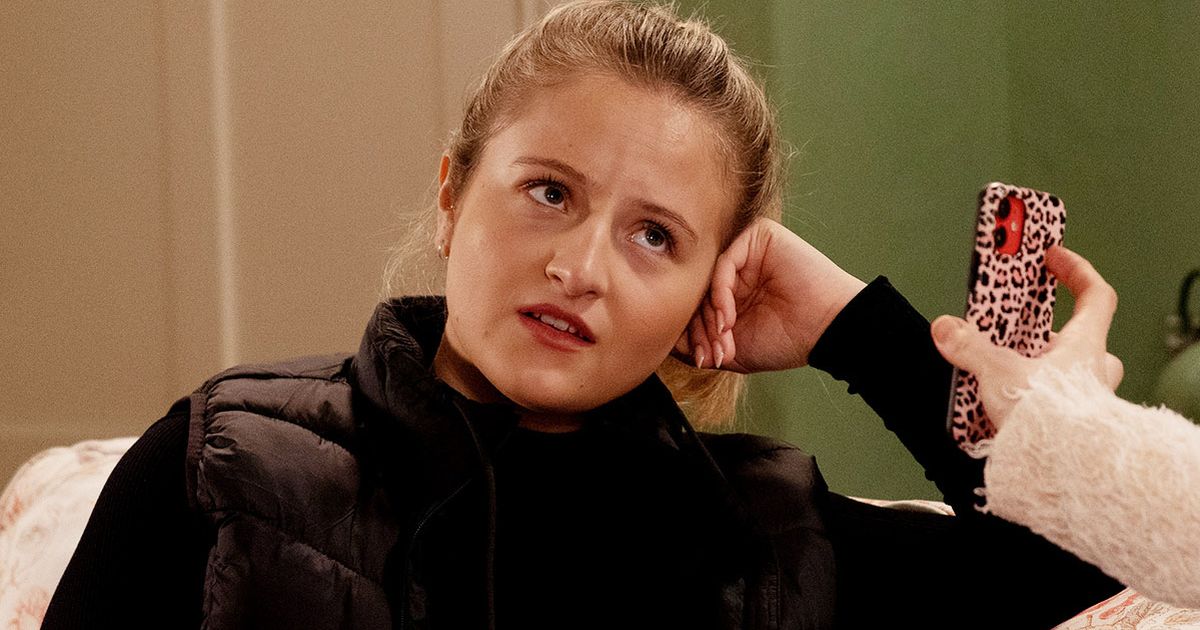 Emmerdale fans are concerned about teen Amelia Spencer on the show, with many no doubt hoping Gabby Thomas would rumble her recent behaviour.

But Gabby, who has decided to have Amelia babysit her baby son Thomas, claiming to need some time to herself, is a little preoccupied after recent events.

This will only continue too, as she grows fearful her former fling Jamie Tate will return to the village and steal Thomas, after recently working out he was alive.

All the while, poor Amelia is showing signs that something concerning is unfolding, and only viewers seemed to have noticed.

If anything, Gabby is unknowingly aiding her new obsession, unaware of the impact – as viewers believe they have worked out what is going on with the character.

Emmerdale fans are concerned about teen Amelia Spencer on the show
(

In recent scenes, Amelia has become obsessed with social media and the portrayal of herself and her life on her platforms.

One scene saw her taking an image of a huge cake but declining eating it, only wanting to save the media for her own birthday – to make it look like her own cake.

She was also spotted using several filters on her images online, while her stepmother Kerry Wyatt didn’t seem to do much to discourage this.

With her and her family not having a lot of money, she brought up the fact her dad Dan would be furious if she began ordering loads of expensive clothes to her door.

Gabby agreed to let her order any parcels to her house, leaving Amelia thrilled.

But viewers quickly predicted Amelia’s increasing obsession with social media, following her being used by Noah Dingle, could lead to more.

From the filters and the refusing to eat, to the selfies at the large house that is Home Farm, viewers believe Amelia is selling a life online that isn’t hers.

Concerned about her appearance but also how her life looks online, viewers are worried about how far the teen will go – and believe she will pretend to be rich, and that she lives in Gabby’s home.

Taking to Twitter, fans worried that this would only end badly for Amelia as they urged other villagers to notice.

One viewer said: “Yeah, this storyline is about Amelia getting absorbed by social media and the effects comparisons she’ll make will have on her body image. This storyline isn’t going to go well… hope Amelia is gonna be alright.”

Another fan tweeted: “Ah amelia wants to use home farm for social media going to cause a lot of problems for her.”

A third added: ” Amelia taking selfies? she post online making out its her house,” while a fourth commented: “It’s not about followers Amelia . Kerry should stop encouraging Amelia.”