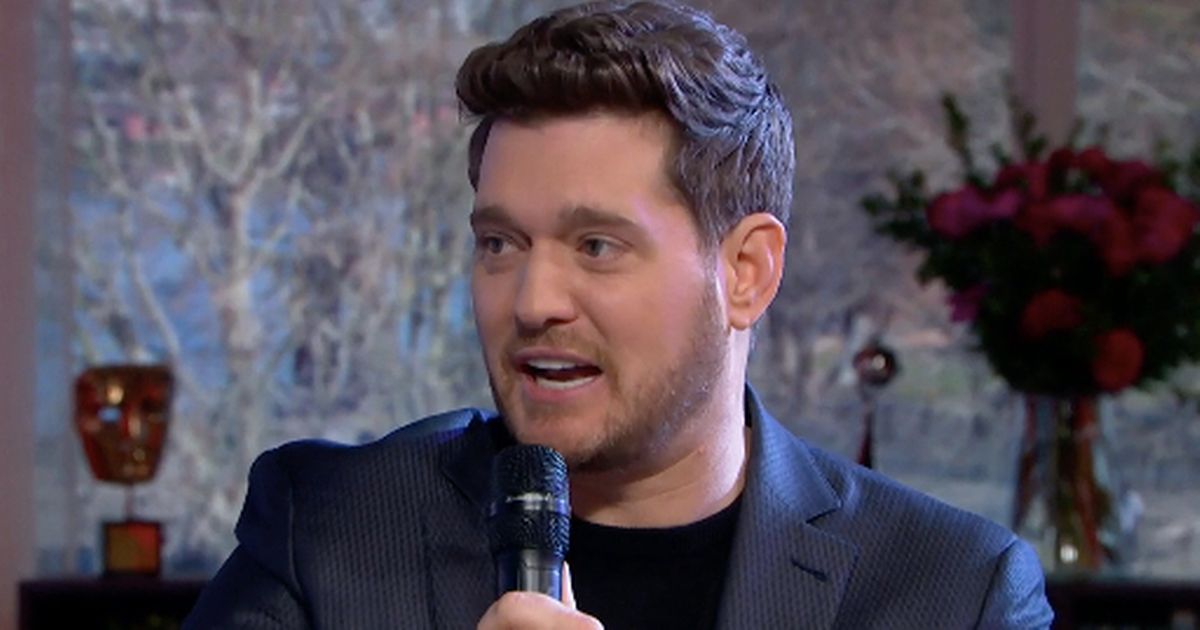 Singer Michael Buble joked he wasn’t able to spell the name of a track he famously covered in the past, as he sat down on This Morning with Alison Hammond and Phillip Schofield

This Morning: Phillip and Alison sing with Michael Buble

Alison Hammond was thrilled on This Morning on Tuesday, as she was able to duet with singer Michael Buble once more.

She wasn’t alone though, as this time co-host Phillip Schofield was roped into performing with them in a pre-recorded clip.

Phil isn’t one to burst into song on live TV, he reminded co-host Holly Willoughby as they shared a clip recorded last week.

Singer Buble headed into the studio for a catch-up and a sing along, not having been able to do so for the past two years due to the pandemic.

As the star discussed his new music, upcoming tour and family life, he also revealed all on the moment he received a phone call from music legend Sir Paul McCartney.

Michael Buble had a duet with Phillip Schofield and Alison Hammond
(

But Alison, who has met Buble before, couldn’t wait to sing with the star again after their previous hilarious duet.

This time, all three of them sang Nat King Cole’s L-O-V-E – but Michael made a blunder during the track.

Of course this was a joke on his part, and he was winding up Alison and sending her into hysterics as he said the wrong letters.

Swapping out the ‘E’ with a ‘G’ he claimed it was accidental and he couldn’t spell, while an amused Phil and Alison saw right through it.

Alison Hammond was thrilled on This Morning on Tuesday, as she was able to duet with singer Michael Buble once more
(

They proceeded to sing the song with him, all having a different line each before duetting together at the end.

Speaking of duets, Buble revealed all on him teaming up with The Beatles legend McCartney.

He said: “Sir Paul’s management wrote to me and said he understood I was making a record… he called and he said, ‘Hi, it’s Paul Mac’.

“The first thing that came to my head, I said, ‘Hi it’s Mike Bubs.’ What a lovely, easy-going man.”

Alison was soon flirting with the show guest again
(

Alison was soon flirting with the show guest again, and joked she didn’t want to hear that he and his wife were expecting their fourth child.

She told him he was “looking fine” and that his company in the studio was “electric”, while she added she was gutted that he hadn’t asked her to appear on his new album.

He told the hosts: “It is the joy of joy to come and sit down like this and be so comfortable and happy. I think the audience, they feel it.

“My record was supposed to be released months ago, but I refused… I needed this. Zoom calls – great, but it’s not the same as sitting with people and connecting with souls.”

On touring again, he joked: “I needed the money, too! It’s been a long time, I miss the people in front of me… I miss my people too, my beautiful band and my crew – the same crew, same people.

“And did I say about the money? My wife has an Amazon problem – I don’t even know what she’s ordering. It just shows up and I say, ‘What is that?’ And she says, ‘I don’t know, it’s a big box today.’”

On what fans can expect from the tour, he added: “Love, joy – a guy who’s genuinely happy to be out there.

“My family have been through a lot – everyone knows that. It’s been not easy. My son’s healthy, my kids are good, I’m in a place where the universe came together for me and I was able to really express myself. I was just grateful, happy, alive and breathing.”