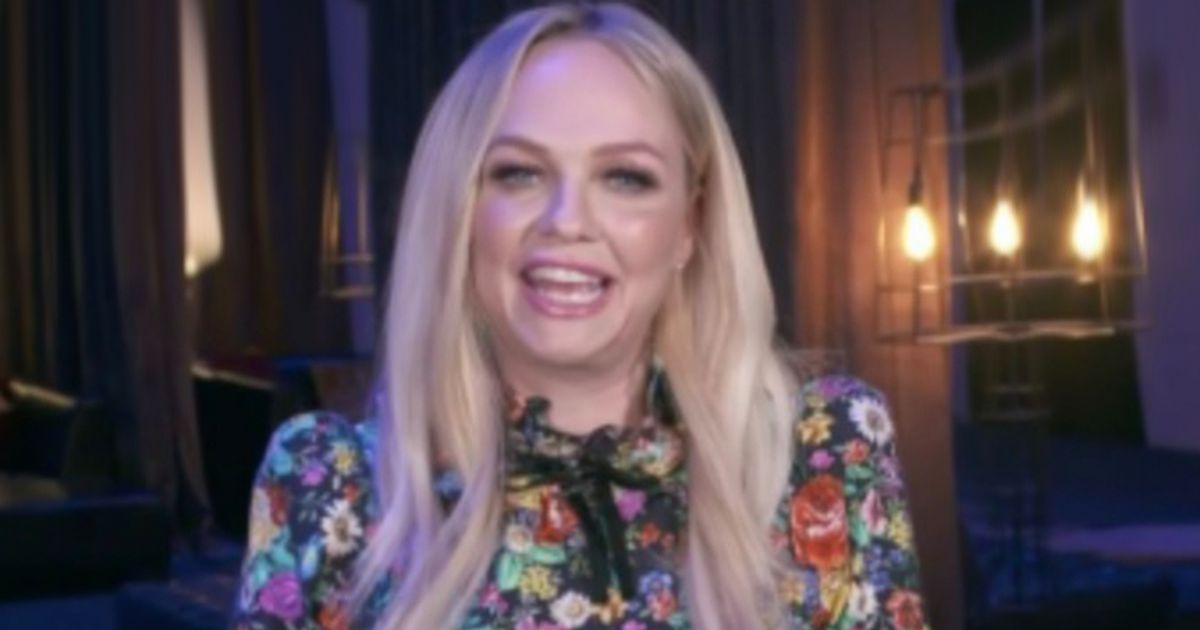 Emma Bunton presented the live Birmingham-based Concert for Ukraine alongside Roman Kemp and Marvin Humes, but made a series of verbal mishaps while trying to introduce artist Paloma Faith

Concert for Ukraine: Emma Bunton stumbles over her words

ITV viewers were left cringing on Tuesday night as Concert for Ukraine presenter Emma Bunton made a series of live mishaps in the final stages of the fundraising event.

But as the singer, 46, welcomed ITV viewers back from an ad break ahead of Paloma Faith’s performance on the stage, she made a series of verbal gaffes which resulted in her apologising to the audience.

She started: “If you’ve been enjoying the show at home and you’d like to help those who live,” she then stumbled before continuing, “And their lives have been turned upside down by the conflict in Ukraine, now is the time to please give.”

She continued: “While you do that, let’s have some more music. Please welcome to the stage the fabulous Palom,” Emma again struggled before pressing on. “Paloma Faith. It will be here very soon. Are you ready for Paloma Faith?”

She went on: “You – you can give any amount online or you can call. Standard -” As the former Spice Girl again tripped over her words, she apologised to audiences before again carrying on, saying: “Standard geographic charges from landlines and mobiles.”

The awkward string of hiccups did not go unnoticed by ITV viewers, who took to Twitter to react to the presenting slip-ups, with one savage viewer cheekily asking “Is Emma Bunton okay? Has she been on the gin?”

Another wrote: “Aww, has Baby Spice been on the Babysham?” as a third posted: “Emma trying to read the teleprompter like,” alongside a GIF of someone squinting.

Emma made a series of verbal gaffes which resulted in her apologising to the audience.
(

One social media user said: “I love Emma Bunton but she’s not a presenter bless her.”

Another ITV viewer savagely wrote: “I know it’s all for a great cause and the music is fantastic. But Emma Bunton is a disaster.”

Another chimed: “What a dreadful “presenter” Emma Bunton is!!! Why didn’t they choose people who have experience, rather than these amateurs!!””

Another questioned: “What is it with EmmaBunton keep messing up her words,” alongside a string of crying laughing emojis.

Elsewhere in the two-hour live event in Birmingham, ITV viewers claimed that Emeli Sandé was “miming” during her performance on Tuesday evening.

Ed Sheeran and Camila Cabello took to the stage alongside the likes of the 35-year-old hitmaker to sing for Ukraine.

After Snow Patrol gave a rousing opening performance of their hit song Run, Emeli took to the stage in vibrant green to perform alongside a string of choral singers.

But as the vocal powerhouse got her performance of hit Brighter Days underway, a number of ITV viewers took to Twitter to speculate whether the artist was indeed performing live.

One wrote: “Worse case of miming I’ve seen in a long time by Emeli Sandé,” as another tweeted: “Sorry Emeli Sandé I love you but that was the least believable miming I have ever seen.”