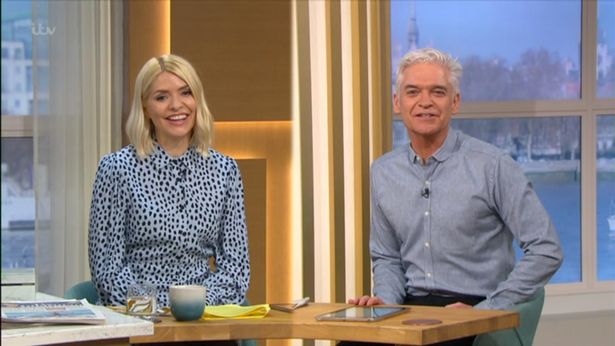 This Morning host Holly Willoughby revealed on Monday’s show that Oprah Winfrey’s team contacted the show asking for footage from their interview with Samantha Markle, Meghan Markle ‘s half sister.

This likely means Meghan will address her family drama for the first time ever as the explosive interview saw Samantha bitterly slam her sister for her treatment of their father and demand an apology.

Meghan and Prince Harry recently recorded the tell-all interview which was said to have been re-edited after another row with the Royal family.

Samantha spoke to Ruth Langsford and Eamonn Holmes in January 2020, and Samantha tore into Meghan and Harry for their treatment of Meghan and Samantha’s father, Thomas Markle.

Holly explained: “Funnily enough, Oprah Winfrey’s team contacted This Morning requesting footage from our interview with Samantha Markle in preparation for the interview with the Duchess of Sussex.”

Given the change of events between last week’s filming and the stripping of their patronages, the televised chat will be re-edited.

It is understood the couple spoke about their roles within the royal family which have “significantly” now altered since sitting down with the US chat shown queen.