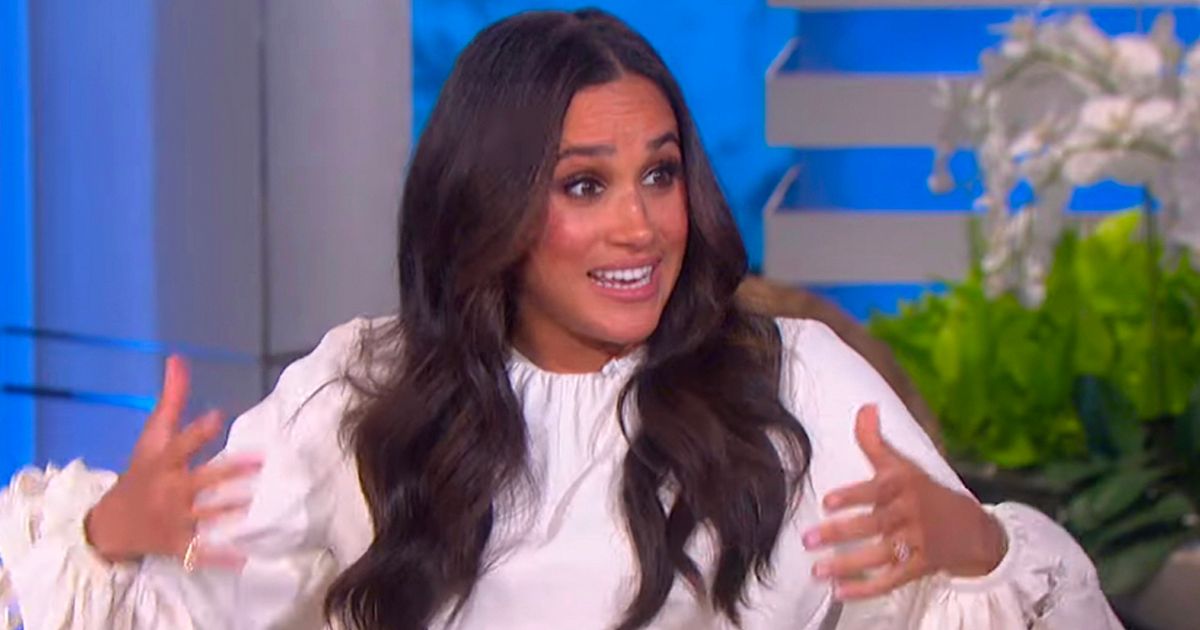 Meghan Markle admitted to TikTok sensation Stephen “tWitch” Boss on The Ellen Show that she was keen to recreate his popular videos, but Prince Harry wasn’t up for the challenge

Meghan Markle reveals advice from Harry when she was pregnant

Prince Harry wasn’t up for a couples dance with Meghan Markle during her last pregnancy.

The Duchess of Sussex joked with Ellen DeGeneres about how she was keen to recreate a viral dance routine with husband Harry, 37, but the former royal shut the idea down.

Meghan, 40, was a guest on The Ellen Show on Thursday when she made the revelation about her desires to dance.

The Duchess told the American TV personality and choreographer how she “loved” the the viral videos he made with his wife, Allison Holker.

The talented couple met on season seven of So You Think You Can Dance and throughout lockdown, performed various popular TikTok challenges together, including Drake’s Toosie Slide Challenge.

After being complimented by the mum-of-two, Stephen suggested that she and Prince Harry follow in their footsteps.

Meghan admitted that her husband told her “we can’t do that” after she showed him videos of the dance power couple.

She explained to Stephen how she first watched him move after friends forwarded her videos of his viral challenges – some of which included his pregnant wife at the time.

The dancers carrying out one of the viral challenges during lockdown
(

The American-born star confessed that after watching the clips, she mooted to Prince Harry that they should get in on the fun with their own version as she was pregnant with their second child, Lilibet.

But Meghan’s hopes of becoming a viral sensation were dashed when Prince Harry told her they “can’t move like that”.

During the segment on The Ellen Show, Stephen offered the budding dancer some personal choreography lessons to get her up to scratch for the next challenge.

“I might take you up on that,” Meghan replied to his kind offer.

Prince Harry and Meghan relocated to American at the start of 2020 after sensationally quitting their lives as working royals.

Speaking with host, and neighbour, Ellen, Meghan revealed how the pair have settled in well in their new Los Angeles home.

The star explained that due to the fact they moved during lockdown, a huge chunk of their time has been spent indoors.

She went on to reveal that husband Harry enjoys “the lifestyle, the weather’s pretty great” and added: “We’re just happy.”

Elsewhere during her interview on the American daytime TV show, Meghan discussed her desire for paid family leave to be implemented in America.

The Duchess of Sussex explained how the United States is “the only country in the entire world that does not have a paid federal family leave program”.

“I will do everything I can to make sure that we can implement that for people,” she said when chatting with Ellen on Thursday.

America is currently the only rich country that does not have national paid maternity leave.