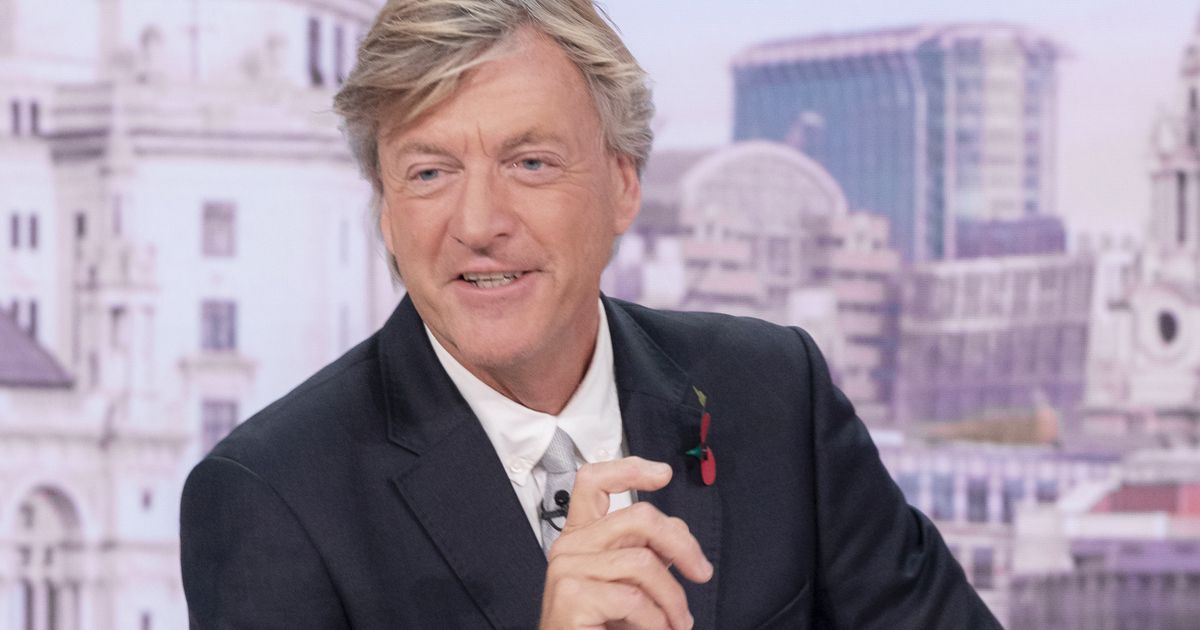 Good Morning Britain host Richard Madeley won’t be phased by the infamous camp dunny on I’m A Celeb, thanks to his experience with an outdoor toilet as a child

I’m A Celeb: Richard Madeley says he can’t wait to get started

Richard Madeley won’t mind cleaning out the toilet during his stint on I’m a Celebrity…Get Me Out of Here!

The TV presenter has revealed he won’t be phased by the gruesome dunny due to having to deal with an outdoor lavatory throughout his childhood.

Dubbed “the gloryhole”, the Good Morning Britain host had to muck in and help clean his grandparents’ “wooden shack” of a toilet when visiting as a kid.

Thanks to spending time on the remote farm as youngest, Richard, 65, is more than prepared to pitch in when he enters Gwrych Castle in Conwy on Sunday for the ITV series.

Speaking with The Sun, the TV veteran recalled his time spent on the “isolated” farm, which didn’t get full electricity until the late 60s.

“It was very isolated, or it was then, and they didn’t have an indoor toilet till I was about nine or ten,” he told the publication.

“So they had a dunny. It was known in the family as the gloryhole. It was basically a wooden shack in the orchards behind the farmhouse.

“You went in and there was a wooden seat with a hole in it, worn smooth by my grandmother’s cheeks. And, yeah, you sat on that and you did your business.”

Richard will soon be slumming it in the I’m A Celebrity…Get Me Out of Here! camp
(

The dad-of-two went on to explain how “[cleaning] out the dunny” was one of the chores required to complete as a “price” for staying on the family star.

Richard – husband of fellow TV star Judy Finnigan – went on to claim it was a “fantastic” farm and after lots of practise cleaning out the outdoor loo, he got used to it.

The popular broadcaster seems to be looking forward to his stint in the Welsh castle.

The line-up for the 21st season of I’m A Celebrity…Get Me Out of Here!
(

Speaking to The Mirror, Richard admitted that he sees the ITV series as a “great big party with silly forfeit games”.

“I think going on this program, it’s a bit like going to a great big party with silly forfeit games, and that’s how I’m regarding it,” he explained.

“I’m regarding it very much as a piece of entertainment, not just for people watching it, but for me doing it.”

Despite looking forward to his stay in Gwrych Castle, the star did admit he would miss his wife Judy – confessing it will be the longest the pair have ever spent apart.

The former This Morning duo first met in the early 80s
(

Richard also revealed that his participation on the reality TV show will see him miss his 35th wedding anniversary on Sunday.

“On Sunday, which is when the first show goes out, that’s our 35th wedding anniversary actually,” he told The Mirror.

“So that will be the first wedding anniversary that I’ve missed and it’s a big one. I gave her a present before we left and a card, which she will open on the day.

“We’re going to really miss each other. I’ll miss her a huge amount,” the doting husband continued.

“I spend every day of my life with her, either working with her or in the house. So, yeah, that, I’m already feeling strangely dislocated. She’s my right arm and she’s not here.”

The new series of I’m A Celebrity… Get Me Out Of Here! Starts at 9pm on Sunday on ITV.