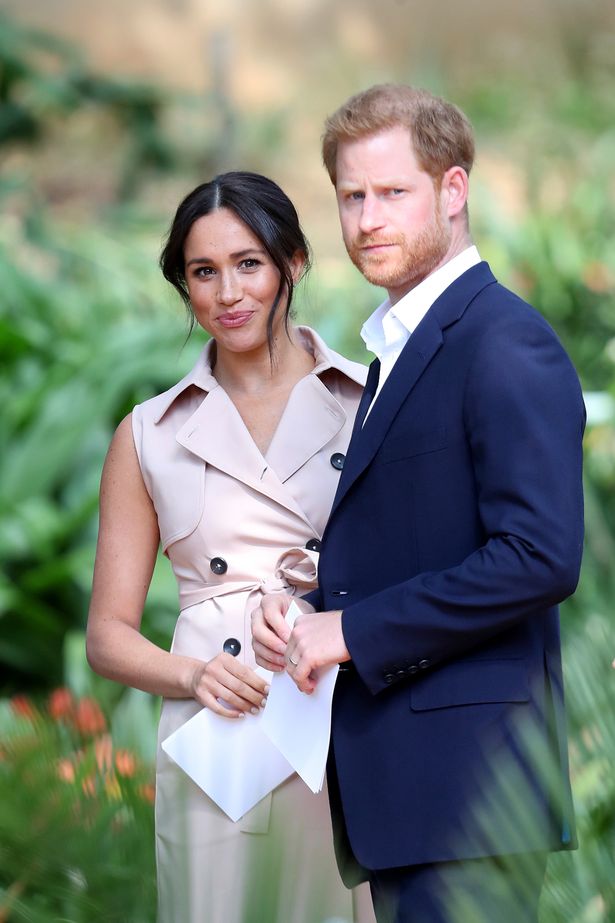 Oprah’s interview with Meghan Markle and Prince Harry has sparked a bidding war among UK broadcasters with ITV emerging as the ‘frontrunner’.

The Duke and Duchess of Sussex are thought to have spoken candidly about their lives in and out of the royal family after announcing last week that they had officially quit being a royal.

The 90-minute interview will air on CBS in the United States on March 7 and now bidding war has been sparked for the rights to air it in the UK.

Variety has claimed that Sky have ruled themselves out of the running and the BBC is thought to not be involved, as they are airing a special with the Queen, just hours before the explosive interview is broadcast in the US.

It has been claimed that the chat will “shine a light” on the tensions with the royal family with Meghan revealing how it was “stepping into life as a royal, marriage, motherhood, philanthropic work”.

It is expected that she will also discuss “how she is handling life under intense public pressure”.

Meghan and Harry are expecting their second baby after moving to the US.

A royal source has told The Sun that there could be turmoil ahead for the royal family as Oprah is good at getting out the juicy details.

They said: “Oprah is skilled at getting people to talk about their feelings and bound to take them down a path they’ll almost certainly regret.”