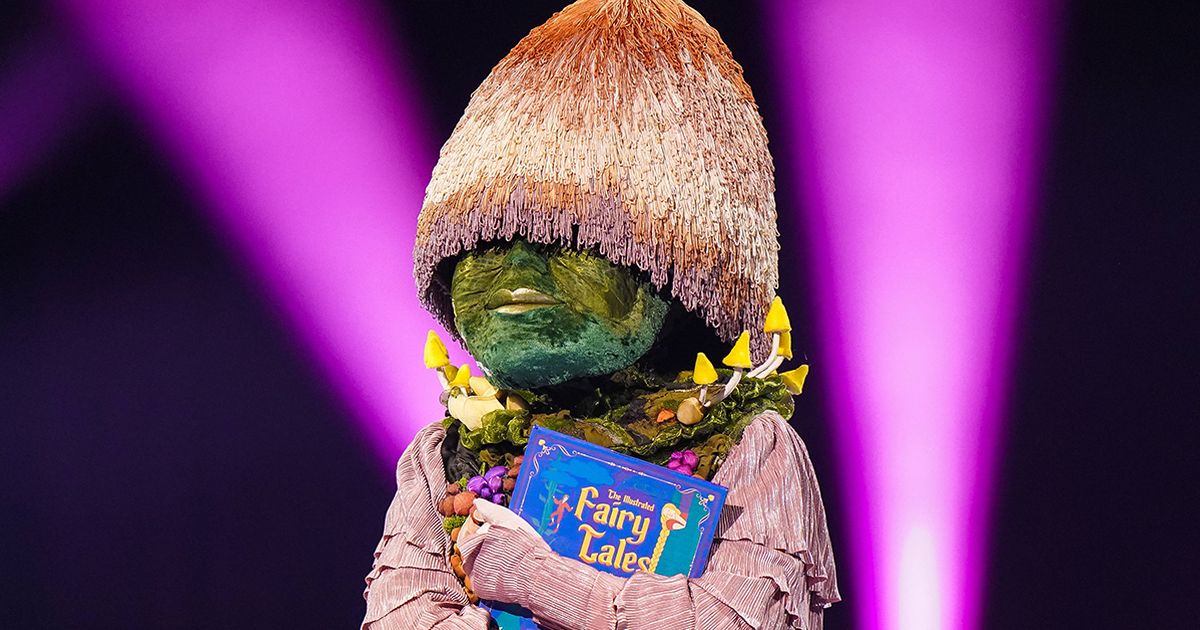 Masked Singer viewers have become even more convinced of Mushroom’s identity after their latest performance on the popular ITV singing competition over the weekend.

The disguised celebrity has made it through another week, with them now set to compete against Robobunny and Panda to be declared the winner in the upcoming final.

There have been a number of clues about Mushroom’s identity over recent episodes, with many fans convinced that they know who is hiding underneath the costume.

And some viewers are even more convinced after the individual belted out an operatic note at the end of a performance in the semi-final on Saturday night.

Mushroom has made it through the upcoming final
(

It came during a rendition of ballad the Power of Love. The song, originally released by Jennifer Rush in 1984, was notably covered by Celine Dion in 1993.

Fans had already speculated that Mushroom is Charlotte Church, 35, and the note has further fuelled this, with viewers saying the song was sung too well for it to be anyone else.

The acclaimed performer rose to fame as a classical singer during her childhood and later ventured into pop music. She has since been a presenter and political activist.

Following the latest performance, viewers took to Twitter to share their belief that she’s behind the mask, with one writing: “Mushroom can sing! That last bit was Charlotte Church.”

Many fans are convinced that Charlotte Church is behind the mask
(

The contestant performed two songs in the latest episode, with their vocal range hinting towards the operatic singer
(

Another said: “Charlotte Church for Mushroom. What a voice. The ease she got to that top note at the end. Wow.”

Whilst a third wrote: “It’s definitely Charlotte Church. She’s a trained opera singer so can definitely reach those notes.”

“That brought goose bumps. Mushroom is defo Charlotte Church,” said another, whilst a fourth wrote: “Only Charlotte Church can sing that good. She’s definitely Mushroom.”

And another added: “With this final song, there’s surely no way Mushroom is anyone other than Charlotte Church!”

The masked celebrity’s vocal ability isn’t the only hint that it could be Charlotte underneath the costume. Viewers have noticed that other clues fit the singer, including a phone-in number that appeared in a previous episode.

A number of clues seem to fit Charlotte, who began her career as a classical singer
(

Joel Dommett presents the Masked Singer, which will air its latest final this coming weekend
(

The fake number, which was 345997, featured at the end of a clue package earlier in the series, with fans noting that it fit Charlotte in two different ways.

Firstly, her career began when she called into This Morning back in 1997 and sang to its hosts over the phone. Fans pointed out that the number had 97, a reference to that year, at the end.

Additionally, some viewers managed to decipher that the numbers could correspond with letters on an old-fashioned mobile. They worked out that the number could translate to ‘eglwys.’ The word, which is Welsh, translates to Church in English.

Other clues that point towards her include a reference to having given a speech in front of 250,000 people – with Charlotte having done just that at an anti-austerity march in 2015.

There was also a gavel in a previous clue package which could be a nod to Charlotte having been a judge on BBC musical theatre competition Over the Rainbow back in 2010.

Additionally, viewers were shown a clock that read 01:28 – with one fan noting that her first album – Voice of an Angel – reached Number 28 in the US Charts.

The Masked Singer is set to conclude with its final on ITV this coming Saturday. Catch-up through the ITV Hub.

Who is Mushroom on The Masked Singer? All the clues and fan theories ahead of final