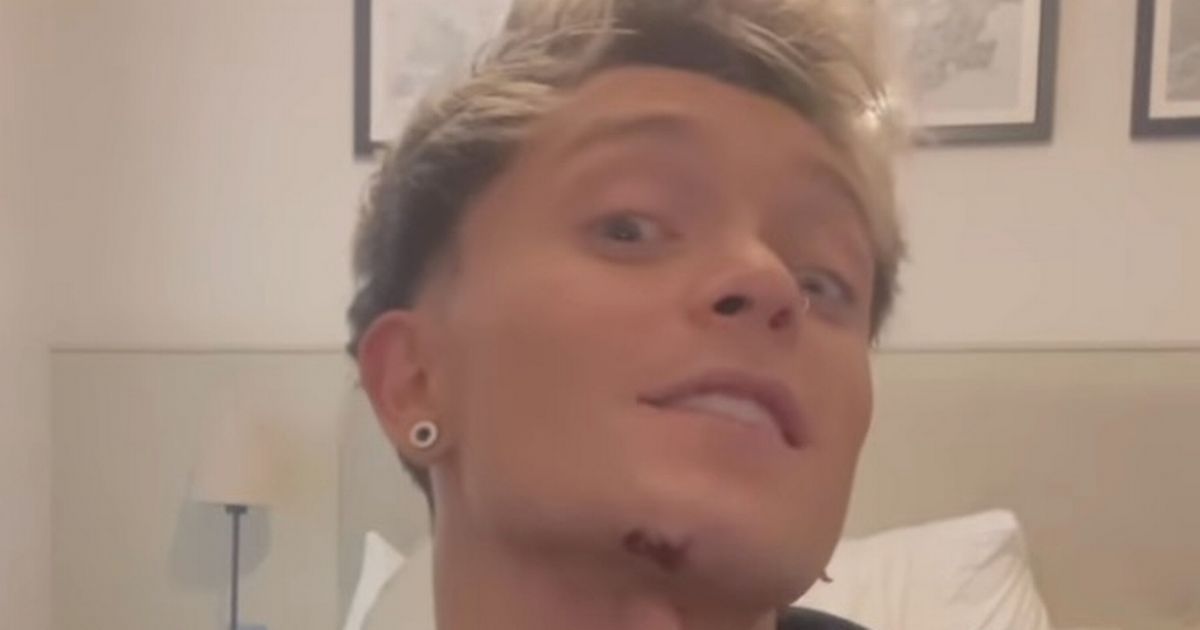 Connor Ball took to Instagram on Sunday evening to offer his followers an update on the horror fall which left him bleeding on air during Dancing On Ice.

The Vamps star, 25, performed his skate on the hit ITV show this week, earning himself an impressive 33 points out of 40, despite injuring himself just minutes before he was about to go on air.

He was handed a tissue by one of the production staff as he stood to get his scores and critiques.

Shortly after the show, Connor uploaded a video of himself to the social media platform showing his nasty cut.

He told the camera what had happened before the show. “Yo, what’s up everyone?” he began.

He showed of his stitched wound
(

“Luckily it’s been stitched up now. I had five stitches.”

He went on to thank viewers for their votes and praised the “amazing” team he was working with.

The musician also uploaded a snap of himself all dressed up and ready to go on the show prior to the incident.

In the caption, Connor wrote: “Well, that was an interesting night… smashed my face off the ice then scored our highest score so far of the show!

But honestly thank you so much to everyone that jumped in to help so quickly, everyone on the show is bloody awesome and I’m lucky to be surrounded by great people.

“Ps. the last photo is the shirt i SHOULD’VE worn before it got covered in blood.”

Judge on the show Oti Mabuse sent the star a message on the comments section, saying: “Get well dude.”

His dance partner in the competition, Alex Lukasz, commented: “Connor Fall is NOT back. Honestly so proud of you partner, you smashed it literally and you are a rockstar for getting back out there!

“Takes so much courage! Huge thank you to everyone on the team-wouldn’t have been able to do it without you.”

Connor was seen by medical professionals after his fall and had stitches before still deciding to go out and skate.

He managed to secure himself a good score as judge Christopher Dean admitted a similar thing had happened to him in the past.

Showing off his own scar, Chris told him: “Welcome to the club.”

Phillip Schofield steps down from This Morning as Covid misery continues