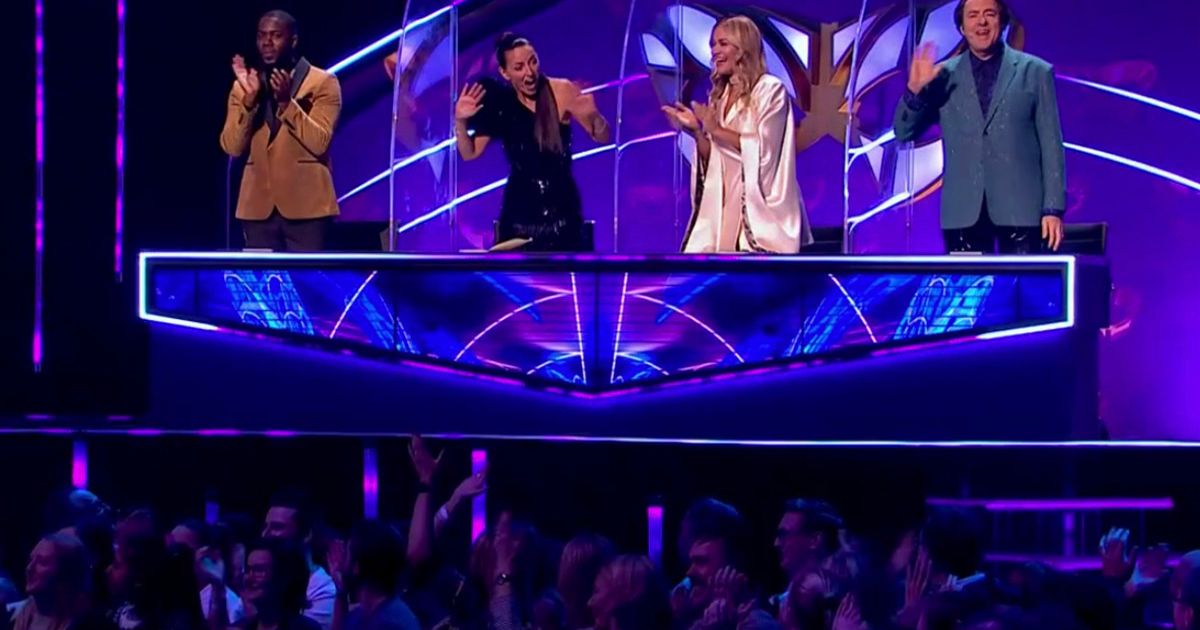 ITV’s The Masked Singer returned tonight, but fans couldn’t get over why the audience weren’t wearing masks when the judges were still separated by perspex screens

The Masked Singer fans weren’t happy that the show’s audience was “packed in like sardines” despite Covid restrictions.

The eagerly-awaited ITV show returned tonight, but many viewers were annoyed that the judges appeared to receive preferential treatment.

However the audience appeared to be sitting side-by-side and not wearing face masks.

Last year there were far fewer people in the audience and those who were there did wear masks and sat socially distanced from one another.

Fans of the show questioned whether the new series was meeting Covid guidelines.

One viewer wrote: “Panel divided by chunks of Perspex. Audience crammed in like sardines.”

Another fumed: “Why are the audience all sitting next to each other and all rammed in and then they have a screen between all the judges. I suppose the judges are more important than the audience.”

And a third asked: “Hey, @ITV. Why are the #MaskedSinger panelists separated by screens, but there’s no distancing in the audience?”

The smash-hit series was filmed in November before the wearing of masks inside was reintroduced to prevent the spread of Omicron.

“All Covid safety protocols were adhered to during filming,” an ITV spokesperson told The Sun.

Despite the Covid concern, the bonkers show was as popular as ever with viewers tuning in in their millions.

In the first episode of series three, M People’s Heather Small was revealed as Chandelier.

Speaking about taking part in the show, Heather said: “I’d seen Gabrielle and Joss Stone saying how much fun it was and in these most challenging of times a little bit fun is good for everyone.”

She also said that keeping mum about her identity was a challenge, revealing : “I would say it is difficult, especially when you are with one of the nosiest people on the planet – my mother!”

It’s as bonkers as ever
(

It was confirmed last year that the third series would launch on New Year’s Day, with a second episode on January 2.

Joel Dommett returned as host, with the panel staying the same as the second series.

There are 12 characters in total, with six performing on the first episode, and six appearing in the second.

This year Robobunny, Lionfish and Doughnuts, Chandelier, Mushroom and Firework were all in the first episode.

On Sunday night, viewers will meetTraffic Cone, Poodle, Rockhopper, Snow Leopard, Bagpipes and Panda – with one character set to get the boot.

The Masked Singer UK continues Sunday at 7:30pm on ITV.