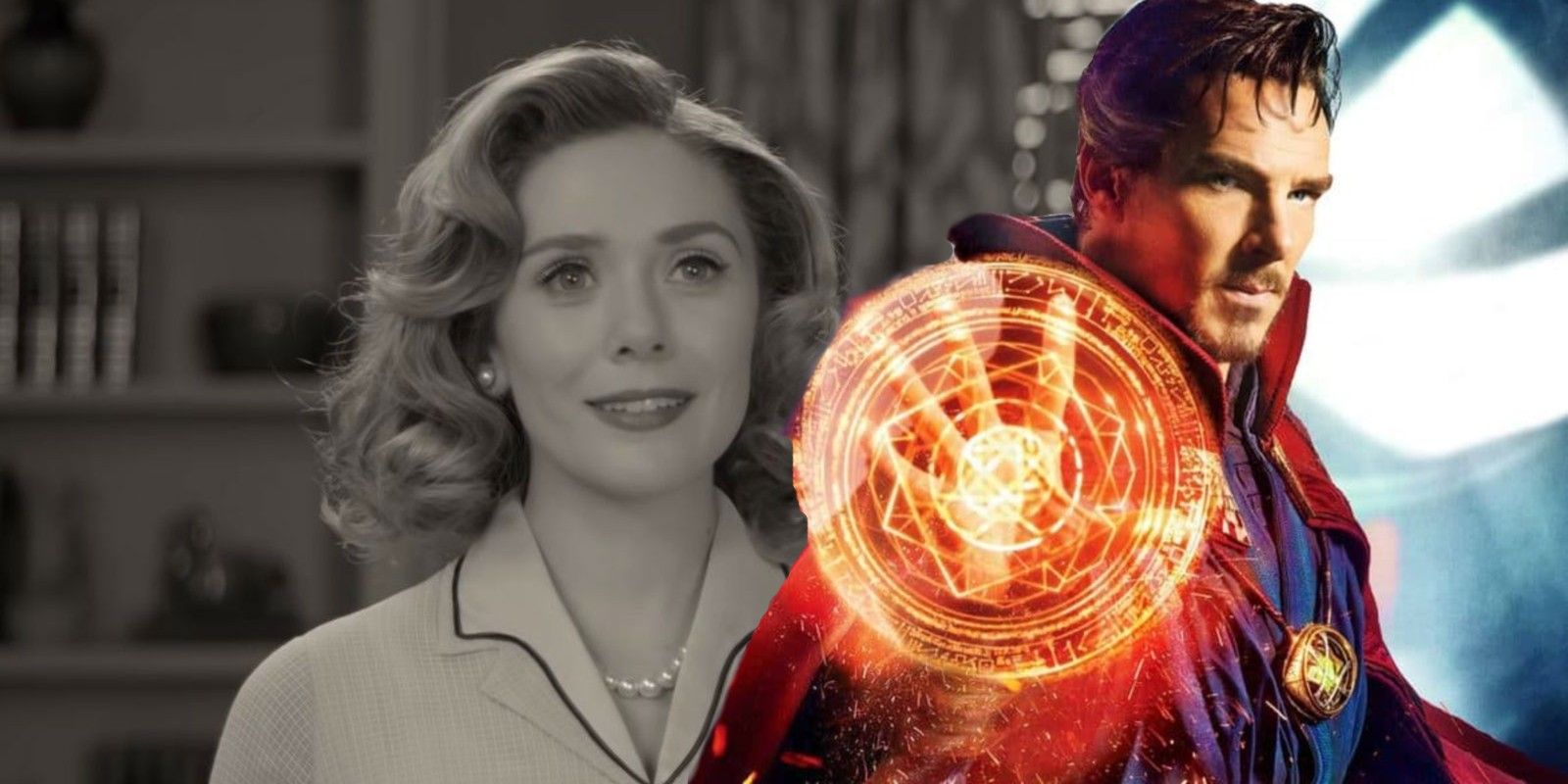 WandaVision stars are surprised by their fellow Marvel stars with their own fan-questions. After an extended hiatus following the Infinity Saga, MCU Phase 4 is finally launching with the Elizabeth Olsen and Paul Bettany-led series. And to show support, some of their co-actors make an unexpected appearance during the show’s virtual press conference.

As part of Marvel Studios’ expansion plans, the MCU is officially coming to the small screen via a series of shows exclusively for Disney+. First out of the gate is WandaVision which is a sitcom-inspired project that will show the titular Avengers live what appears to be the ideal suburban life as newly-weds. The pair is joined by a string of familiar faces like Randall Park’s Jimmy Woo and Kat Dennings’ Darcy Lewis. Meanwhile, Teyonah Parris is debuting grown-up Monica Rambeau. Kathryn Hahn, on the other hand, is b0arding the MCU in a mysterious role only known as Agnes.

With the much-awaited debut of WandaVision nears, Marvel Studios wraps up their marketing with a virtual press conference posted on Disney+’s official Twitter account with some surprise guests towards the end. MCU stars Tom Hiddleston, Anthony Mackie, and Benedict Cumberbatch sent Olsen, Bettany, and the rest of the show’s cast their hilarious but mostly irrelevant questions. Hiddleston calls out Bettany for ripping off his character (“When we last saw Vision in Infinity War, he was no longer living, but now he’s alive. Don’t you think that’s more of a Loki thing?“), Mackie says Wanda and Vision are his favorite Avengers, then asks, “What makes me your favorite Avenger?,” and Cumberbatch asks what a lot of fans have been thinking: “Can you give me a hint about what’s going on here? It looks like you’re jumping through time, but we just did that, so… yeah.” Watch it all unfold below starting at around the 22-minute mark.

Hiddleston and Mackie are set to follow WandaVision‘s example with their own Disney+ shows: Loki and The Falcon and the Winter Soldier, respectively. Both of them are set to debut in the coming months after WandaVison, so it makes sense that they’d cheer on the pioneer Marvel Studios series. As for Cumberbatch, Doctor Strange might still make an appearance on the upcoming show since the events of WandaVision tie to Doctor Strange in the Multiverse of Madness for a seamless transition for Scarlet Witch, who’s also set to make an appearance in the Sam Raimi-directed sequel. Most of them have worked with Olsen and Bettany in previous MCU projects.

Outside of their superhero personas, the actors have also spent a bit of time promoting Captain America: Civil War or Avengers: Infinity War, since all of them perished in the snap coming into Avengers: Endgame. In any case, the fact that Hiddleston, Mackie, and Cumberbatch came up with hilarious questions proves that they have a good rapport with each other, which is important, considering that they’re expected to be the face of the MCU moving forward. Obviously, they can’t also talk about spoilers, so this was an effective way to evade those tricky queries.

For what it’s worth, Marvel Studios’ Phase 4 appears to be up to a good start with reviews mainly praising WandaVision for its comedy and performances from the actors. Granted that press people have only been given access to its first three episodes, the word of mouth could help pique the interest of those who may not be particularly invested in the MCU. In any case, with the show launching on Disney+ in a matter of hours, viewers can make up their minds with this new endeavor from the successful franchise.