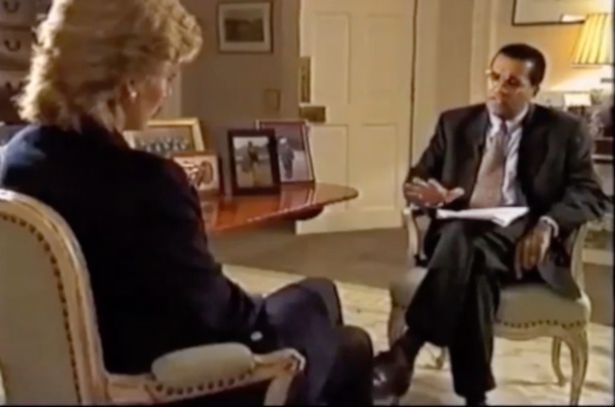 An investigation into Martin Bashir ‘s 1995 Panorama interview with Princess Diana has found that the journalist deceived her brother in order to secure the explosive sit-down chat.

A report by Lord Dyson, the former master of the rolls and head of civil justice, was released today.

It had been launched after questions about the tactics used to land the interview were questioned.

The late princess’ brother Earl Spencer had alleged that Bashir showed him fake financial documents relating to his sister’s former private secretary Patrick Jephson, and another former royal household member, and told outlandish and untrue stories about the royal family to gain access to her.

“I also reiterate that the bank statements had no bearing whatsoever on the personal choice by Princess Diana to take part in the interview. Evidence handed to the inquiry in her own handwriting (and published alongside the report today) unequivocally confirms this, and other compelling evidence presented to Lord Dyson reinforces it.

“In fact, despite his other findings, Lord Dyson himself in any event accepts that the princess would probably have agreed to be interviewed without what he describes as my ‘intervention’.

“It is saddening that this single issue has been allowed to overshadow the princess’ brave decision to tell her story, to courageously talk through the difficulties she faced, and, to help address the silence and stigma that surrounded mental health issues all those years ago. She led the way in addressing so many of these issues and that’s why I will always remain immensely proud of that interview.”

The BBC previously delayed the broadcast of a Panorama investigation into the interview.

It was expected to air on BBC One on Monday but was postponed due to a “significant duty of care issue”, according to the broadcaster.

It will now air tonight at 7pm.

Bashir, who was the BBC News religion editor, left the corporation last week on health grounds.