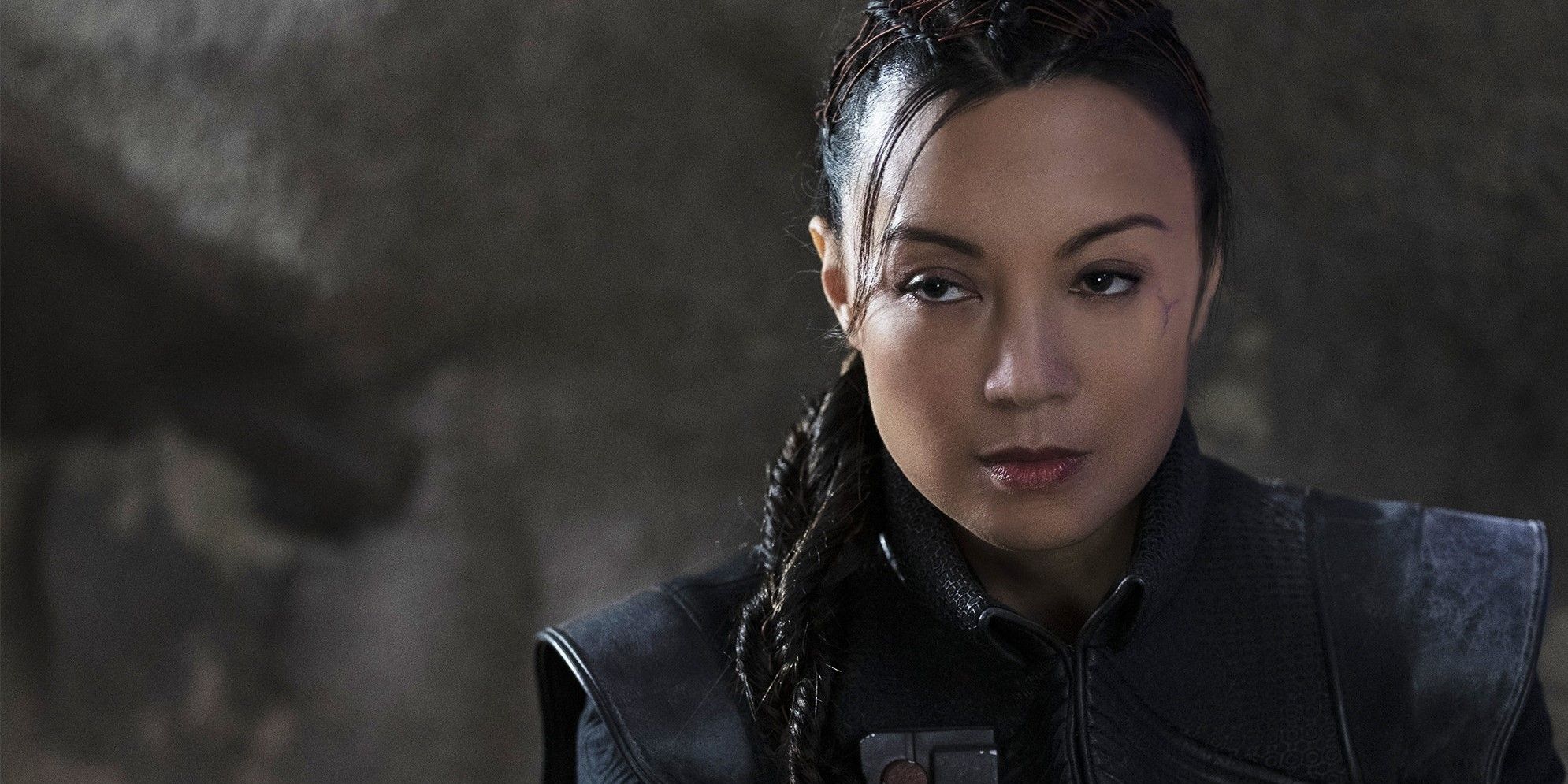 The Mandalorian actress Ming-Na Wen reveals the inspiration behind her character Fennec’s hairstyle. Wen first appeared as Fennec Shand in the first season of Star Wars‘ first live-action series, The Mandalorian. Fennec was on the run from the New Republic when bounty hunter Din Djarin (Pedro Pascal) went on a mission to hunt her down. Din and rookie bounty hunter Toro (Jake Cannavale) found her in the Dune Sea on Tatooine, resulting in Toro shooting her point-blank in the stomach with a blaster, presumedly killing her. However, in the final moments of the episode, she is saved by an unknown figure, who was later revealed in season 2 to be Boba Fett (Temuera Morrison).

Fennec’s surprise return in season 2, episode 6, “The Tragedy,” saw her targeting Din to help Boba retrieve his armor. However, the sharpshooter ended up teaming up with the bounty hunter, as she and Boba aided him in his rescue of Grogu from Moff Gideon (Giancarlo Esposito). The success surrounding The Mandalorian has resulted in multiple spinoffs, including the upcoming The Book of Boba Fett, in which Wen’s Fennec will also have a major role. Before that series, however, Wen will also lend her voice as a younger Fennec in Disney+’s new animated series, Star Wars: The Bad Batch. While Fennec did not appear in the first two episodes, she is set to join the series soon. Among many of Fennec’s traits and features that make her such a popular character in the Star Wars universe is her hairstyle.

In an Instagram post celebrating “Fennec Friday,” Wen revealed the inspiration behind her character’s signature hairstyle. Wen explained that Fennec’s intricate braid with the orange cording is a nod to the character’s name, which is also a type of fox. Wen’s full post can be seen below:

While The Mandalorian has not revealed very much about Fennec’s life, viewers will likely learn a lot more about Fennec’s backstory once her character appears on The Bad Batch. The Bad Batch takes place years before The Mandalorian and The Book of Boba Fett, which means fans will get to see Fennec in her early days. The Book of Boba Fett will also expand on her character arc, and with the popularity of her character and Disney+’s rapid expansion, a spinoff revolving around Fennec shouldn’t be ruled out.

While not too much is known about Fennec yet based on her appearances in The Mandalorian, it seems that Wen and the show’s hair department had a very good idea of who the character is. The Mandalorian benefits from having a high budget to make the sets and wardrobes as intricate as possible. It often goes unnoticed how much work and care goes into a character’s hairstyle or wardrobe, but posts like Wen’s shows that even a braid can tell a lot about a person.